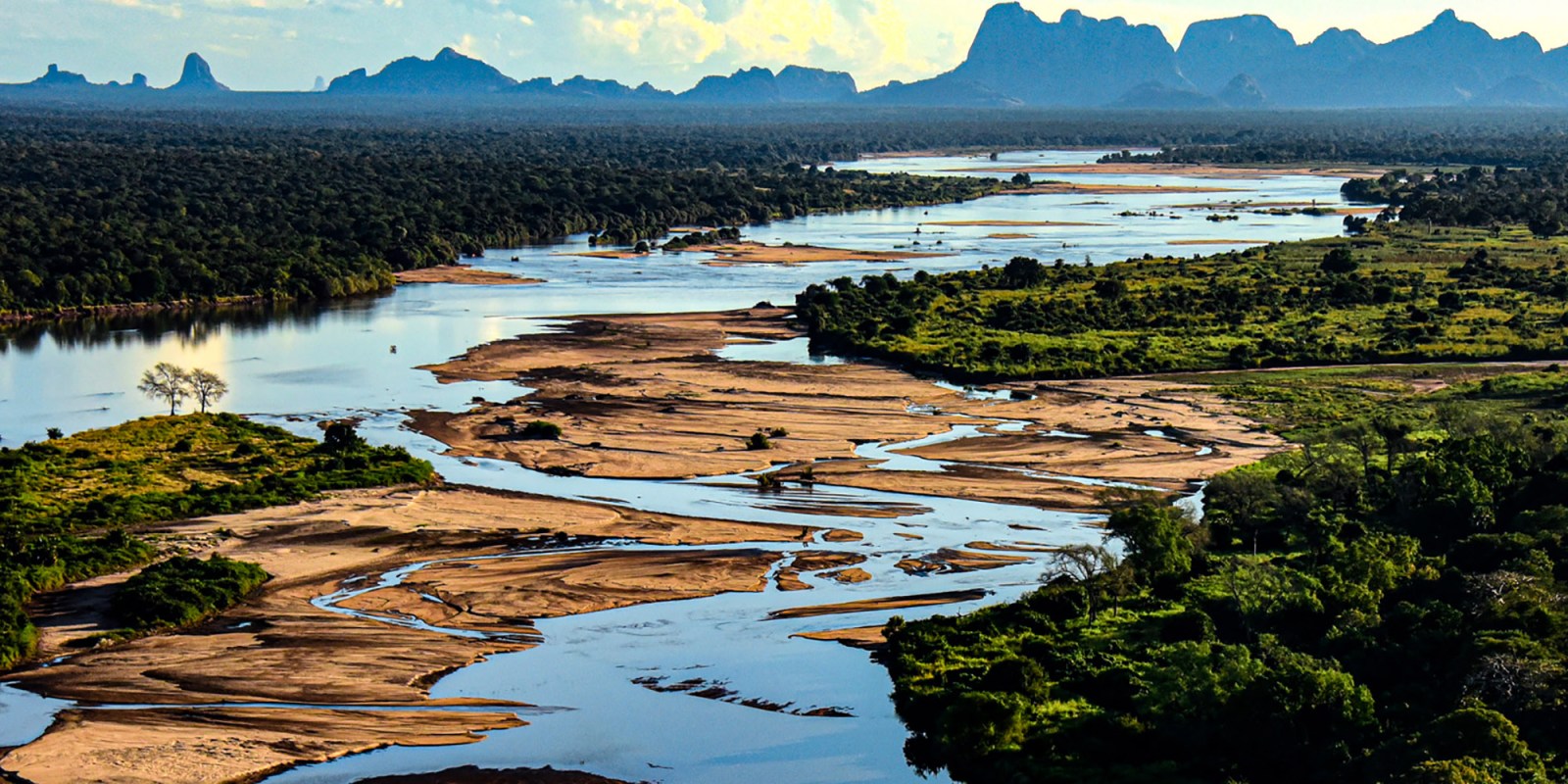 Two years ago, Mozambique’s spectacular and vast Niassa Special Reserve, bordering on Tanzania, was just getting over a horrific period of elephant poaching. Then it was swamped by Cyclone Eloise. Yet the resilient Mozambicans took it in their stride. Then it was reported that Islamic State fighters arrived in the neighbouring Cabo Delgado state. And now they’re in Niassa.

The Islamic State (IS) insurgency in northern Mozambique has taken a new, sinister turn, moving inland and westward into the Niassa Special Reserve, since the first attack on November 25 destroying four towns and displacing over 2,000 people en route, according to the UN-aligned International Office for Migration (IOM). This figure, from Tuesday 14 December, focused on just one of four affected districts, doubled from the day before.

In this wilderness space of 42,000 square kilometres, larger than all of South Africa’s protected areas combined, and co-managed by Mozambique’s National Administration for Conservation Areas (Anac) and the Wildlife Conservation Society (WCS), another humanitarian crisis beckons, with a potential environmental catastrophe lurking around the corner.

The conflict is linked to the insurgency in neighbouring Cabo Delgado, which, although it began in 2017, exploded when the once sleepy fishing village of Palma was attacked by Islamic fundamentalists, primarily because French company Total was developing a $20bn (£14.6bn) gas liquification plant for the second largest gas reserve in Africa just off Palma, and there was wealth to be had.

Palma had become a thriving hub for Mozambique’s burgeoning gas industry, attracting a building boom of hotels, banks and construction yards. There was significant foreign investment in town and more than 1,000 foreign workers linked to the gas industry.

The eyes of all concerned by the mere mention of ISIS were drawn to northern Mozambique, and almost half a year after the Palma attack and public beheadings SADC and Rwandan troops were sent to help the Mozambican military. It is thought that this combined pressure has forced the insurgents to move east into Niassa.

Experienced southern African commentators will remember the tragic tale of Gorongosa National Park’s demise, before its current revival. Once frequented by Western film legend John Wayne and his Hollywood acting set, the Park, its people and wildlife soon fell victim to over two decades of civil war, a period in which the Park became a central Mozambique butchery.

The co-director of the Niassa Carnivore Project, Colleen Begg (no relation to the writer), who, with her husband Keith has spent 19 years in Niassa, working in partnership with government and communities “to secure the safety of large carnivores”, says the same fate threatens the reserve.

The Project occupies a significant, established position in the NSR’s conservation and community space. The Project’s 2020 Annual Report reveals that it employs 101 staff (98 are Mozambican), 44 community guardians and 160 seasonal staff, some of whom are engaged in distance education in finance and environmental management.

According to German news service Deutsche Welle, via a Mozambican news portal, Mozambican police chief Bernardino Rafael claimed on 14 December  that a ‘terrorist’  leader — “a Muslim from Mecula” — was recently killed by members of the country’s Defence and Security Forces (FDS).

Local Niassa residents will fear the consequences of the insurgents being allowed to penetrate deep into Niassa’s thick bush just before the region’s big rains. Between late December and April, it will be impossible for any conventional government forces to follow them. The fear of anyone concerned about Mozambique’s people and wildlife is that the terrorists will dig in, raid, poach, attack and burn.

The Carnivore Project co-director says the incentives for conservation will be gone.

“People will look to the bush for meat as they always have, and it will provide, but the conservation losses will then mirror the devastation of the communities, and will create a cycle that will be difficult to recover from.” Gorongosa’s recent history, far to the south, is living testament to exactly that experience.

Niassa offers a landscape in many ways as unique and compelling as Namibia, yet it has only recently shown signs of recovering from intense poaching. Colleen, speaking from visiting family in South Africa while Keith works with ANAC and WCS in assisting with humanitarian efforts, says Niassa was just getting over the worst of the challenges.

The implications of the Niassa insurgency

She speaks of what she calls the “hidden costs” to the developing insurgency inside Niassa Special Reserve.

“We nearly lost the elephants”, says the former Johannesburg schoolgirl, referring to 18,000 lost to poaching before stability was reached, “how much more is at stake?”

“85% of our team are from the Mecula District. They have nowhere else to go, This is their home, their livelihood and their future.”

After the first attack of this Niassa insurgency, Colleen says she was warned by an elder, born in Niassa Reserve and a survivor of the two previous (liberation and civil) wars, Mzee Mustafa, to take the insurgency “very seriously…this is not a game, and we need to be very vigilant and work together to protect our families otherwise we will lose everything”.

In this compelling rural area of inselbergs, iconic miombo woodland in Niassa province — with all the wildlife within — and occasional meandering rivers, Mozambicans have lost everything before, and work is scarce. What jobs there are, are found in tourism and conservation, with at least 500 permanent staff employed through various conservation organisations, and hundreds of seasonal staff.

When this writer visited Niassa over ten years ago, tourism was a tree-trunk largely occupied by sport hunting, with ecotourism an emerging branch overhanging the reserve’s winding and iconic Lugenda river. The hunted wildlife was skittish.

With increasing ecotourism operations taking root in Niassa over the past decade, however, game-viewing became easier and more rewarding, more visitors arrived, and more people had work.

Like a relentless attack by an elephant, that tree has suffered relentless annual body-blows in the past two years, with Covid resulting in almost no visitors in 2020 according to Colleen, and only 40-60% recovery in 2021.

“Tourism will not recover easily as memories are long and…..we all know that insecurity and conservation are not comfortable bedfellows.”

Banks are also averse to insecurity. While they put up with the relative threat to security posed by Eskom’s load shedding in South Africa, they will draw the lines at gunfire and killings as witnessed in Cabo Delgado in the past week.

Colleen says one bank in the district capital, Mecula, has closed, leaving them unable to pay their salaries.

“No one has access to their money and salaries. The next nearest bank is 140km away. Cash is risky now.” So, apparently is getting sick. Or shot.

“50% of health technicians have left (the Mecula area). Several clinics have been left without a medic. The ambulance can’t help, and little other transport is available for emergencies. Medicines can’t come in, and people can’t get out to hospital.”

Most of the people in Niassa are fishermen or subsistence farmers. This is the season for preparing fields and planting crops ahead of the rains, crops which provide the food needed to get through the long dry season.

“If this is not resolved soon there will be food shortages and hunger”.

The IOM has been releasing clear and detailed information daily on the numbers of people fleeing villages, including the genders and ages of those fleeing which village and the provisions needed to assist in their relocation.

President Felipe Nyusi in a speech at a military graduation ceremony in Nampula on Monday said “the enemy is scattering, they’re running away…” because the Mozambique military  and their allies from Rwanda and SADC had “imposed heavy losses on the terrorists in Cabo Delgado.”

Some tourism and conservation operators who have left the area say they have no confidence in the military’s ability to act. Colleen says she is waiting for an official government response.

Beyond the humanitarian crisis playing out now, uppermost in the minds of those focused on Mozambique’s rare biodiversity status will be another kind of hope. Hope that the country’s recent environmental focus — including President Nyusi attending the collaring of a Niassa elephant named ‘Mr President’, after him, as part of an elephant monitoring operation near a village in the reserve — will act as some sort of stimulus for the country to act quickly.

Beyond the conservation kudos that ‘Mr President’ attaches to Felipe Nyusi, ANAC has been busy, in partnership with both African Parks and the South Africa-based Peace Parks Foundation, consolidating environmental gains in many of the country’s parks. In the past three months alone ANAC and its partners were involved in relocating elephants to parks in Zambezia province and reintroducing cheetah to the Maputo Special Reserve in southern Mozambique, where they haven’t been seen since the 1960s.

So conservation and tourism, albeit Mozambique-slowly and in between cyclones, are both in a rebuilding phase.

It’s a well-worn and proven path, working with communities to ensure sustainable conservation of species.

Colleen says 100 children and their teachers from schools across the Reserve come each year to visit the Mariri Environmental and Skills Training Centre, which the Project opened in 2015.

A happy, idyllic vision shrouded in the dark cloud of Islamic State (IS) insurgents.

“We need to put a face and details to this”, says the former Parktown Girls High pupil. “Remember our humanity, over and above the fear and the horrific loss of a life, there are many daily struggles as the fragile social and economic infrastructure collapses.” DM/OBP