By JONATHAN CHADWICK FOR MAILONLINE

UK researchers argue that the portrayal of animals in nature shows, while entertaining, risks the spreading ‘misconceptions’ about species in the wild.

The study authors claim Dynasties – which is returning for a second series in 2022 – was pieced together with footage to form a dramatic, scripted narrative, just like a drama starring human actors.

They believe nature documentaries may have become a little too focused on drama and tension, rather than giving an accurate depiction of life in the wild.

Portraying wild animals as ‘soap opera-style characters’ in this way is ‘neither honest nor helpful’, they say in their paper, and can distort public understanding of matters like conservation. 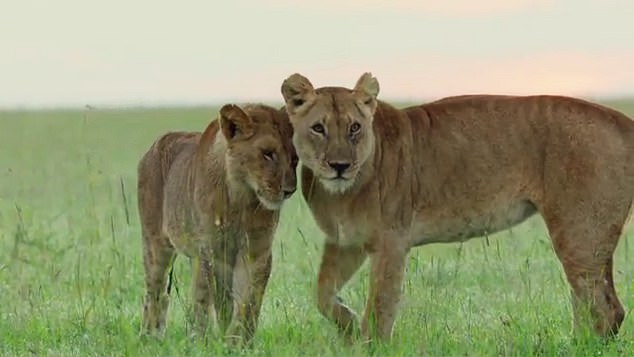 Image of a sick lion (left) with mother in an episode of the 2018 BBC documentary series Dynasties, narrated by Sir David Attenborough. The researchers believe nature documentaries may have become a little too focused on drama and tension, rather than giving an accurate depiction of life in the wild

‘Natural history documentaries are the closest many will get to seeing featured animals and their behaviour in the wild,’ said study author Professor Keith Somerville at DICE.

‘They are a significant source of information to highlight wildlife, conservation, and environmental issues.

‘Therefore, it is critical that rather than framing “stories” as soap operas to gain emotive impact, more focus is given to showing the true problems that exist in the natural world today.’

Although the authors mention the TV shows Meerkat Manor and Big Cat Diary, most of their study dissects Dynasties, which was first broadcast in 2018 and is currently available to watch on BBC iPlayer.

Dynasties aimed to tell the ‘true stories’ of the featured species – chimpanzees, emperor penguin, lion, African wild dog and tiger – each of which had their own hour-long episode that made up the series. 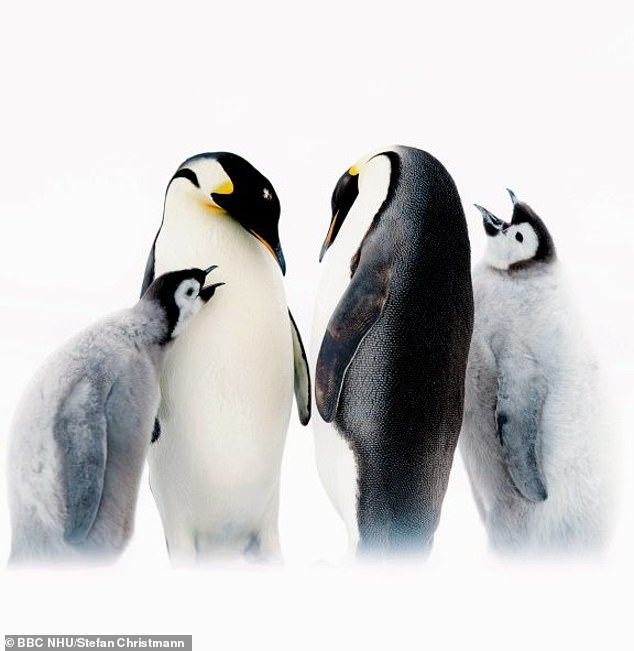 Emperor penguin parents, each with their own five-month-old chick, begging for food, in the episode of Dynasties entitled ‘Emperor’ 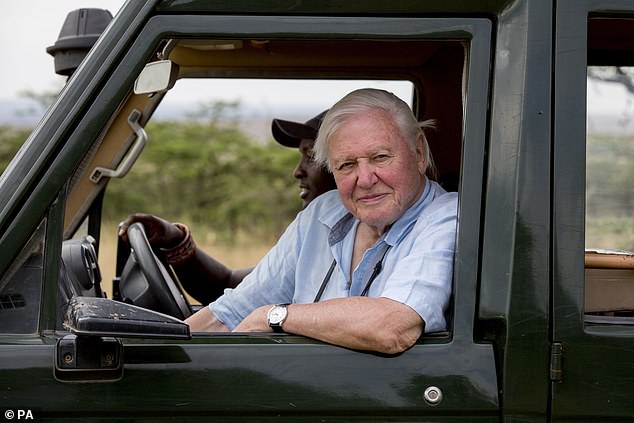 A common theme seen throughout the analysis of Dynasties was the portrayal of animals and their behaviour as though they have similar minds, motivations and personalities as people – known as anthropomorphism.

For example, the first episode shows the life of a dominant male chimpanzee – christened by the BBC ‘David’ – leading a troop in a Senegalese forest.

The life of a male within such a troop is all about ‘power, politics and the fight for survival’ – which arguably more accurately describes human behavioural traits.

Viewers are told that as the dry season begins, David’s potential competitors are gathering, that he’s alone and that he’s ‘never been more vulnerable’.

‘Anthropomorphism may in some circumstances enable people to relate more easily to wildlife and conservation issues,’ the team write.

‘[But] film‐makers and scientists who may contribute to documentaries do need to ensure that excessive anthropomorphism that may mislead or distort reality is avoided.’ 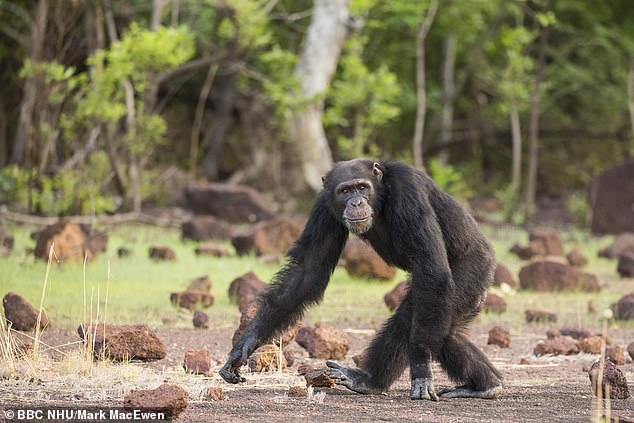 Shot from Dynasties shows an ambitious rival with an eye on David’s alpha position, in Senegal, West Africa

Also, false jeopardy, where normal situations in animals’ lives are presented as though they are unusual and far more dangerous than they really are, was commonly used to create suspense.

In a later scene, a fight between David and a group of young males is shown – at the end of which the screen fades to black with melodramatic music, implying death.

But David later recovers, rejoins the troop and retains dominance – evidence that the BBC production staff deliberately played up the drama in the earlier fade-to-black shot when they already knew David had survived.

Elsewhere in the series, the lion episode starts with the statement that lions are ‘the very image of majesty and indeed of Africa itself… [and] have ruled the savannas for millennia’.

Nature documentaries have never been as popular for informing people’s knowledge of the natural world, and influencing their understanding of wildlife, species and habitats, the authors believe.

But with conservation increasingly relying on public support, the researchers stress the importance of people being presented with factually correct information.

‘Personalisation of individual animals and the heavy use of a largely constructed or exaggerated jeopardy misinform viewers and may ultimately create problems for conservation by giving the public a distorted view of wildlife,’ they say.

This therefore leads to ‘a weak base on which to form opinions about how conservation should be pursued’.

Researchers admit that anthropomorphism is not necessarily a bad thing, and that some animals do possess some human‐like traits.

‘It is where the tendency to portray animals as humans is taken to extremes that it may have a distorting effect on public understanding of human-wildlife relations,’ they say.

The research paper, entitled ‘Soap operas will not wash for wildlife’, has been published in People and Nature.