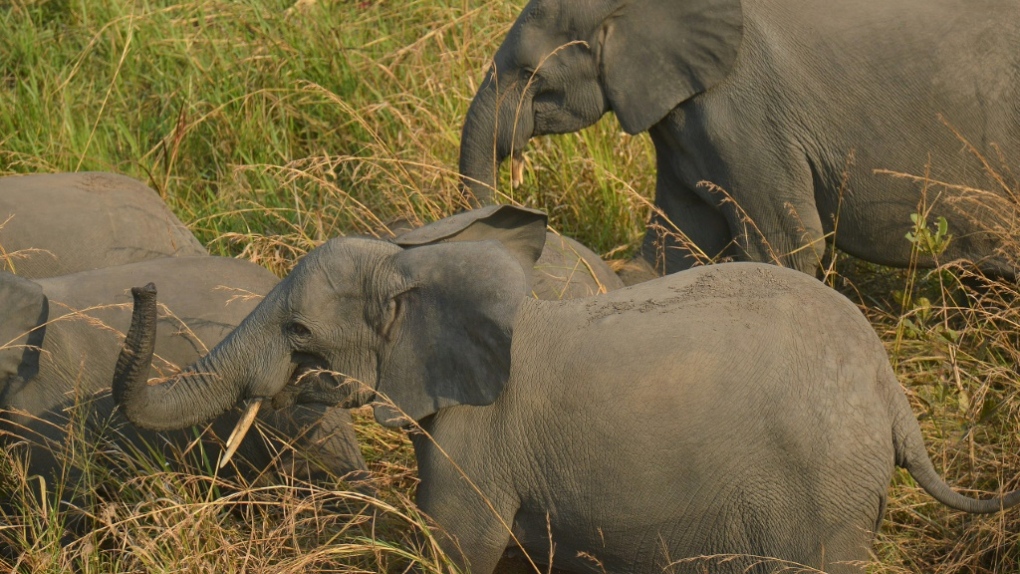 “The Congolese Institute for the Conservation of Nature confirms that two elephants from Virunga National Park (PNVi) yesterday (Thursday) caused the deaths of two farmers in Rutshuru territory,” it said in a statement.

“The casualties were elderly and could not escape,” he explained.

“We’re hoping to find a permanent solution by installing an electric fence so that the animals can no longer leave the park.”

Angry local people tried to march against park authorities but their protest “was stopped,” according to Alphonse Kambale, a delegate of the governor of North Kivu province, who called on the authorities to find “a lasting solution.”

The PNVi says it plans to extend an electric fence which is already operational along 156 kilometres (97 miles) of the park’s perimeter, providing security for farming communities on its edge.

Created in 1925, the park covers some 7,800 square kilometres (3,000 square miles) and is famously home to about a quarter of the world’s population of critically endangered mountain gorillas.

Its diverse range of habitats — from swamps to savannah and forests — accommodates more than 400 species of mammals, reptiles and amphibians, with 700 species of birds, according to the UN World Heritage Centre.

Tourists remain keen on visiting this natural treasure, even though North Kivu province has for 25 years been an epicentre of warfare and more recent clashes among armed groups vying for control of mineral wealth.

On January 10, six rangers were killed in Rutshuru when they were ambushed by a militia group, who lost two men, according to local officials.