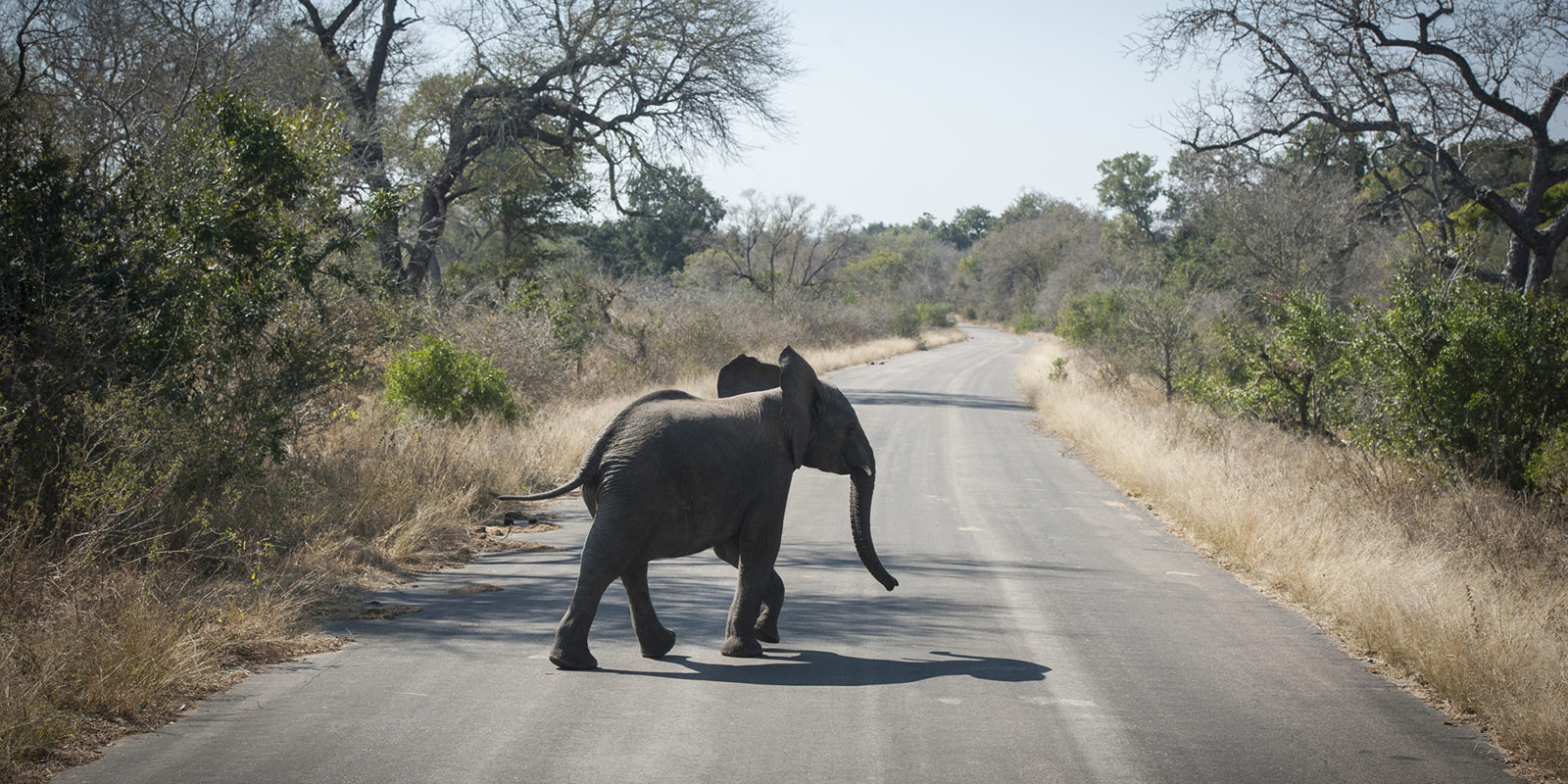 The lockdown’s restriction on movement has seen a drop in rhino poaching, but community hunger has led to an increase in poaching for bushmeat in reserves like the Kruger National Park.

The decomposing remains of an adult white rhino lie in the bush. Its horn has been cut off – the bleached skull and vertebrae the only evidence it ever existed.

On a recent visit to the site in the Kruger National Park (KNP), Rossouw described how his team found two bullets at the scene of the crime. A piece of the horn was also found and a sample for DNA profiling was sent for forensic testing. The results will be stored in a database and used to match horns to a particular kill and location if arrests are made.

Studying the scene, Rossouw was able to determine that the animal was shot at close range and that a knife was used to remove the horn. The knife tells him this was a professional job – less skilled poachers tend to chop the horn out with an axe.

A scene like this is sadly all too familiar in the KNP. There was a brief respite during Level 5 lockdown when the movement of people was curtailed, leading to a drop in the number of rhino poaching incidents.

In a recent statement, Minister of Environment, Forestry and Fisheries, Barbara Creecy, said: “With the Covid-19 associated countrywide law enforcement measures to restrict movement, the decline in rhino poaching compared to the same period last year is striking. This reprieve was specifically welcome in the Kruger National Park where, during April, no rhino were killed in the Intensive Protection Zone for the first time in almost 10 years.”

Between the start of the lockdown on 27 March until the end of June, 46 rhinos were poached across the country. Of these, 14 were poached during April, 13 in May, and 19 in June.

Between January and June, 38 suspected rhino poachers were arrested in the KNP and 23 firearms were confiscated. A total of 57 suspects were arrested during joint SANParks/SAPS operations outside the KNP, with 18 firearms being recovered.

But while rhino poaching might have tailed off during the lockdown, subsistence poaching for bushmeat is increasingly a problem.

“What we do find is a lot of meat poaching nowadays. People come and set snares for impala, kudu and buffalo. Even a hippo was killed recently. It is not as bad as rhino poaching was, but it has definitely increased over the last four months,” Rossouw told Daily Maverick.

The Famine Early Warning Systems Network’s (Fewsnet) Acute Food Insecurity map has revealed “crisis” levels of hunger in areas bordering the Kruger Park as well as huge swathes of neighbouring Mozambique. The next level is “emergency” – followed by “famine”. A similar pattern is evident on Kruger’s northern border with Zimbabwe.

Pilot Brad Grafton from SANParks air services, which play an integral part in assisting field rangers to control poaching, added: “Meat poaching has always been a problem in the Kruger, but the coronavirus has worsened that aspect… with people from the communities alongside the park coming in and poaching for meat.”

SANParks’ Isaac Phaahla emphasised that they would tighten access control and the monitoring of people entering the Kruger Park in an effort to further protect wildlife. DM