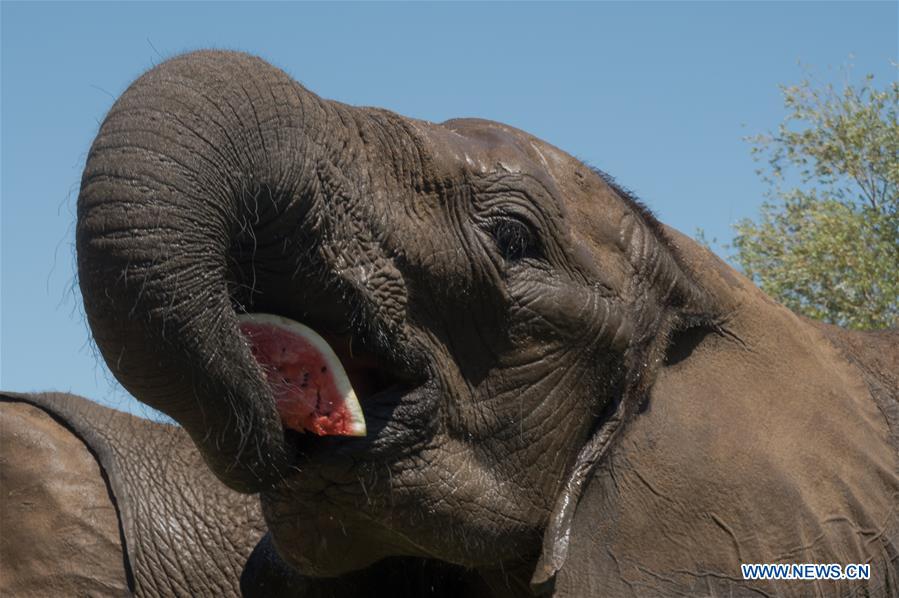 An elephant of Hungarian National Circus eats a slice of watermelon during a promotional event in Balatonlelle, Hungary on July 10, 2020. (Photo by Attila Volgyi/Xinhua)

East China’s Jiangsu Province on Tuesday cracked down on its largest case of smuggled ivory, in which the smuggler was sentenced to 11-and-a-half years in prison, and assets worth 500,000 yuan ($71,000) were confiscated for smuggling over 560 kilograms of ivory.

The smuggler, surnamed Dai, transported the ivory from his contact in Vietnam through South China’s Guangxi Zhuang Autonomous Region, which borders Vietnam, and then sold them in Jiangsu between December 2018 and February 2019.

Dai made more than 23 million yuan.  The ivories seized were identified as elephant tusks.

China banned the ivory trade on December 31, 2017. For elephant populations globally, and particularly in Africa, the trade has had a devastating effect, and the ban was hailed as a game-changer.

A survey conducted by the World Wildlife Fund (WWF) found a decline in elephant ivory buying, the fund said in December 2019. The WWF also tracked black market activities and found that wholesale prices of ivory in China have dropped, but also found that one consumer group has actually increased its interest in buying ivory – people who regularly travel outside the Chinese mainland.

The WWF warned that people who can travel abroad also have the most desire to buy elephant ivory, and their travels give them access to ivory products since some of the destinations most popular with Chinese travelers, including Thailand, Laos and Vietnam, still sell elephant ivory. While it is unlawful to bring the ivory out of one country and into another without special permits, travelers still risk it.