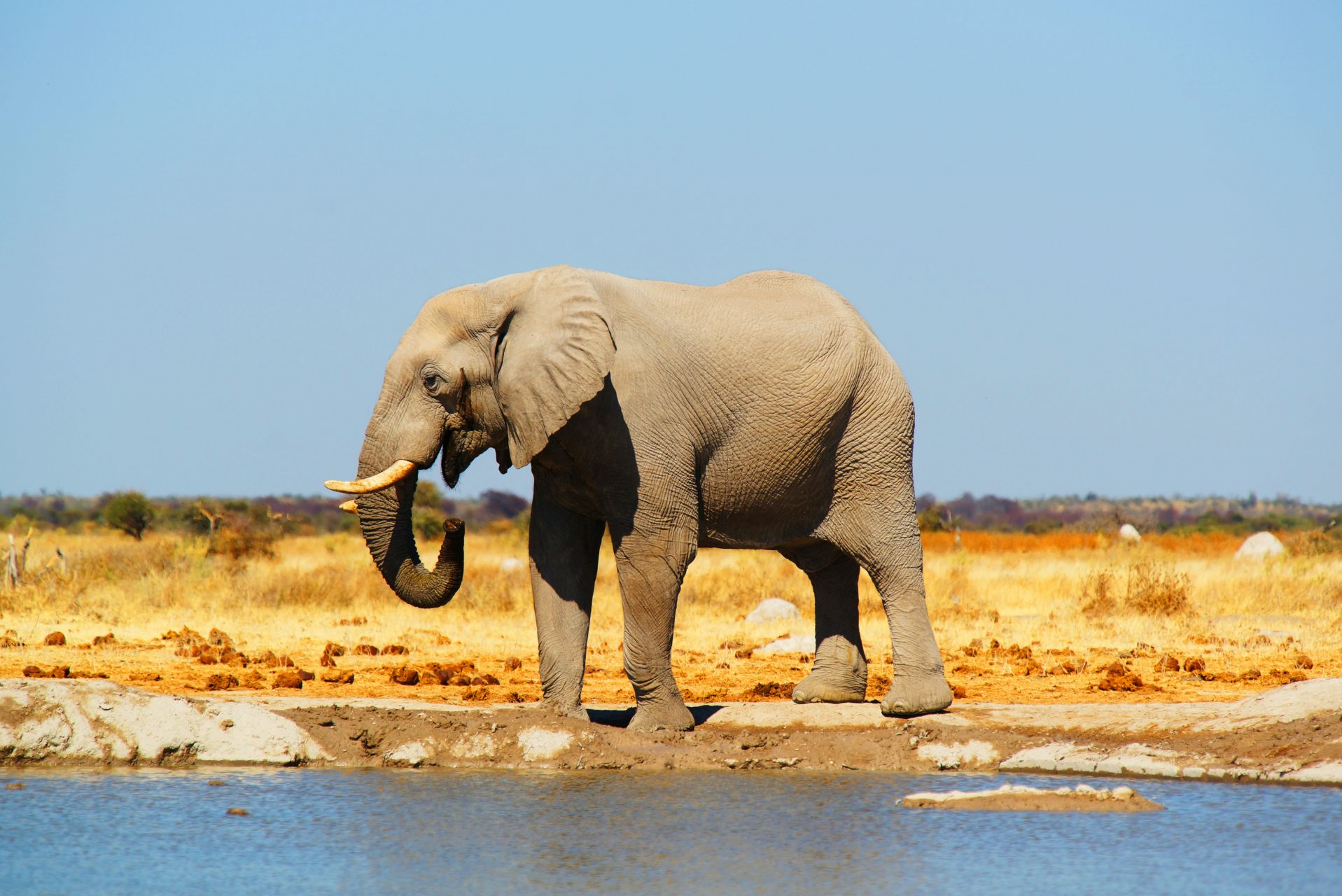 Professor Keith Somerville, a conservationist at the Durrell Institute of Conservation and Ecology (DICE), has commented on the current situation and stresses the need for The Botswana Department of Wildlife and National Parks (DWNP) to investigate it urgently. He said:

‘Most of the dead animals – of both sexes and a range of all ages – have been in what is known as the NG11 area, near the village of Seronga on the northern fringes of the Okavango Delta and appear to have died fairly recently. Dr Neil McCann, of the UK-based charity National Park Rescue, told the BBC that in early May locally-based conservationists alerted the government to the increasing numbers of deaths, having spotted 169 carcasses on a single three-hour flight.

‘Initial thoughts were that poachers had killed the elephants as they used waterholes (70% of the carcasses being at or very near waterholes). Yet, none had been shot and none had their tusks removed or showed signs of axe wounds around the base of the tusks.

‘Many of the elephants appear to have died where they stood, suggesting many died suddenly not from long-drawn out disease or starvation, and alive ones near waterholes seemed lethargic and unsteady on their feet. The Botswana Department of Wildlife and National Parks (DWNP) have ruled out either anthrax or poisoning with cyanide or strychnine – the latter poisons would have killed predators and scavengers that ate from the carcasses, and no dead lions, hyenas, jackals or vultures have been found. Nor have there been carcasses of other ungulates found in the area, nor have large numbers of dead elephants been found in the rest of the Okavango, Chobe, Nxai Pan or Mkgadkgadi Pan.

‘There are questions over why it has taken so long for the DWNP and government veterinary service to identify the cause. After they ruled out anthrax and poison, there were suggestions that it could be from chemicals from cattle dip or perhaps botulism. The latter could be the result of extensive cattle and wild ungulate deaths during a drought that came to an end with rains earlier this year. Over 40,000 cattle died in the northern Ngamiland region during the drought. It is possible that their carcasses in or near waterholes introduced toxins or bacteria that have caused elephant deaths, but the question is then, why only elephants?

‘An answer will only come when the Botswana government is able to do more extensive testing of a large number of carcasses. Given Botswana’s population of at least 130,000 elephants (a large proportion of which are in the Delta and northern Ngamiland) there would be several thousand natural deaths annually – higher during and just after a drought. So the deaths might not necessarily suggest a crisis, but the concentration of carcasses in one area and the strange manner of the deaths mean answers from testing are vital to determine what, if any, action needs to be taken.’