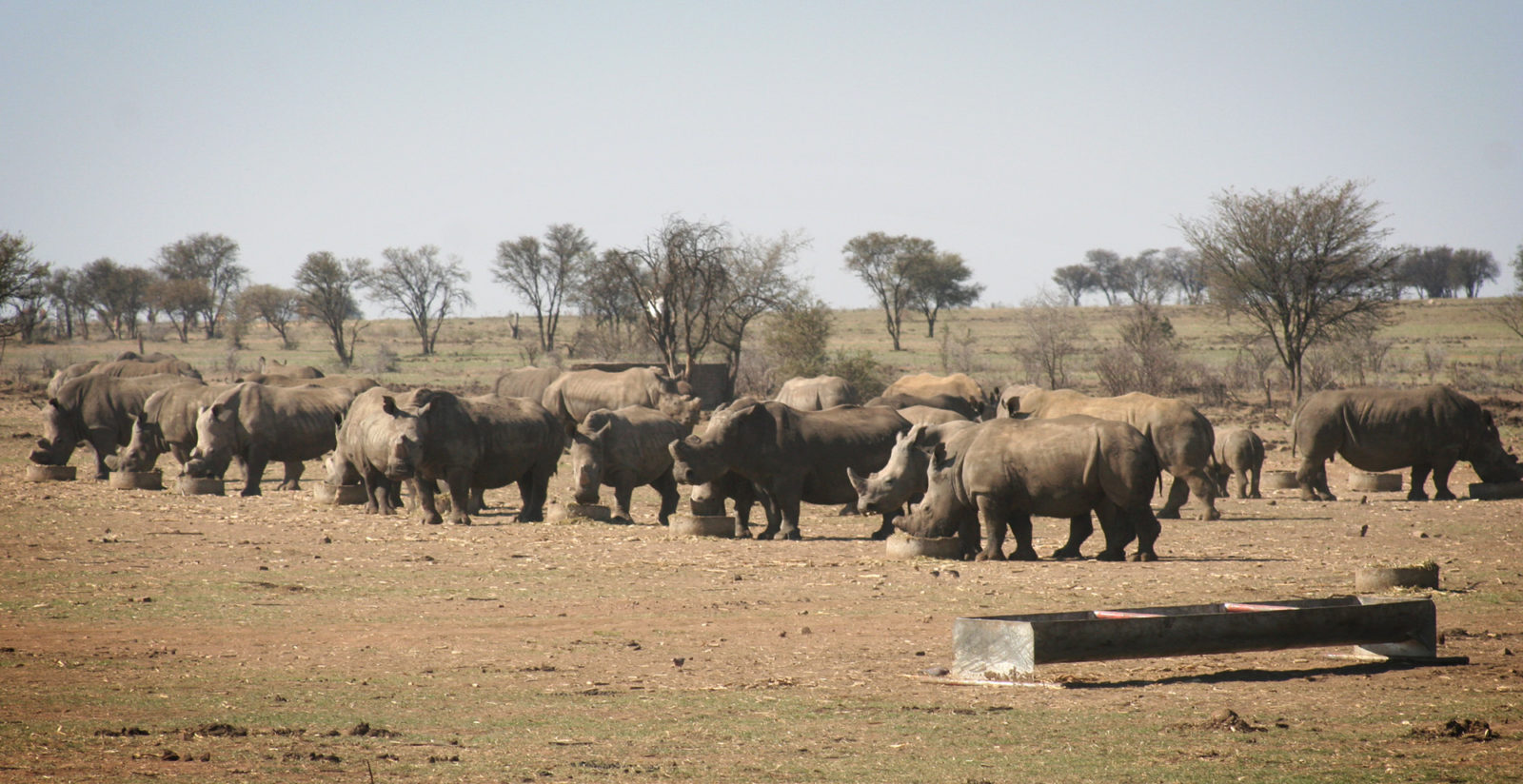 The poaching crisis and the Covid-19 pandemic have thrown up huge challenges for South Africa’s ‘experiment’ in megafaunal privatisation.

The findings come are unsurprising to the wildlife industry, but do provide much-needed empirical data for policymakers, game farmers and conservationists with an interest or a stake in the issues.

Close to half of South Africa’s population of white rhinos — the larger and more numerous of the two African rhino species — are in private hands. South Africa is home to more than 80% of the world’s white rhino population, so about 40% of the animals in the world, or about 7,000, graze on private ranches in the country.

This statistic forms part of a broader conservation success story that has seen mostly marginal agricultural land on private property — land that would require massive capital investments to allow crops to be grown commercially — “rewilded” into habitat for a range of wild species that cater to tourism’s game-viewing and hunting sectors.

This experiment in what has been called “faunal” or wildlife privatisation has been subject to serious stress in the past decade or so, notably due to poaching, which has seen thousands of rhinos slaughtered for their horns to meet hot demand in newly affluent Asian economies such as Vietnam.

The poaching epidemic has pushed up security costs for private owners — as well as for state-owned enterprises such as South African National Parks.

“Twenty-eight percent of rhino owners are disinvesting in rhino, 57% are pursuing business-as-usual (largely ecotourism) and 15% are investing in more rhinos,” said the study report.

“It is currently unclear whether this diversity in private rhino owners’ responses to the crisis is increasing the resilience of the rhino population to poaching.

“Some rhino investors show signs of financial stress. Most owners support rhino-horn trade to fund conservation, yet international trade remains banned. By contrast, a recent national policy amendment allows rhinos to be managed as livestock, risking a shift from rhino-for-conservation to rhino- for-production on private land. Our findings highlight an urgent need to ensure policies keep pace with dynamic socioeconomic environments that influence the sustainability of wildlife use,” said the report.

It is interesting to see how the three “clusters” — those divesting, those maintaining herds (business-as-usual) and those ploughing more capital into the species — were reacting before the pandemic set in.

“Investors tended to generate a higher proportion of their revenue through rhino-trophy hunting than the other two clusters,” the study found.

So, trophy hunting — regardless of popular public views about it  — has clearly been an incentive to some game farmers to invest in the species. No income is being generated at present from this sub-sector of the industry, but such farmers tend to have deep pockets, so presumably some, if not most, can ride out the current storm.

“Business-as-usual generated a higher proportion of revenue through rhino ecotourism and disinvestors were most dependent on live rhino sales. Business-as-usual was the only cluster with owners located across all nine provinces,” the study noted.

Many game farmers who are not investing directly in rhinos — but may have natural breeding happening on their land — are relying on ecotourism, or game viewing. Such farmers tend to have relatively few rhinos per hectare. This sector collapsed when the hard lockdown was imposed in late March, but has been thrown a lifeline of sorts with the reopening of reserves to day visitors — though affluent tourists from the likes of Gauteng cannot travel across provincial boundaries to enjoy the bush.

Those who are divesting are allowed to sell their rhinos via online auctions, or live auctions under very stringent conditions, so their ability to pull out is curtailed. It is a case of sellers without buyers — against a backdrop of already collapsing prices.

But if almost a third of investors are getting out, while 15% of them, those with the financial resources to do so, are diverting capital to them, South Africa might be witnessing the consolidation of “white rhino monopoly capitalism”.

“Disinvestors with increased security costs were selling rhinos, suggesting that they could not afford losses to poaching and the growing costs of mitigating this risk,” according to the study.

“This finding supports predictions that if the financial costs of conserving rhinos on private land outweigh the financial benefits, landowners will disinvest. The 75% drop in live-rhino auction prices, coupled with the dramatic reduction in live-rhino sales in recent years, is likely to be at least partly driven by this disinvestment in rhino, as well as further disincentivising owners from keeping rhinos. Most disinvestors would participate in legal horn trade, suggesting that such trade opportunities may curb disinvestment,” it added.

With the business-as-usual cluster, the study found they “tended to have low rhino densities and generated revenue from ecotourism”.

“Although rhinos are popular among ecotourists, the revenue generated by ecotourism (compared with rhino sales and hunting) is not directly dependent on rhino numbers. Ecotourism properties may, therefore, be less sensitive to poaching and less inclined to invest heavily in security.

“Furthermore, the widespread distribution of business-as-usual properties suggests that many fall outside current poaching hotspots in the savanna biome near South Africa’s northeastern borders, where many investors and disinvestors are located.”

This suggests that such rhinos are just one of many tourist draws and, because of their location, have been shielded from poachers. The loss of a rhino to poaching does not have a big impact on the bottom line — emotions aside.

Business Maverick spoke to Hayley Clements of Stellenbosch University, the lead author of the study.

“What this paper shows is that the cost-benefit ratio of owning rhinos has changed… The costs have gone up significantly and some farmers are divesting,” she said.

This is food for thought, even without delving into the thorny issue of rhino-horn trade, which remains banned internationally. Global rhino numbers are at their current level largely because of the efforts of South Africa’s private sector —a simple fact, whether one agrees or not with policies and politics that have given rise to this state of affairs.

But if almost a third of investors are getting out, while 15% of them, those with the financial resources to do so, are diverting capital to them, South Africa might be witnessing the consolidation of “white rhino monopoly capitalism”.

That raises all kinds of questions about humans’ relationship to the planet’s megafauna, which have been largely eradicated. BM