Shame IPP put a picture of Asian elephant, probably in India,  not one from Tanzania to accompany the story. KS
IPP Media
April 14, 2020 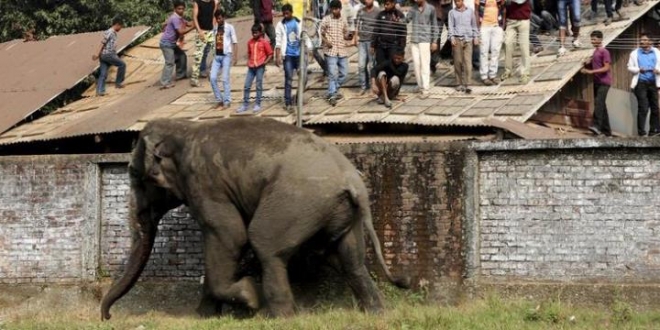 Tanzania Wildlife Authority (TAWA) and Tanzania National Parks Authority in Mikumi National Park in Kilosa district have been directed to work together with district and region’s wildlife officials to remove elephants rampaging from people’s settlements and farms so that villagers conduct their economic activities without fear.

The directive was issued by Morogoro Regional Commissioner Loata Ole Sanare at a special meeting he convened in Mvomero district that involved senior TAWA and TANAPA officials in Mikumi, Councillors chairmen and ward secretaries from the district’s seven wards that are repeatedly being invaded by rampaging elephants.

He said the jumbos have been coming out of the reserve and walking for 10 to 20 kms into people’s settlements destroying crops and have even killed villagers. He therefore appealed to the wildlife institutions to take immediate steps to arrest the situation as the residents have repeatedly been reporting of such incidents while no steps were being taken.

“As of now there is this challenge in all the districts in the region, it is high time for TANAPA and TAWA to come up with a sustainable to restrain the destructive animals, RC Sanare said. He also called on people whenever they see wildlife, including elephants in their midst, they must not kill them and if they do so legal steps will be taken against them. He said the responsibility to remove the animals from their settlements was on TAWA and TANAPA officers or game rangers.

TANAPA’s senior conservation officer Dominic Tarimo said in confronting the challenge, a special task force has been formed with modern equipment for the purpose. He said the task force has been given the responsibility to drive back wildlife that come out of the reserve and rampage people’s settlements, and appealed to ward and village leaders for their close cooperation.