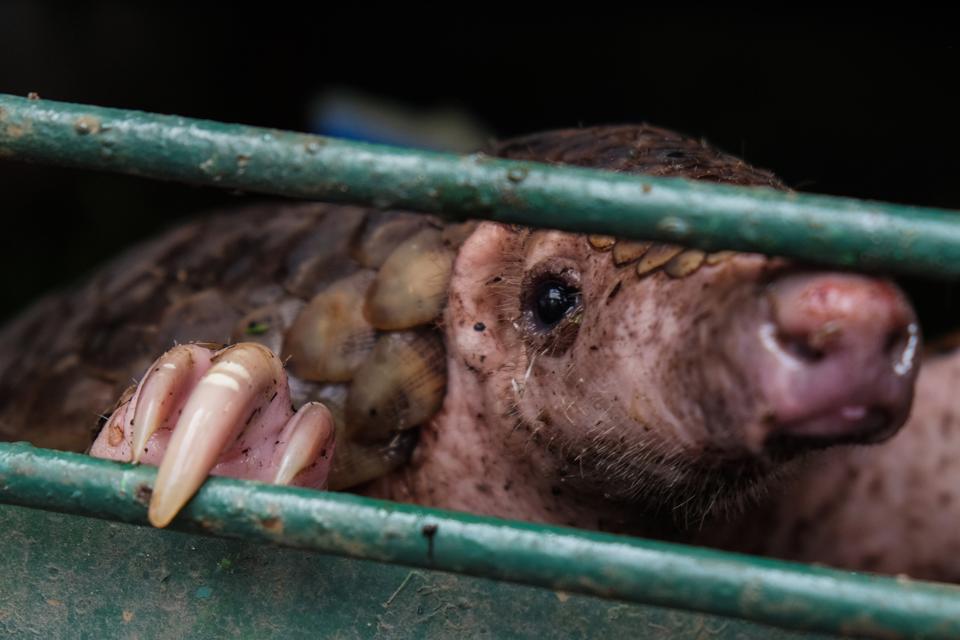 Topline: China’s top political body banned the trade and consumption of wild animals, CNN reported Monday morning, making the suspension enacted in January permanent as the coronavirus⁠—thought to have originated in a Chinese wildlife market⁠—continues to spread across the world.

Big number: Millions. That’s how many wild animals are believed to be trafficked each day, according to the Times.

Key background: China previously enacted a temporary wildlife trade ban during the 2002-2003 SARS epidemic. Once fears of that virus passed, wildlife trade continued. Scientists and conservationists have been calling for a ban for over three decades, while some groups have supported controlled captive breeding of some wild animals. According to the Times, the chances of a wild animal passing a virus to a human are pretty low, but the wildlife markets create environments that make transmission much easier. Cages are stacked on top of each other, and workers are not washing their hands or switching knives or chopping blocks for each type of animal. As of Monday morning, over 2,600 people have died from the coronavirus while over 79,000 have been sickened across the world.

Coronavirus: The race to find the source in wildlife

The race is on to find out how the deadly coronavirus jumped from animals to humans. Helen Briggs looks at how scientists are trying to trace the source of the outbreak.

Somewhere in China, a bat flits across the sky, leaving a trace of coronavirus in its droppings, which fall to the forest floor. A wild animal, possibly a pangolin snuffling for insects among the leaves, picks up the infection from the excrement.

The novel virus circulates in wildlife. Eventually an infected animal is captured, and a person somehow catches the disease, then passes it on to workers at a wildlife market. A global outbreak is born.

Scientists are attempting to prove the truth of this scenario as they work to find wild animals harbouring the virus. Finding the sequence of events is “a bit of a detective story”, says Prof Andrew Cunningham of Zoological Society London (ZSL). A range of wild animal species could be the host, he says, in particular bats, which harbour a large number of different coronaviruses.

So how much do we know about the “spillover event”, as it’s known in the trade? When scientists cracked the code of the new virus, taken from the body of a patient, bats in China were implicated.

The mammals gather in large colonies, fly long distances and are present on every continent. They rarely get sick themselves, but have the opportunity to spread pathogens far and wide. According to Prof Kate Jones of University College London, there is some evidence bats have adapted to the energetic demands of flight and are better at repairing DNA damage. “This might enable them to cope with a higher burden of viruses before getting sick – but this is just an idea at present.”

There’s no doubt that the behaviour of bats allows viruses to thrive. “When you consider the very way that they live, then they are going to have a large array of viruses,” says Prof Jonathan Ball from the University of Nottingham. “And because they’re mammals there’s a possibility that some of them can infect humans either directly or through an intermediate host species.”

The second part of the puzzle, then, is the identity of the mystery animal that incubated the virus in its body and possibly ended up in the market at Wuhan. One suspect for the smoking gun is the pangolin.

The ant-devouring scaly mammal, said to be the most widely trafficked mammal in the world, is threatened with extinction. The animal’s scales are in high demand in Asia for use in traditional Chinese medicine, while pangolin meat is considered a delicacy by some.

Coronaviruses have been found in pangolins, some claimed to be a close match to the novel human virus. Could the bat virus and pangolin virus have traded genetics before spreading to humans? Experts are cautious about drawing any conclusions. Full data on the pangolin study has not been released, making the information impossible to verify.

Prof Cunningham says the provenance and number of pangolins examined for the research is especially important. “For example, were there multiple animals sampled directly in the wild (in which case the results would be more meaningful), or was a single animal from a captive environment or wet market sampled (in which case conclusions about the true host of the virus could not be robustly made)?”

The market in Wuhan, which was closed down after the outbreak, had a wild animal section, where live and slaughtered species were on sale, including body parts of camels, koalas and birds. The Guardian reports that an inventory at one shop listed live wolf pups, golden cicadas, scorpions, bamboo rats, squirrels, foxes, civets, hedgehogs (probably porcupines), salamanders, turtles and crocodiles.

As far as we know, bats and pangolins weren’t listed, but authorities in China will have intelligence on what animals were being sold, says Prof Ball. “If the spillover’s happened once, you want to know whether or not this sort of thing can happen again, because it’s important from a public health standpoint,” he says. “And so you need to know exactly what species of animal it’s in and also what were the risks that gave rise to that spillover event.”

Many of the viruses we have become familiar with in recent years have crossed over from wild animals. This is the story of Ebola, HIV, Severe Acute Respiratory Syndrome (Sars) and now coronavirus. Prof Jones says the rise in infectious disease events from wildlife might be because of our increasing ability to detect them, growing connectivity to each other, or more encroachment into wild habitats, thereby “changing landscapes and coming into contact with new viruses the human population hasn’t seen before”.

If we understand the risk factors, we can take steps to prevent it happening in the first place without adversely affecting wild animals, says Prof Cunningham. Conservationists are at pains to point out that although bats are thought to carry many viruses, they are also essential for ecosystems to function. “Insectivorous bats eat huge volumes of insects such as mosquitoes and agricultural pests, while fruit bats pollinate trees and spread their seeds,” he says. “It is imperative that these species are not culled through misguided ‘disease control’ measures.”

After Sars in 2002-3, caused by a very similar coronavirus to the one now emerging in China and beyond, there was a temporary ban on wild animal markets. But the markets quickly sprang up again across China, Vietnam and other parts of south-east Asia.

China has again suspended the buying and selling of wild-animal products, which are commonly used for food, fur and in traditional medicines. Reports suggest this may be made permanent.

While we may never know exactly how or where the disease responsible for many deaths made the leap into humans, Prof Diana Bell of the University of East Anglia says we can prevent another “perfect storm”. “We are bringing together animals from different countries, different habitats, different lifestyles – in terms of aquatic animals, arboreal animals and so on – and mixing them together and it’s a kind of melting pot – and we’ve got to stop doing it.”