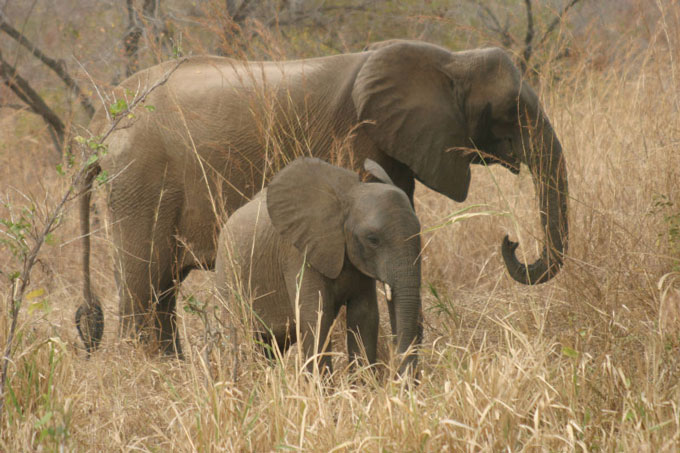 The official handover to the local authorities of the second phase of the Trust Fund project “support for community security and anti-poaching in the Gourma area” was held in Douentza.

Funded by the governments of the United Kingdom, Canada and the United States of America, the cost of the project is estimated at nearly 560 million CFA francs.

“The Gourma elephant reserve has a population of over 300 elephants. It is the only place in the Sahel where you can meet elephants”, said the head of the cantonment of Water and Forests, Commander Ousmane Samassekou.

The latter expressed his satisfaction after the establishment of a joint anti-poaching brigade, whose primary mission is to protect wildlife and their habitats from poachers, smugglers and other criminals.

According to Minusma, the main objectives of the project are to strengthen the capacities of two mixed anti-poaching brigades composed of 35 men each (Forest Guards and FAMa), so that they can better control and secure the reserve. The project thus provided communication equipment and means of transport including four 4 × 4 vehicles and an Ultra-Light-Motorized aircraft (ULM).

Capacity building sessions, in support of the Rangers and the Malian armed forces, were also provided during the first phase of the project and continued during the second. In all of the two phases, a total of 140 rangers were trained. A wall of four hectares built by Wild Foundation with the technical and financial support of the RSS-DDR section of Minusma through the trust fund.

“The ULM was officially handed over to the Air Force and the Directorate of Water and Forests under the supervision of the Ministry of the Environment and Sustainable Development in December 2018”, said Ms. Fatou Dieng Thiam of Minusma.

The prefect of the Douentza district, Massa Sangaré, welcomed the concretization of this second phase of the project. “Support for community security and anti-poaching in the Gourma area”, because, according to him: “the efforts by the two mixed anti-poaching brigades through their patrols have significantly reduced poaching. For the record, the last elephant killed dates from October 18, 2017 and then after, no case of poaching was reported, even less a poacher apprehended in Gourma”.

The area of the space called Gourma in Mali concerns three regions (Mopti, Tombouctou and Gao). This area covers 83 million hectares (approximately 83,000 km²), in eastern Mali, between the Niger river and the border with Burkina Faso.

For the Prefect of the Circle of Douentza, the construction of infrastructure, in particular the development and securing of the runway in his circle can facilitate operations to combat poaching by aerial surveillance.