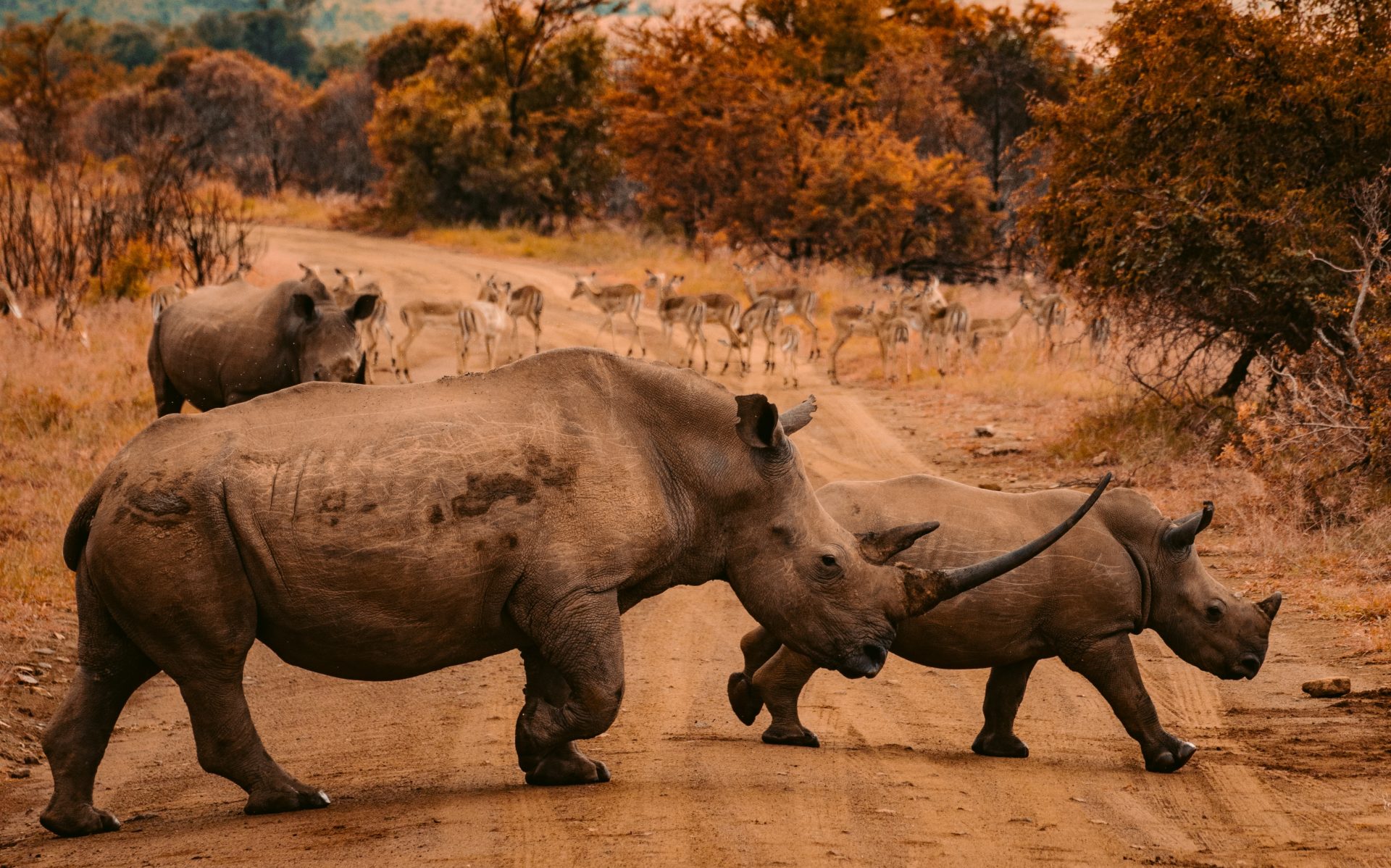 ‘In 2019 the number of rhinos poached in South Africa fell to 594, down from 769 the year before. In Late December 2019, the environment ministry in Namibia had announced that rhino poaching there had fallen to 41, down from 72 in 2018. These successes in reducing poaching numbers are to be warmly welcomed.

‘Before we all start celebrating that the rhino poaching scourge is being eradicated, though, the situation in Botswana, to where over 100 rhinos were relocated from South Africa in 2015 is extremely worrying, with 31 rhinos (23 white and 8 black) killed between October 2018 and December 2019 in the private safari areas of the Okavango Delta. Thirteen of the rhinos were killed between October and the end of December 2019. This spike in poaching occurred mainly in what are supposed to be heavily protected areas of the Okavango where anti-poaching units are supported by heavily armed units of the Botswana Defence Force (BDF).’ [KS adds for this site – One can also add that as we welcome the decline in numbers poached, we should also be aware that no census figures have been released for several years and even the lower level of poaching may be representative of an unacceptably high proportion of rhinos still being killed.Poaching may be falling partly because there are simply fewer rhinos there to be poached and they are ever more wary of humans. The South African Environment ministry must carry out a national census and release accurate figures.]

Where is the demand?

‘Africa’s white and black rhinos have been under poaching pressure for over 50 years, with spikes in poaching in the 1970s and again since around 2008. The market for rhino horn used to be in Yemen and the Gulf States with horn being used to make sought-after dagger handles.  Now the market is Vietnam, China and East Asia with scientifically disproved ideas that rhino horn can cure cancer, prevent hangovers and confer other supposed health benefits. Demand is such among the rich and ambitious (as it is a prestige commodity to show off to friends and business associates), that its price peaked between $60,000 and $65,000 per kg in 2018, Cathy Dean, CEO of Save the Rhino, believes there are signs the price may be falling and hopes it means demand may drop.’

How many rhinos are left in Africa?

‘The black rhino is slowly recovering from catastrophic levels of poaching. In 1993, fewer than 2,300 rhinos remained from populations of more than 65,000 in the 1970s. Today, black rhino numbers are somewhere between 5,366 and 5,627. The white rhino had similarly been almost wiped out but recovered from well under 100 through the 1900s to around 20,000 at the start of the new millennium. But the population has fallen because of high levels of poaching. Between 2012 and 2017, the poaching caused a 15% decrease in white rhino numbers. There are now between 17,212 and 18,915, according to Save the Rhino. They will only be conserved, and numbers allowed to recover if poaching is brought down from current levels. There is no single solution, but at the heart, as Namibia has shown will be getting communities to benefit from and support the presence of rhinos.’

Professor Keith Somerville is a member of the Durrell Institute of Conservation and Ecology at the University of Kent, where he teaches at the Centre for Journalism. His book, Humans and Lions. Conflict, Conservation and Coexistence, was published in July 2019, and he is now working on one entitled Humans and Hyenas. Monsters or Misunderstood.

The University’s Press Office provides the media with expert comments in response to topical news events. Colleagues who would like to learn more about how to contribute their expertise or how the service works should contact the Press Office on 3985 or pressoffice@kent.ac.uk