• The project which is 54 kilometres is set to cost Sh 4.4 billion. 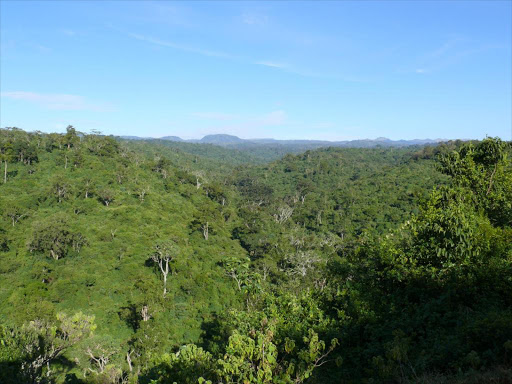 Conservationists have opposed the proposed upgrade of a road that cuts through the Aberdares Forest.

The Kenya National Highways Authority wants to upgrade the Ihithe-Aberdare Forest-Kahuruko-Ndunyu Njeru road. The project involves the upgrading of the section from earth to an all-weather road.

Kenha was yet to respond to inquiries by time of going to press.

The road will connect Nyeri and Nyandarua counties. The 54km road is set to cost Sh4.4 billion and is expected to be completed by 2023.

In a letter dated November 29, 2019, the Trust says it has serious grounds for concern about the environmental impacts of the proposed upgrade. “Our concerns are not made as a bid to hinder the development of the local communities and business owners but with the aim of conserving the environment for the benefit not only of the local community members but all Kenyans,” the trust said.

The Trust, a key stakeholder in the conservation of the Aberdare ecosystem, said the road will cut through the moorland ecosystem which is important for water catchment and wildlife. “It will also cross the moorlands of the Aberdares that are extremely fragile ecosystems and gazetted as National Park.”

The letter is copied to PS Infrastructure, PS wildlife, KFS board Chair, and KWS Board chair.

Nema in a letter to Roads PS on October 27, 2009, had indicated that the authority was unable to issue an environmental impact assessment license for the upgrade.

This, the environmental agency said, was because the proposed project would have massive impacts on natural forests.

Nema said Aberdares is one of the five water towers and it provides water to Nairobi City and feeds Lake Naivasha, the backbone of Kenya’s horticulture.

Tourism CS Najib Balala and Kenya Wildlife Service director general John Waweru said they were not aware of the project.

The road will start at Ihithe market in Nyeri, cut into the Aberdare Forest National Park at Kiandogoro Gate before going through Mutubio gate in Kahuruko. The project then goes through Njabini-Ol Kalou road in Ndunyu Njeru.

Medium to a high concentration of elephants was in the moorland in which the road will cut through.

“The proposed upgraded road will cut the Aberdare ecosystem into two leading to further fragmentation of the forest and the moorland.”

The trust said there are two existing roads that require upgrading.

These are Thika-Mangu-Flyover road that is tarmacked but in bad shape.

The other road is Thika-Gaturu that needs to be tarmacked.

“These two roads could provide good alternatives to the proposed upgrading of Ihithe-Aberdare Forest-Kahuruko-Ndunyu Njeru road.”