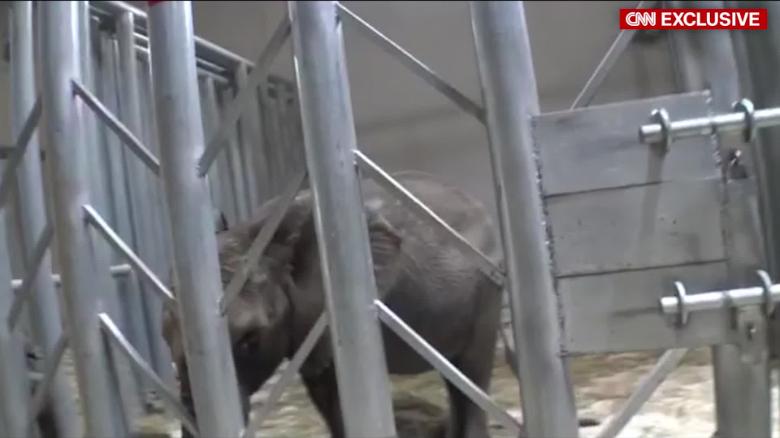 (CNN)Zimbabwe’s Environment Minister has defended the country’s practice of capturing juvenile elephants and selling them to zoos and theme parks, following a CNN report into the exports of the animals to China.

Zimbabwe is dealing with “massive overstocking” of elephants, said Mangaliso Ndlovu to CNN’s Becky Anderson on Monday. The minister described the export practice as “a project that we felt is much more sustainable and better than culling.” 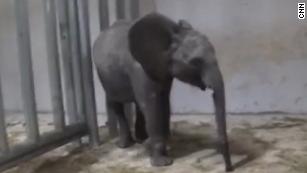 Exclusive: Footage shows wild elephants locked in cages 03:44
“Elephant populations are going down significantly, except for the Southern African region, and yet the world is trying to teach this very region how to conserve its wildlife,” he said. “Really, the irony.”

Young elephants were taken from their mothers in Zimbabwe. Now they’re in cages in China
As CNN recently reported, Zimbabwean officials are legally capturing elephants in Hwange National Park and shipping them off to China in tiny crates. Elephant experts interviewed by CNN said the highly intelligent and social animals are ill-suited for confinement.
Asked if he was bothered by the possibility that young elephants being traded to zoos and theme park are traumatized by the experience, Ndlovu said it was not a new phenomenon.
“You can go to zoos in Europe, in the US, in Australia, they have wildlife — elephants from Zimbabwe,” he said. “So I don’t know whether this is because it’s in China or what.”
He added that the country has followed procedures which ensure that animals that are destined for confinement “get used to humans in close proximity.”
“The trauma part — in my view — is just people reporting that way, that’s why I wanted to give the background; that we don’t just export, we make sure that these animals are acclimatized to the environment where they will be going. So I don’t know where people are getting this traumatized part.”
Soon, Zimbabwe will no longer be allowed to sell its elephants to China or anywhere else where African elephants don’t naturally exist.
The decision was taken at a Convention on International Trade in Endangered Species of Wild Fauna and Flora (CITES) meeting in Geneva earlier this year, backed by a coalition of African nations and the European Union. Members of the international treaty governing the international sale of animal products approved the ban.
Asked if Zimbabwean President Emmerson Mnangagwa was considering pulling out of CITES, Ndlovu said “that’s his prerogative as head of state and we’re guided by the direction he gives.”
“In our Hwange national park we have a capacity of close to 15,000 elephants but currently we are holding more than 53,000 elephants,” he said. He described the overpopulation was “extensively degrading the habitat” and “affecting the biodiversity in the park.”
Ndlovu added that funds from sales of elephants abroad go directly to the national park and not to the government.