Typical Telegraph to concentrate on Prince Harry rather than African Parks , but interesting nonetheless. KS 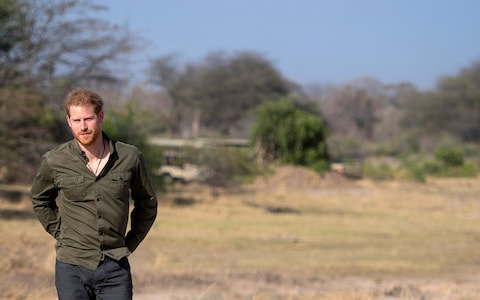 It aims to reform the 1,000 square mile Matusadonha National Park’s elephant and black rhino populations and transform it into a leading leading safari destination.

The Duke spent almost three weeks working with African Parks in Malawi in 2016 as the organisation embarked on one of the biggest elephant translocation projects in conservation history. He returned to the Liwonde National Park Headquarters in September for an update on its progress.

Writing in this newspaper during his recent tour of southern Africa, he revealed that the experience three years earlier had taken his understanding and respect for conservation to a “whole new level”.

In 2017, he became president of African Parks, a sign of his personal commitment to the region. Peter Fearnhead, its chief executive, was a guest at his wedding to Meghan Markle.

Matusadonha National Park, in northern Zimbabwe, is flanked by the giant Lake Kariba and has two rivers running through it. 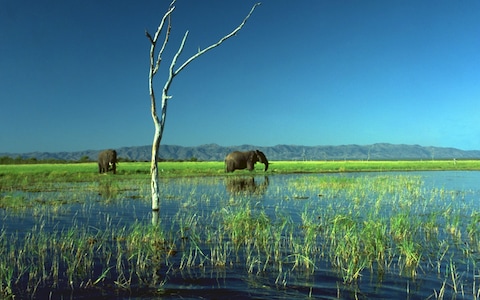 Frances Read, from African Parks, said it was one of the country’s flagship and most valuable areas, with the potential to become a leading safari destination.

But it is fraught with challenges and in desperate need of funding and proper management, which it will undertake in partnership with the Zimbabwe Parks and Wildlife Management Authority. Poachers have all but wiped out its black rhino population whilst elephant numbers have been severely depleted.

Ms Read said the first job will be to secure its borders to allow wildlife populations to recover and rebound naturally before implementing effective management structures and law enforcement strategies.

“We will then be working with the local community so they start to see that this is for them and that this is an asset,” she said. “Matusadonha is a very special place for Zimbabwe and has a lot of potential for tourism and socio-economic development.”

The 20-year contract awarded to African Parks – its first foray into the country –  is considered all the more remarkable by conservationists who had thought it highly unlikely that the government of Zimbabwe would ever allow a foreign organisation to take control of its wildlife resources.

Blondie Leatham, one of Zimbabwe’s best known conservationists and safari operators, said: “This is one of the most exciting things that has happened for wildlife in  Zimbabwe for a very long time.” 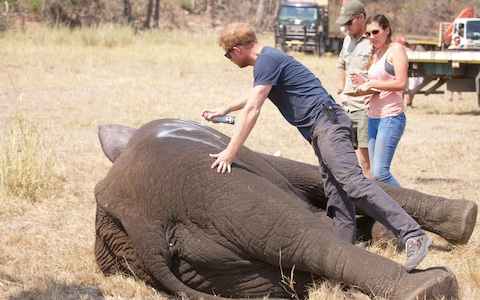 The Duke recently described the continent as his “second home” and has made no secret of the special place it holds in is heart, having first travelled there in the immediate aftermath of the death of his mother, Diana, Princess of Wales, in 1997.During his recent tour of southern Africa with the Duchess of Sussex and their son, Archie, he revealed their “life work will be predominantly focused on Africa, on conservation.”Whilst in Malawi in 2016, the Duke expressed great concern for conservation parks, saying: “I do worry. I think everyone should worry. We need to look after them, because otherwise our children will not have a chance to see what we have seen. This is God’s test: If we can’t save some animals in a wilderness area, what else can’t we do?”

African Parks is a non-profit NGO working with governments and local communities. Its latest agreement with Zimbabwe, signed on Friday, takes the number of parks it manages to  16 in 10 countries covering almost 11 million hectares.