Stripey, a striped hyena living at Animal Encounters, an animal sanctuary near Beirut.Credit…Credit

Dr. Abi-Said’s hyena-spotting mission had brought him and three assistants to the outskirts of Kfar Toun, a village 40 minutes from the Syrian border. His spotlight illuminated the eyes of spiders, foxes and a small owl. Then, early in the morning as he rumbled along in a valley between two steep mountain ridges, the spotlight lit up two pairs of — could it be? — hyena eyes. But they closed straightaway and did not reappear.

The striped hyena (Hyaena hyaena) is Lebanon’s national animal. Smaller than the spotted hyena of sub-Saharan Africa, it has a prominent black and white mane that, when raised in alarm, gives it the appearance of having been electrocuted while trying to transform into a zebra. The striped hyena is an important part of the ecosystem: a scavenger, equipped with a formidable immune system that enables it to safely consume rotting meat and prevent the spread of disease.

But striped hyenas are elusive, understudied and not exactly well liked. In Lebanon they are shot on sight, out of fear, or hunted for sport, although both activities are illegal. In North Africa and elsewhere in the Middle East, where striped hyenas also roam, the animals are run over, poisoned or killed for use in traditional medicine.

We’ll bring you stories that capture the wonders of the human body, nature and the cosmos.

Dr. Abi-Said has spent much of his career trying to change Lebanese attitudes toward hyenas. His doctoral thesis, published a decade ago, was the first major study of the striped hyena’s ecology and distribution in Lebanon; he and his wife, Diana, run Animal Encounters, a wildlife sanctuary and small zoo near Beirut. They started the center in 1993 in their backyard, shortly after the end of Lebanon’s 15-year civil war. “People thought we were crazy,” Dr. Abi-Said said. “It was after the war, and some people didn’t have food. And we were doing this?” 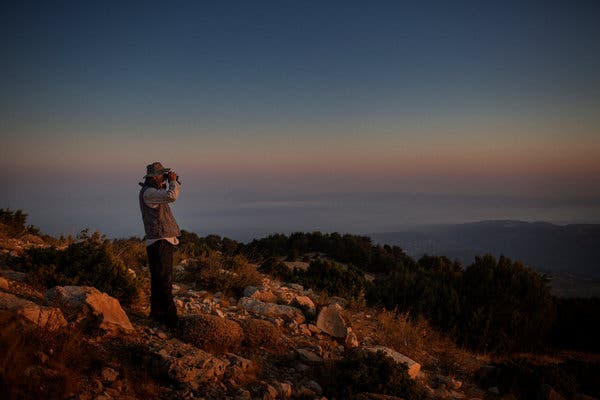 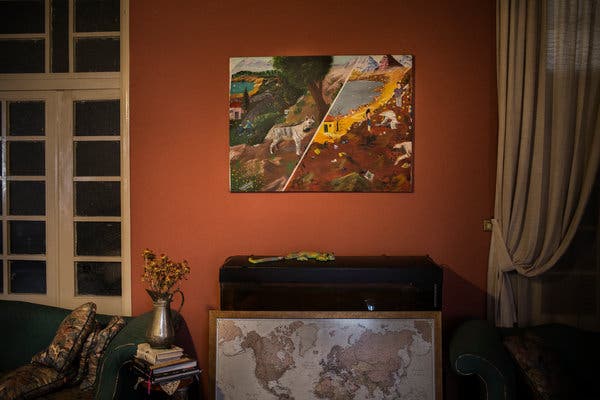 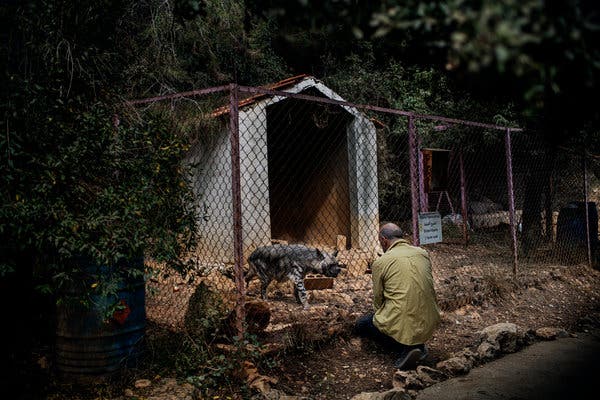 Conflict has continued to shape the animals’ lives. Stripey, a female striped hyena, was born at the center in 2006, but the war that year between Israel and Hezbollah prevented her release. Nineteen of her siblings from previous litters have returned to the wild, but Stripey became too accustomed to captivity and is now the center’s mascot and oldest resident.

Einat Bar-Ziv, a doctoral student in conservation behavior at Ben Gurion University of the Negev, has found that turning specific hyenas into “ambassadors” is a good way to mitigate conflict between people and hyenas. With an urban striped hyena named Ruthi, Ms. Bar-Ziv has worked to dispel the scary notion that striped hyenas move in packs. In 2018, Ruthi, who lives in the city of Modi’in-Maccabim-Re’ut, 22 miles from Tel Aviv, was captured, fitted with a GPS tracker, released and followed for 18 weeks. She got around.

“We could tell city residents that it’s not ‘groups,’ it is mainly one young adult female that walks all over the city,” Ms. Bar-Ziv wrote in an email.

At Animal Encounters on a recent Bat Night, children crawled through a tent and cloth network of “caves” as brown, googly-eyed rubber bats bounced above their heads. Stripey growled when Dr. Abi-Said approached her cage, then scratched herself, one long paw dangling in the air. Her head was half bat, half dog.

In Lebanon, Dr. Abi-Said said, parents scare their children by tapping their fingernails on bedside tables to imitate creeping claws: The hyena will get you if you don’t go to sleep. Some people believe a hyena will use its stripes to mesmerize you before luring you to its lair and tickling you to death. The legend made sense when Stripey emitted an uneven wheeze reminiscent of someone trying desperately to stop laughing long enough to catch her breath.

There are fewer than 10,000 striped hyenas left in the wild. The International Union for the Conservation of Nature lists them as near threatened globally, with their numbers decreasing. (Dr. Abi-Said conducted the union’s last survey of the animals in Lebanon in 2014.) 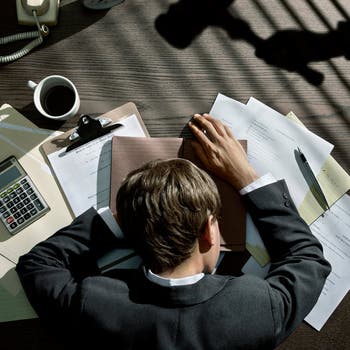 Your Job Will Never Love You Back 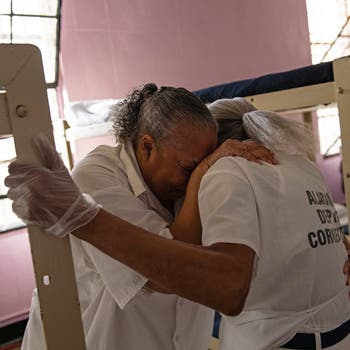 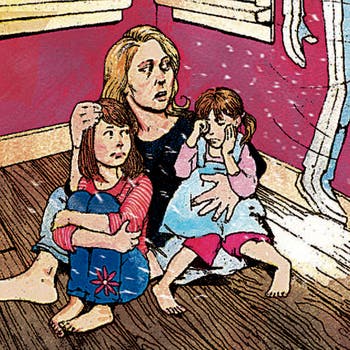 The Chicken’s in the Oven, My Husband’s Out the Door 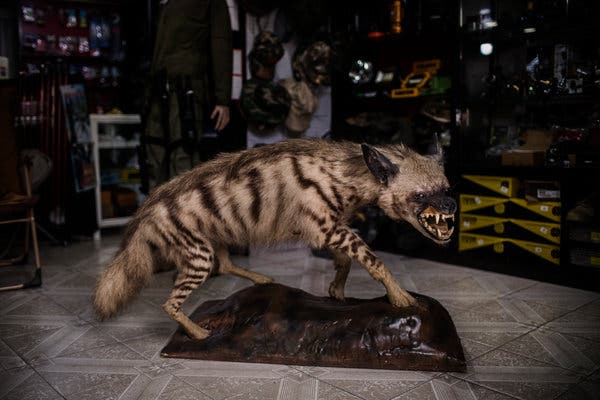 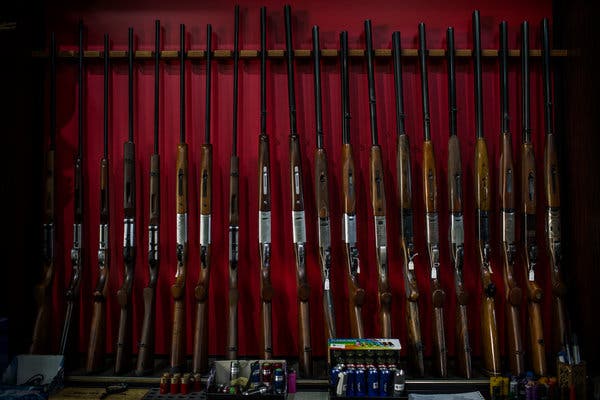 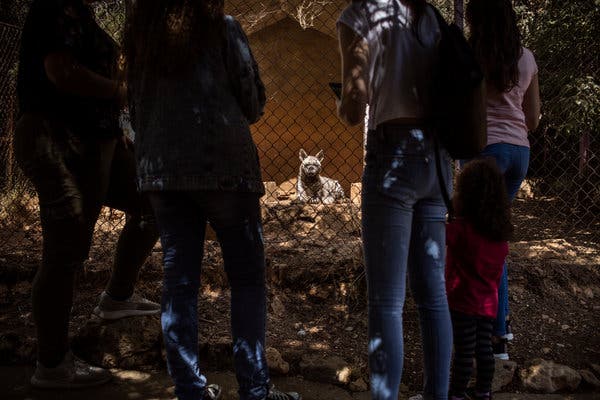 The conservation union’s hyena specialist group is currently conducting the largest global survey of the four species of hyena — spotted, striped, brown and the aardwolf — since the 1990s. Data is readily available for three of those species, but not for striped hyenas, which are the least-studied of the four. “We have huge areas of what we think should be striped hyena habitat where we don’t have any information,” said Stephanie Dloniak, a zoologist at Michigan State University and chair of the specialist group. “What the preliminary map shows has us worried about the striped hyena in relation to other species.”

Striped hyenas are especially hard to monitor because they are nocturnal, live alone or in pairs, and favor inaccessible habitats. They rarely kill livestock, but they really like melons, which they use to get water. They are also partial to dates. Farmers often mistake fruit-seeking hyenas for marauders hunting their herds.

“Hyenas can eat anything, from an elephant to a caterpillar,” Dr. Dloniak said. The union specialist group has no data on striped hyenas from Syria, Egypt or Libya. They have some from Iraq and Iran, and a little from Pakistan. There are no reliable figures for the number of wild striped hyenas in Lebanon, although it’s likely to be in the low hundreds. The country, which has an area of just 6,000 square miles, shares borders with Israel, with which it is still technically at war, and Syria, where a protracted civil war continues.

Cross-border collaboration is important for wildlife conservation, Dr. Dloniak noted, but is sometimes almost impossible. The good news, she said, is that striped hyenas appear to occur over a wider range than previously thought; they have been found in Turkey, Nepal and Tajikistan, at the very edges of their range. 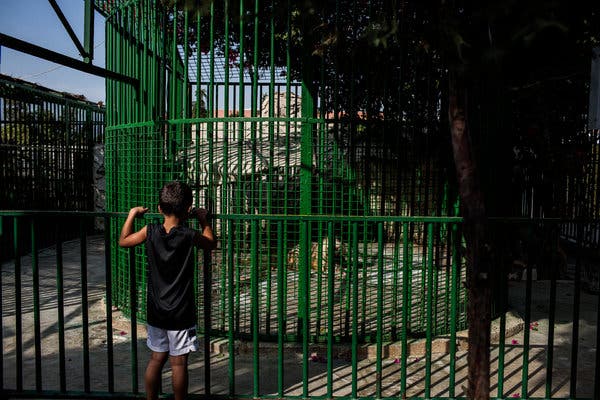 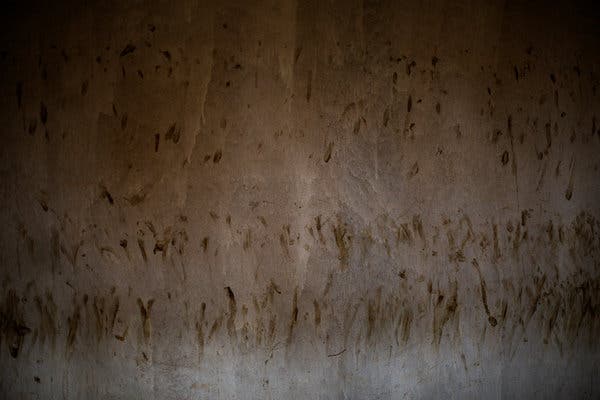 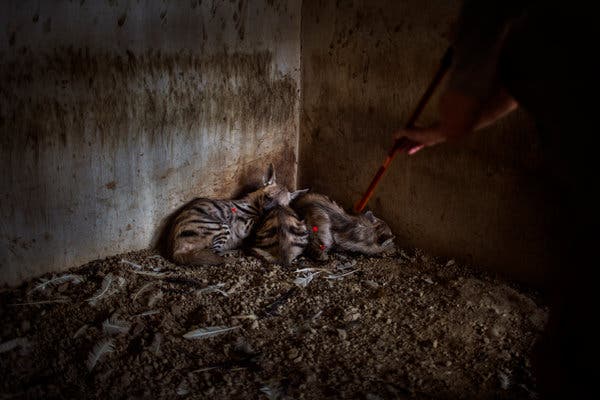 Animals Lebanon, an animal welfare organization, has set itself the task of protecting wild hyenas from capture. On a recent Sunday, Jason Mier, the organization’s co-founder, brought several staff members and volunteers to a private zoo in southern Lebanon to collect three striped hyenas. Volunteers from another, year-old organization, Lebanese Wildlife, were there, too. Almost every caged animal at the zoo was mislabeled. The “blackbuck” were impala; the “wolf” was a mix between a dog and “something else, maybe a wolf,” Mr. Mier said.

The zoo owner, who wore a cowboy hat and jeans, had paid $800 for each hyena, but Animals Lebanon had convinced him to give them up. All three hyenas were held in a single 4-by-6-foot concrete-and-steel enclosure. One had scabies, broken teeth, an abscess and scars from the snare that had captured it. The other two, year-old cubs, slept curled up in a corner. The wall was marked by three horizontal stripes of different heights, made by the paws of the hyenas jumping at the enclosure.

Dr. Jirhi Maasri, a volunteer veterinarian enlisted by Lebanese Wildlife, darted the hyenas with a tranquilizer. As he waited for the effects to kick in, he confided that he imported wildlife for private clients’ personal collections. “I used to have my own small collection, before the war,” he said.

The anaesthetic didn’t work. The hyenas were woozy but not docile enough for blood and hair samples to be collected or for their paws to be imprinted on round pats of clay. Mr. Mier called off the operation. Animals Lebanon rescued a wallaby (labeled “kangaroo”) instead. 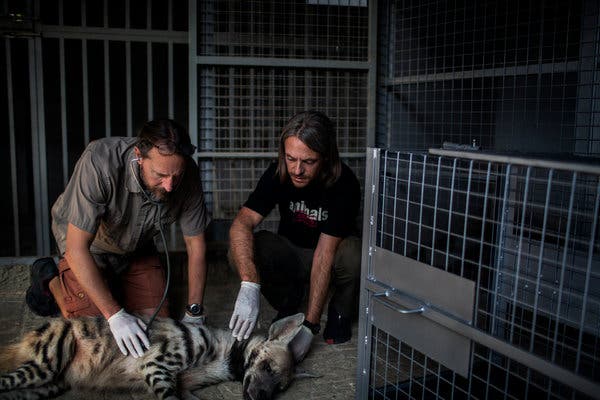 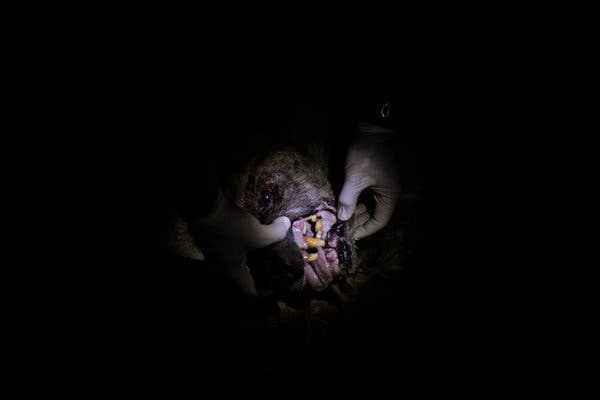 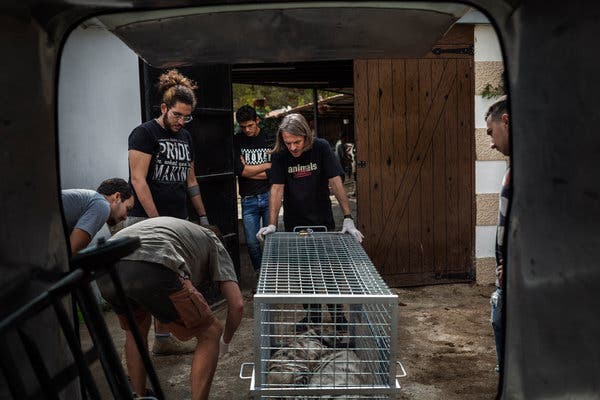 A month later, hundreds of thousands of people took to the streets to protest government corruption and mismanagement. Dr. Abi-Said’s group had arranged for a veterinarian, Dr. Ian Sayers, to fly in from the United Kingdom to dart the three captive hyenas. He arrived just after the protests closed roads across the country.

On an overcast Sunday, Mr. Mier decided to attempt the mission, despite plans by protesters to form a human chain across the country. The two young hyenas, named Freedom and Unity in honor of the protests, were darted and dragged by their scruffs, one by one, from the enclosure. They lay on the ground, tongues lolling, as Dr. Sayers checked their health and took samples. A curious and persistent emu used the opportunity to escape from its enclosure, and a volunteer was put on emu-shooing duty.

The older hyena was evaluated, given antibiotics and left at the zoo, where she may stay for another three months. Because of the protests, the government would not grant the permit needed to send her to Cerza Park Zoo, a sanctuary and breeding zoo in France. But the two cubs were placed in a cage and into the back of white van. Two hours on bumpy, winding roads, through rain and hail, brought the group to the Shouf Biosphere Reserve, a refuge of golden grass and green cedars high up in the mountains.

The van was parked in a clearing, and the hyenas left alone to calm down from the journey. The tapping of hail grew gentler and eventually stopped. The cage was carried into the fresh air. As it was set down, the cubs began to snarl and squabble. The humans drew a sharp breath, the cage was opened, and Freedom and Unity scampered away. They did not look back.