The state of the cheetah today
POSTED ON SEPTEMBER 21, 2019  CATEGORIES: BLOG  NO COMMENTS YET 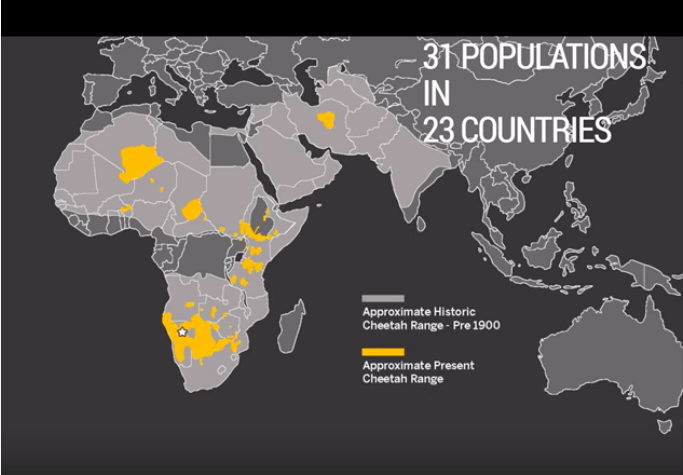 The State of the Cheetah Today.

There are less than 7,100 cheetahs left in the world today, split across 31 populations in 23 different countries. Of those 31 populations, 20 of them are under 100 individuals. Watch the video below to find out more…

There’s seven more videos to come in the series so keep your eyes peeled as there’s plenty more to come!