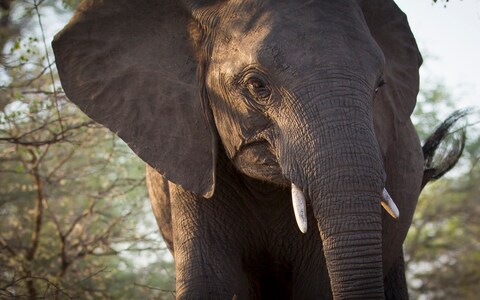 Who knew that elephants are at it like rabbits? Unlike the giant panda – the other pin-up of the conservation world – elephants successfully procreate unaided in the wild. The ease with which they breed is advantageous for the species’ survival, but it poses new challenges.

Some 15 years ago, Malawi’s Majete National Park was an empty forest. Poachers had wiped out the wildlife. NGO African Parks took over Majete in 2003, restocked the park, engaged the local community, and introduced effective law enforcement. Since then, not a single elephant has been poached. It’s a model African Parks has replicated in nearby Liwonde National Park.

Safe from poachers, Majete and Liwonde’s elephant populations have boomed. Afloat on the Shire River, I watched herds 20 members strong coming to drink, completely unconcerned about my electric boat just a few metres away.

But while I was thrilled to see them all together, there are just too many. African Parks’ anti-poaching efforts have been so effective that there are now more elephants than the parks can support. Overpopulation puts elephants at risk of hunger, and also means they are more inclined to break through perimeter fences, bringing them into conflict with farmers. An excessive elephant population is a nice problem to have, admittedly, but it demands a radical solution.

You can’t cut the balls off an elephant. Adult males are approaching six tonnes and have an aggressive streak when they feel threatened; it’d be a brave vet indeed who would try to give one the snip. But jesting aside, for various anatomical reasons, neither Mr nor Mrs Elephant is in the market for contraception. And given that Africa lost 90 per cent of its elephants in the 20th century, and more than 100,000 were killed for their ivory between 2014 and 2017 alone, we want every live elephant birth we can get. The surplus elephants just have to be moved elsewhere.

Elephant 500 is arguably the most ambitious wildlife translocation project ever attempted. Between 2016 and 2017, African Parks moved 520 elephants (plus 2,000 other game) across Malawi to the Nkhotakota Wildlife Reserve, the original elephant population of which was killed off by poachers.

Elephants are social creatures with strong familial ties. Family units had to be moved together. African Parks flew helicopters over the parks, rounding up elephants and sedating them with tranquiliser darts. Ground teams then closed in: vets gave each elephant a health check before winching them by crane onto trucks. The cross-country road journey to Nkhotakhota is around 300 km and it is a slow and uncomfortable drive, even when you’ve not got an elephant in the back.

I travelled to Nkhotakota to meet the elephants in their new home, now that they’ve settled in. The reserve is surrounded by an electric fence – to keep elephants in as well as poachers out – but on the day I arrived, the Houdini of the elephant world had escaped and was splashing about in the river below Tongole Wilderness Lodge. He had the water to himself, and was determined to make the most of it.

The World Travel & Tourism Council (WTTC) states that wildlife tourism contributes five times more to global GDP than the illegal wildlife trade. The experience at Nkhotakota backs up this claim. Tongole – which won three gold awards at the 2018 Safari Awards – was created to financially support The Tongole Foundation, a UK registered charity supporting education, training, and employment opportunities in Nkhotakota.

The lodge employs 30 full-time staff and delivers direct economic benefits to the local community, ensuring they are allies in achieving African Parks’ conservation objectives. Bentry Kalanga, Tongole’s MD, recorded a 150 per cent year-on-year increase in bookings at the lodge after the elephants arrived. What’s more, he says that former poachers are voluntarily surrendering their weapons because they now have a more sustainable economic alternative.

My first elephant sighting at Tongole was unexpected – the elephant shouldn’t have been there. Driving in I’d seen no big game, only birds, and was concerned that the elephants might be elusive; at 1,800 km2, Nkhotakota is more than big enough for 500 elephants to hide, especially given that much of it is forested.

But guide Emmanuel knew his terrain. Sure enough, during my game drive a calf trundled across the track, and in the thicket beside the road, his mother and siblings were waiting. Here, the elephants have ample space to roam, and already their presence is helping rebalance Nkhotakota’ s damaged ecosystem.

At least two dozen calves have been born in Nkhotakota since the translocation, and as the population grows, elephant sightings will only become more frequent. Elephant 500 has relieved the pressure on Majete and Liwonde, but even more importantly it has enabled the ongoing recovery of Nkhotakota, and created a mutually beneficial opportunity for Malawi’s people and elephants to coexist.