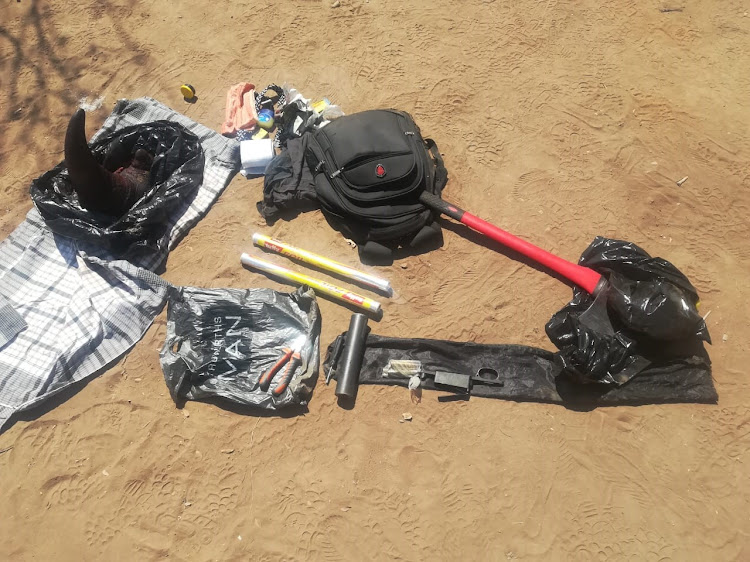 The group allegedly shot and killed a rhino on a farm in the Rankin’s Pass area outside Modimolle on Wednesday.
Image: Saps

Suspected poachers were arrested after a rhino was killed, and its horns were cut off on a farm in Limpopo, police said on Thursday.

Police spokesperson Colonel Moatshe Ngoepe said the group allegedly shot and killed the rhino at a farm in the Rankin’s Pass area outside Modimolle on Wednesday.

Ngoepe said both the rhino’s horns were removed.

Police reacted swiftly and tracked down the men with help of the farmer’s air support, he said.

Three of the men were arrested in the Rankin’s Pass and Vaalwater areas. Two others are still on the run.

Police recovered a car, two rhino horns, one hunting rifle with a silencer, eight rounds of ammunition and an axe.

The trio is expected to appear in court soon.