-They also urge the government to urgently compensate the victims 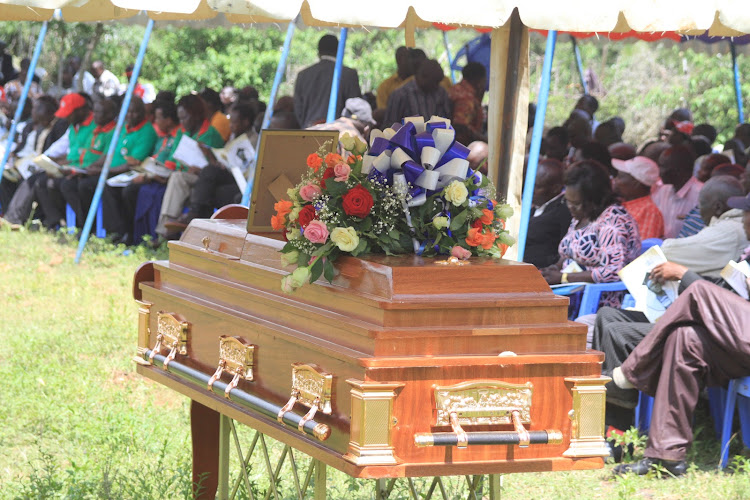 The casket carrying the body of the elephant attack victim-teacher Jackson Chepyegon, 40, who was buried at his Sessunin home in Barwessa ward, Baringo North Sub-county on Saturday.
Image: JOSEPH KANGOGO 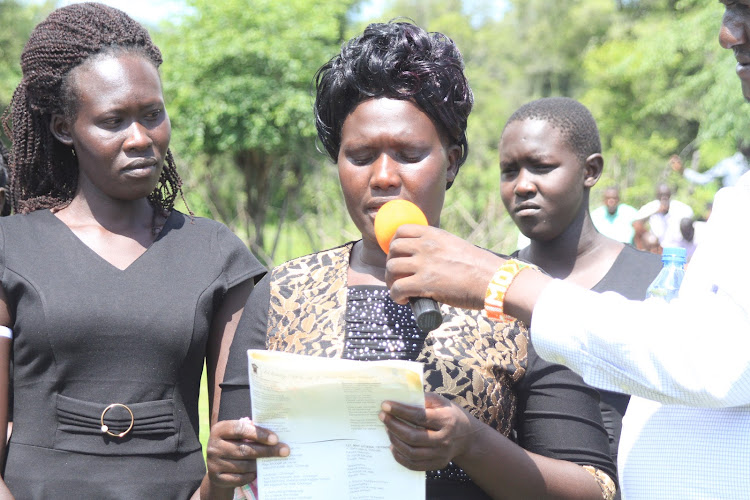 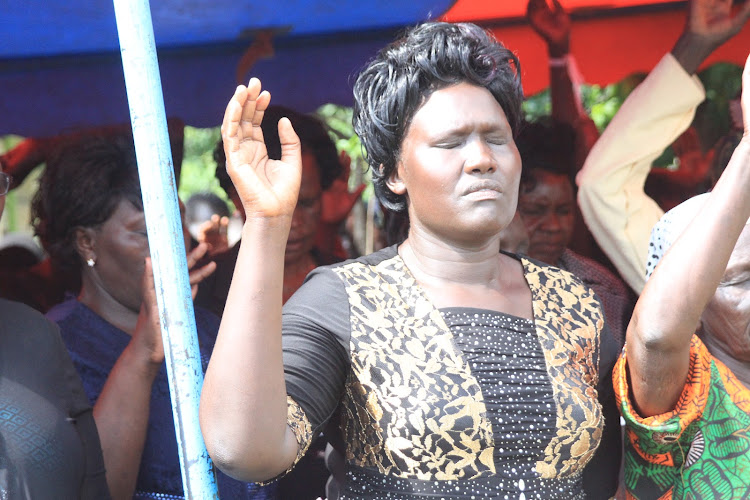 Baringo residents have told the Kenya Wildlife Service to stop wild animals from invading their farms or they kill them.

They also demanded that the KWS to quickly compensates the families who lost their beloved ones and their crops destroyed by elephants.

“Enough of these attacks. The KWS should either become serious and trap the beasts or we mobilise our people to arm themselves against them,” Kerio Valley resident Joseph Makilap said.

He was addressing hundreds of mourners who turned up during the burial of an elephant attack victim Jackson Chepyegon, 40, at Sessunvin village in Barwessa ward, Baringo North, on Saturday.

Chepyegon, who was a former headteacher of Kapkures Primary School in Laikipia West, was attacked by an elephant while he tied to scare it away from invading his  garden on August 7.

“My husband was loving and caring,” widow Josephine Kimoi said.  The couple had nine children.

Pupils and teachers from the school said Chepyegon was humble and hardworking.

“KWS had been notified about the stray elephant three days earlier, but we are now left wondering why they had to ignore it until the man was killed the man. This is laxity and someone must be held responsible,” Makilap said.

He said normally the officers would search for a stray animal which is sometimes killed.  But in this case they did nothing.

Makilap was backed by Reuben Chepsongol, Susan Chesyna, David Balang and Richard Kirono. The residents also alleged that there was negligence at the county referral hospital in Kabarnet.

“When the patient was rushed there, a wound on his right shoulder was stitched. It looked as if it had been done by a layman,” Balang said, adding that Chepyegon was diagnosed with minor bruises.

Balang said the patient was later pronounced dead at Moi Teaching and Referral Hospital where he succumbed to serious injuries.

Tension remains high in the area as the residents fear the elephant that was spotted near Lake Kamnarok might kill another person.

“Traditionally, we believe any wild animal that has tested human blood will not rest. It will continue killing other people,” resident Reuben Chepkong’a said.

“Our officers have been pursuing it frantically due to the hilly and bushy environment.” Cheruiyot said .

He said it might have sneaked out from the neighboring Laikipia Range.