Interesting but I don’t see a huge Chinese role in this – a public positioning and lots of words, but most of the successes listed here happened in Africa as a result of coordinated African anti-smuggling operations.  Why can’t credit ever be given to Africa? The credit being given to China for the domestic ban fails to look behind the cosmetic role of the ban and look at dispersal of carving and smuggling to border towns in neighbouring states KS 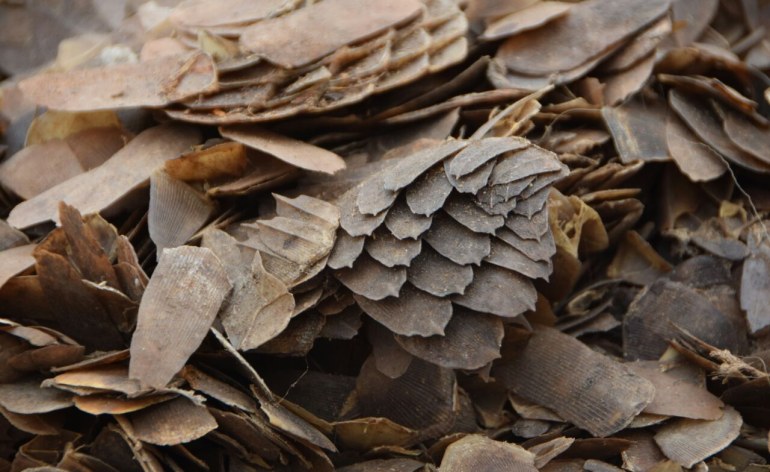 China’s proactive stance against illicit wildlife trafficking in Africa in recent years has helped shift trends in this crime. Where cooperation has occurred with certain African countries, wildlife smuggling has moved to other parts of the continent. This shows that tougher measures are working – and African countries with high rates of trafficking should follow suit.

Africa presents enormous potential for China’s Belt and Road Initiative. It is a vital source of raw materials for the Chinese manufacturing industry and a market for its imports. The reputational risks posed by poaching by a few Chinese nationals in Africa are enormous for a country keen to maintain and extend its economic dominance in the world.

Since 2017, China has closed its domestic ivory market and banned commercial processing of rhino horns and tiger bones. It has tightened legislation on trade in endangered fauna and flora. The country has ‘provided funds, equipment, manpower and technology to support African countries in the conservation of endangered species and habitats,’ says Peng Youdong, leader of the Chinese campaign.

Some Chinese nationals continue to smuggle endangered species and lesser-known plant and animal products. The recent sentencing in Tanzania of Yang Feng Glan to 15 years in prison for ivory smuggling demonstrates the need for such campaigns.

Other Chinese nationals have also been arrested in international law enforcement operations. In July 2018, the Lusaka Agreement Task Force (LATF) disrupted a major criminal supply chain led by a Chinese national. The task force is an inter-governmental organisation that facilitates collaboration among states that have signed the Lusaka Agreement. It investigates violations of national laws pertaining to illegal trade in wild fauna and flora.

He said the predominant route of the supply chain – Brazzaville to Lagos, Nigeria, via Cameroon’s Douala port – shows that Central and West African countries now provide important transit points. This signals a recent shift by criminal networks from East and Southern Africa. For years these two regions grabbed international attention for rhino horn and ivory trafficking.

In the 2000s, South African ports were the largest conduits for ivory trafficking on the continent. Between 2009 and 2012, enhanced South African law enforcement efforts drove criminal networks to East Africa. International cooperation was key, especially following a memorandum of understanding between South Africa and China in 2013.

That same year, large ivory seizures were recorded in Kenya, Tanzania and Uganda. For the first time, the seizures exceeded those in Asia, according to a report by the Organisation for Economic Co-operation and Development (OECD).

This marked a shift in ivory trafficking through Kenya and Tanzania, which became the new leading hubs for trafficking ivory out of Africa. The two countries have since 2014 fostered cooperation with China, which has extended to them millions of dollars in support of conservation. Uganda, however, remains a major transit point to Central and West Africa.

According to the OECD report, Nigerian, Togolese and Cameroonian ports have emerged as new hubs in the illicit ivory trade. East and Southern Africa remain convenient for sourcing wildlife products illegally, and transporting them to Central and West Africa is viable. ‘The networks operate collection centres in several countries. They accumulate the contraband before finally shipping it to Asia, especially China,’ says Phiri.

Taye Teferi, Africa policy and partnership coordinator of the wildlife trade monitoring network TRAFFIC, told ENACT that cooperation between African countries and China provide a strong deterrence for kingpins or ringleaders. This is mainly due to the fear of extradition to China, where culprits could face stiffer penalties and even the death penalty.

China’s Wildlife Protection Law took effect on 1 January 2017 after amendments that aligned it with the Convention on International Trade on Endangered Species of Wild Fauna and Flora (CITES). Article 27 prohibits the sale, purchase or use of rare or almost-extinct wild species, and their products that are under special national protection. China’s new awareness campaign and legislative changes demonstrate political will to combat wildlife crime and promote the conservation of endangered species.

TRAFFIC has documented that ivory sold in Nigeria comes from Cameroon, the Central African Republic, the Democratic Republic of the Congo and Gabon, with Cameroon playing a pivotal role in the smuggling networks.

Regional blocs and countries should urgently replicate the same measures that helped to mitigate these threats in Southern and East Africa. Cameroon and Nigeria should cooperate with China to exchange intelligence information on criminal networks.

This can also be done through multilateral agreements between China and the African Union or various regional economic communities in Central and West Africa. The Forum on China-Africa Cooperation is one platform where African heads of state can enhance law enforcement cooperation to combat the illicit wildlife trade.

Once Africa has bolstered itself against wildlife criminals across all regions through successful cooperation with China, the same model can be applied to other markets in Asia. Japan, for example, is another major market for wildlife products, as are other minor Asian destinations such as Vietnam, Thailand and Laos.

ENACT is funded by the European Union (EU). The contents of this article are the sole responsibility of the author and can under no circumstances be regarded as reflecting the position of the EU.