South Africa has won permission to almost double the number of black rhinos that can be killed as trophies after arguing the money raised will support conservation of the critically endangered species.

The decision was made at the Convention on International Trade in Endangered Species (Cites) after receiving support from some African nations and opposition from others.

Poachers supplying the illegal trade in rhino horn decimated numbers in the past but the population is now growing. About 5,000 black rhinos exist today, almost 2,000 of them in South Africa.

Since 2003, South Africa has been allowed to sell hunting rights for five black rhinos a year. The latest decision means it can take up to 0.5% of the population, meaning nine rhinos at today’s levels. South Africa said adult males would be targeted, to protect breeding females.

The request was opposed by Gabon, whose delegate said: “It is a very small population and threatened by poaching.” Kenya’s delegate said the move, along with poaching, would mean almost half the black rhino population increase each year being lost. NGOs also opposed the move, with Born Free’s delegate noting South Africa rarely used its existing quota.[KS: typically stupid comment by the Kenyans. Trophy hunting and poaching totally different. To conflate like this is a typically mendacious approach. Kenyans pontificate while their wildlife dwindles away.]

But South Africa was supported by other rhino range states including Botswana, Zimbabwe and Eswatini (formerly Swaziland), as well as the EU and Canada. South Africa agreed not to use the full quota if the rhino population fell below a certain level, but did not specify what this would be. 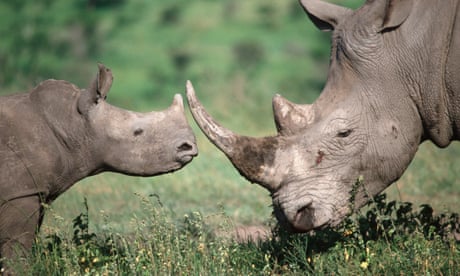 Tom Milliken of Traffic, a wildlife trade monitoring group, said the higher quota could help increase black rhino numbers. Older males could cause conflicts, prevent younger males from breeding and even kill females, he said. “It is a positive: you are basically preventing bar-room brawls and getting faster reproduction rates going,” Milliken said.

He said the black rhino was one of the highest-priced trophy animals, costing tens of thousands of dollars to hunt. “It really is providing conservation funds,” Milliken said.

But Elizabeth Bennett of the Wildlife Conservation Society said: “WCS remains concerned about the impact of illegal hunting and trafficking of black rhinos for their horns. We encourage major efforts to ensure their protection, the prevention of trafficking, and that any trophy hunting is truly sustainable and supports, not undermines, the conservation of the species.”

An earlier vote at the Cites meeting delivered a ban on wild African elephants being exported to zoos. Zimbabwe has sold dozens of elephants to Chinese attractions in recent years. The new rule says the only acceptable destinations are wild, native habitats.

The vote outcome could be overturned in the final session of the summit, which signs off all decisions. This is because the EU, which opposed the move, failed to vote.

Ivonne Higuero, the secretary general of Cites, said: “There was some confusion about credentials [proofs of identity required to vote]. Maybe there was a lack of preparation. Everyone can raise their voice at [the final session].” 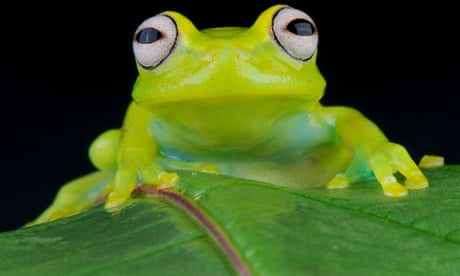 The meeting of 183 nations, being held in Geneva, also considered the plight of sea creatures, and there was unanimous support for giving seahorses more high-profile protection. They are much sought after in the aquarium trade and for traditional Chinese medicine.

Cites has restricted international trade in all 44 seahorse species since 2002. Trade in live and dried specimens has fallen by 75% and 90% respectively in the past decade, but many millions still change hands each year.

The US delegate told the summit: “They are vulnerable because of their low birth rate, long parental care and habitat degradation. Ongoing illegal trade poses a threat to the survival of the species.”

The summit also agreed to increase focus on the soaring trade in marine ornamental fish, including many coral reef fish and sharks. The trade supplying public and private aquariums has increased 60-fold since 2000, with 1.5bn fish now sold each year.

The EU delegate said: “There is an obvious need to assess the trade as [it is] one of the major threats.” However, the European Pet Association said the approved Cites initiative was not balanced.