In the rainforests of the Central African Republic (CAR) is Dzanga Bai, a remote clearing where a tall canopy of trees – full of the hum of insects and calls of wildlife – gives way to soft mud and pools of water. Here, some of the rainforests’ largest mammals gather.

Forest elephants – each with their own markings, scars, and personalities – bathe in mud, look after their young, search for mates, and play with each other.

On an observation platform nearby, Sessely Bernard, a tracker and elder of the Bayaka people, and Andrea Turkalo, an American field biologist, sit side-by-side, recording the elephants’ behaviour. For 23 years Bernard and Turkalo have watched the elephants grow and can identify them by name.

Sharing their platform is Zephirine Mbele, an eco-guard dedicated to protecting the animals from poachers.

Uniting the three is their profound respect for the elephants: For Bernard, they are co-inhabitants of his homeland; for Turkalo, the focus of her research, and for Mbele, the subjects of his safekeeping.

But in this quiet clearing the rumbling of conflict is not far away.

Seleka rebel fighters, who have overthrown the government, are approaching Dzanga-Ndoki National Park and the elephants’ home.

In the coming days, Bernard, who knows the river stream where he was born, the medicinal use of plants underfoot, and the calls and cries of the elephants he tracks, hears an unwelcome sound tear across his home: Gunshots.

Witness follows him and the others as they study and protect the elephants and who – when conflict strikes – must face the possibility of walking away. 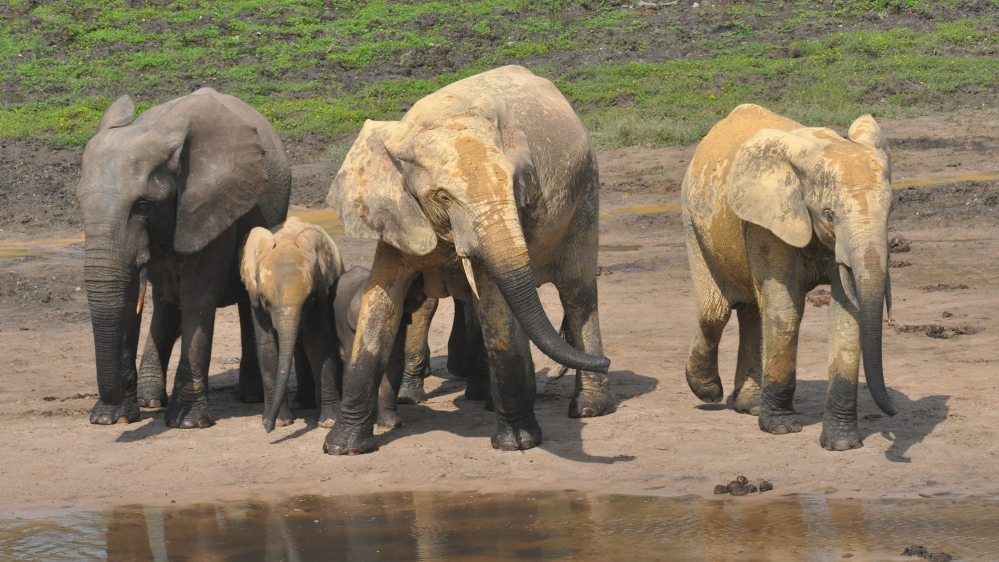 I first heard the calls of forest elephants in a small windowless recording studio in the offices of the Elephant Listening Project at Cornell University. Sitting beside me was renowned elephant behavioural biologist Andrea Turkalo.

The room was filled with the night sounds of the Central African Rainforest. Across a thick fog of insects and frogs floated the plaintive calls of forest elephants. There were roars and trumpets, long-pulsing rumbles, and screeches (which I later learned belonged to infants calling for their mothers).

Andrea had recently arrived in Ithaca to help her collaborators decode these calls. Andrea’s descriptions of the rainforest, the indigenous people she has worked alongside, and the peril the elephants were facing set a path for me that I would follow for the next four years.

Along the way, I would travel with security contractors, go on patrol with eco-guards, and spend extended time in the forest with the Bayaka people, who were avoiding the civil conflict unfolding across the country.

Sessely Bernard, a Bayaka elder, had worked with Andrea for 23 years. It was Sessely and his extended family that truly gave me this remarkable unfolding story. I am honoured to have been invited into this world.

A more optimistic commonality between these tragic histories is the presence of a dedicated and inspiring group of thoughtful and forward-looking people sounding the alarm of impending loss.

It is my hope that the efforts of these people will be fortified by this film. Elephant Path / Njaia Njoku is their story.