• His video went viral, attracting the attention of a water purification firm, it gave him two atmospheric water generators.

• Firm to take him to India for specialised treatment for his deteriorating health due to kidney failure. 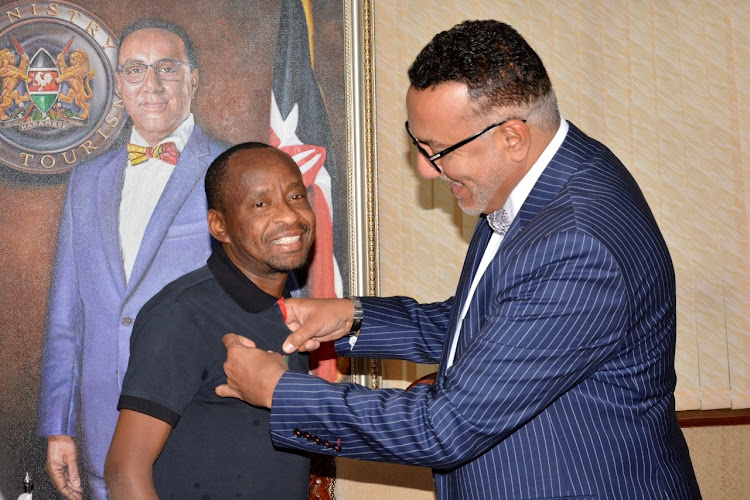 When Patrick Kilonzo saw a buffalo at Tsavo West National Park desperately gazing at an empty watering point, he was moved.

Kilonzo quickly came up with an idea and within hours, he was coming down the dusty path with 3,000 gallons of fresh water.

When the animals saw him approach, they ran away.

This was in 2016, when the country was reeling from a prolonged dry spell.

Growing up Kilonzo noticed changes in his village that affected wildlife, such as felling trees, but was helpless to stop them.

But the drought, which triggered a national emergency in April 2017, drove him to do something. The dry spell threatened both humans and wildlife.

“I was doing this out of passion,” the 46-year-old said on Tuesday after receiving a presidential award. Tourism CS Najib Balala presented the award at the ministry’s NSSF offices.

Kilonzo, who has been volunteering in Tsavo West ecosystem for 14 years, said he got water 70km away. He used to supply wildlife with more than 10,000 litres per day.

Kilonzo has also been patrolling parks and removing snares.

“People can borrow water from neighbours whenever they do not have. Wildlife can’t,” he said, with one hand firmly clutching a walking stick. His health has been deteriorating as a result of kidney failure. 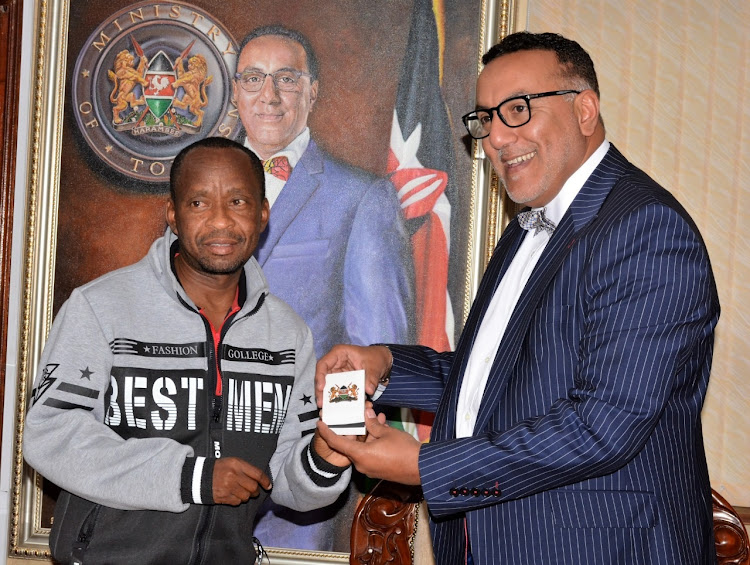 Kilonzo said he was not scared of being attacked by the animals “as he had become their saviour in times of need”.

After all, he had been born and raised in a rural village in Taita county, an area dominated by wildlife parks, sanctuaries and ranches populated by a wide variety of wildlife.

“With time, all dangerous animals got used to me,” he said with a broad smile.

From a young age, Kilonzo had many encounters with elephants, lions, buffaloes and antelopes as he trekked to and from school and herded his father’s cattle.

It was at this point that he began to develop a deep respect and passion for animals.

At some point, a video of Kilonzo watering the animals went viral on social media, attracting the attention of the world, including that of Maithiri Aquatech Pvt limited in India.

– an eminent developer, well-recognised manufacturer of atmospheric water generators and an emerging player in the drinking water and purification industry.

They introduced a new concept to deal with the global water shortage and purification needs.

Aquatech focuses on facilitating the people who are in the desperate need for clean drinking water by developing an atmospheric water generator.

The firm has given Kilonzo two such machines each with a capacity of 1,000 litres and is also set to train personnel who can service the machines.

Further, Kilonzo will be taken to a high-level hospital in India for specialised care.

Even as he heads to India, he now remains the darling of the many wild animals in the park.

Balala said one of the machines will be taken to Tsavo.

One will be used by wildlife while the other one will serve the local community.

“When innocent people do a commendable job, they need to be recognised. Once he comes back, he will become an honorary warden in Tsavo,” Balala said.

Though poaching had gone down drastically, drought still threatens wildlife, the CS said.