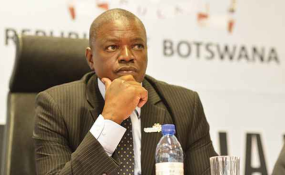 Nairobi — It is in Botswana’s to use bilateral engagements during President Dr Mokgweetis Masisi’s state visit to Kenya get that country to reconsider its stance on the utilisation of natural resources.

This was said by the Minister of Environment, Natural Resources Conservation and Tourism Mr Kitso Mokaila who is among a strong contingent of ministers accompanying the President on the three-day state visit which commenced yesterday.

“Kenya and other countries have proposed to the Convention on International Trade in Endangered Species of Wild Fauna and Flora (CITES) that Botswana elephants and those of neighboring states namely; Namibia, South Africa and Zimbabwe be uplifted from Appendix 2 to Appendix 1, a proposition that Botswana has objected forthwith more so it was formulated without her input nor consent,” he said.

Currently, Botswana is in Appendix 2, which according to CITES means its elephant species population was stable and therefore not endangered in anyway.

Appendix 1 will automatically bar trade in the species which means countries with abundance of species which is the case with Botswana, will be stuck.

“The position of Botswana and the rest of the SADC bloc towards successful wildlife management and sustainability is to allow community involvement so that they become the eyes and ears on the ground.

There is no better intelligence than our people,” he said.

Mr Mokaila said Botswana was therefore looking forward to having audience with Kenya on the matter with a view to find a common ground once and for all.

Minister Mokaila said Kenya, one of the most visited countries in Africa with a wide range of tourists, ought to be Botswana’s strategic trade partner.

He said there was a lot that Botswana could learn from the East Africa country to derive maximum benefits in the tourism sector.

Meanwhile the Minister of Foreign Affairs and International Cooperation, Dr Unity Dow has stressed the importance of the state visit saying it reinforced bilateral relations between Kenya and Botswana.

The two heads of state were expected to engage on a broad spectrum of socio-economic issues for the benefit of their peoples.

Dr Dow said in an interview Sunday that the state visit would also serve as a platform for the two countries to sign numerous Memoranda of Understanding (MOUs) and review some if necessary.

Such MOUs, she said, ranged from defence and security to tourism and trade among others.

Kenya, according to Dr Dow, remained an important and strategic ally to Botswana due to its economic muscle in East Africa.

“The idea is to say what aspects of the relationship we can negotiate at this level so that when we meet at international level we already have a common position,” she said.

Citing Dr Masisi’s desire to transform the country into a transport hub, she said Botswana would use the state visit to cajole Kenya into considering having its national airline fly into Botswana.

In addition, Dr Dow said the fact that the two African states produced the most sought-after livestock vaccines called for the duo to use the visit to exploit ways to collaborate in the area.

For his part, Minister of Defence Justice and Security, Mr Shaw Kgathi expressed appreciation for the state visit saying it could only foster existing cooperation between Botswana and Kenya particularly in the area of defence and security.

Mr Kgathi said the two African nations would further broaden their scope of cooperation to include extradition of suspected terrorists.

He disclosed that Kenya was keen to have some of its officers undergo training at the internationally recognised Police College at Otse.

President Masisi, who arrived in the East African nation yesterday at the invitation of his Kenyan counterpart, President Uhuru Kenyatta is also accompanied by First Lady Neo Masisi, Minister of Transport and Communication, Ms Dorcas Makgatho as well as Minister of Agriculture Development and Food Security Mr Fidelis Molao and other government officials.