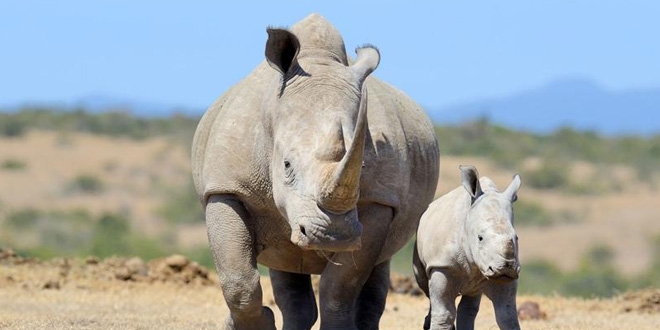 Poaching incidences may have abated as of now, but wildlife
conservationists are raising alarm here that their disappearance should
never be taken for granted.

“These illegal hunters, with their long network of accomplices could be in
stealth hideout planning their next move,” warned the Commissioner
Conservator for Tanzania National Parks, Dr Allan Kijazi during the second
instalment of ongoing exercises to commission officers working for TANAPA,
with paramilitary awards.

He was on view that poachers have always stayed ahead of their game,
creating and maintaining strong, worldwide syndicates, purchasing and
stocking modern artillery as well as being abreast with modern technology.
“But now having realized that the country?s anti-poaching machinery was
well equipped the racketeers could be back on their drawing board, planning
to stage a surprise comeback,” pointed out Dr Kijazi.

He was speaking at Mto-wa-Mbu area, adjacent to Lake Manyara National Park,
during the second ceremony to outfit 102 junior conservators with insignia
ranks after they successfully completed their respective paramilitary
training as currently required by the law.

The Minister for Natural Resources and Tourism, Dr Khamis Kigwangalla
declared recently that while poaching incidences have almost ceased in
national parks and game reserves, illegal international trade involving
wildlife trophies still flourishes. There are ample wildlife related
trophies and artifacts previously looted by poachers that are still hidden
in secret vaults and these are items that illegal traffickers continue to
seek out, he said.

Observers assert that once the racketeers deplete their hidden stocks, the
poachers could be back in the game, this time with a vengeance for being
forced to stay under cover for years. Acting upon the Arusha Manifesto of
1961, Tanzania continues to protect wildlife and maintain natural growth
for global benefit.

Tanzania is currently protecting more than 350,000 square kilometres of
conserved land through game reserves, forest reserves, national parks,
wetlands and specified conservation areas. This accounts for over 35
percent of the country?s total area.

Tabling the 2019/20 ministerial budget estimates, the minister for Natural
Resources and Tourism, Dr Khamis Kigwangalla said that the government is
coming up with new regulations to improve provision of tourism services
that conform to international standards, saying the sector needs
substantial developments.

He said that plans are underway to bring about regulations to allocate
hunting sites for locals that will see establishment of centres to sell
wild meat at appointed butcheries across the country. He told the
legislature that the proposed regulations for recruitment of staff in the
tourism sector will help employees gain working skills for needs of local
and international markets.

The move will create an enabling environment for security and safety in the
profession, increase accountability and trustworthiness in service
delivery, he elaborated.

On steps taken by the government to end poaching, the minister said that a
total of 415,060 surveillance meetings were conducted at various reserve
areas in the country.

About 424 elephant tusks, 220 pieces of ivory, 519 guns and 719 bullets
were recovered, along with 100,278 sacks of charcoal, among other objects
that were confiscated in the process. `