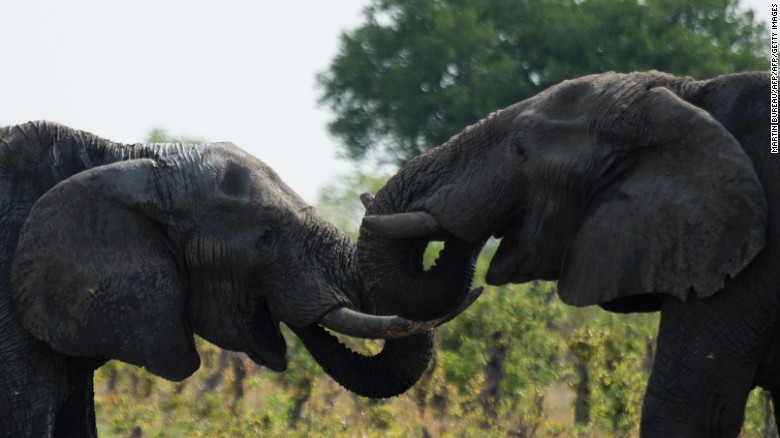 African elephants are pictured in Hwange National Park in Zimbabwe.

Harare, Zimbabwe (CNN)Zimbabwe made $2.7 million from the sale of more than 90 elephants to China and Dubai, according to a spokesman for the country’s wildlife agency.

Money from the sales will be used to support conservation efforts, said Zimbabwe Parks and Wildlife Management Authority spokesman Tinashe Farawo.
Farawo said the agency was having difficulty controlling the population in its national parks, and that proceeds from the sales, made over a six-year period, will be used for the upkeep of its remaining elephants. “We are struggling with a ballooning number of elephants. We believe in sustainable utilization of our resources, and these elephants must pay for their upkeep,” Farawo told CNN.
He said water levels were running low in rivers in its parks and officials have been using alternative water sources to feed the animals. 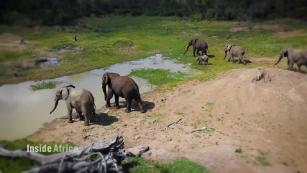 Saving elephants by crossing borders 07:26
“We have a situation where most of our game parks use borehole water, and that needs a lot of resources. These are some of the costs that we are grappling when there is drought,” he added.
Tourism minister Prisca Mupfumira said the country presently has 85,000 elephants and it could only cater for 55,000, according to a local media reports.
The 98 elephants were airlifted to parks in China and Dubai and they were sold for prices ranging from $13,500 to $41, 500 each, the reports said. They were exported between 2012 and 2018, the Zimbabwe Chronicle reported.
The minister told the newspaper that the government was pushing for the lifting of ivory trade ban placed by the Convention on International Trade in Endangered Species to pave the way for the sale of $300 million worth of ivory, 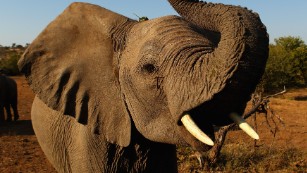 Botswana has ‘significant elephant-poaching problem,’ conservation group says
Botswana, Namibia and Zambia, homes to the largest population of African elephants, are among southern African countries seeking a lift in the ban on ivory tradeplaced by CITES, the global organization responsible for regulating the trade in endangered species.
In 2015, Zimbabwe put some of its wildlife on sale, saying it needed to save them from an impending drought that hit its national parks and reserves.
Residents and farmers in rural communities often complain about elephants invading their farmlands and destroying crops.
“We are selling because we need to manage the numbers … we need to rescue people from the elephants because apart from being killed in attacks, the people have no money to buy medicines to treat the injury caused by the animals. So it is a sustainable policy,” Farawo said.