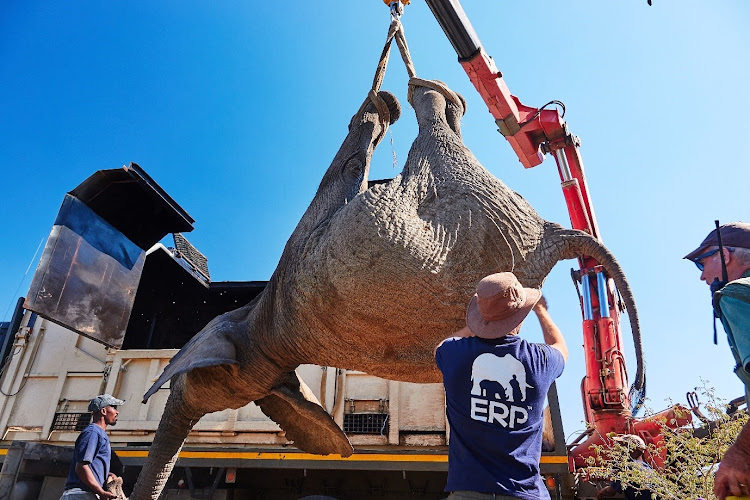 The journey begins… one of the elephants is loaded aboard a truck after being transquillised at its home in Limpopo. 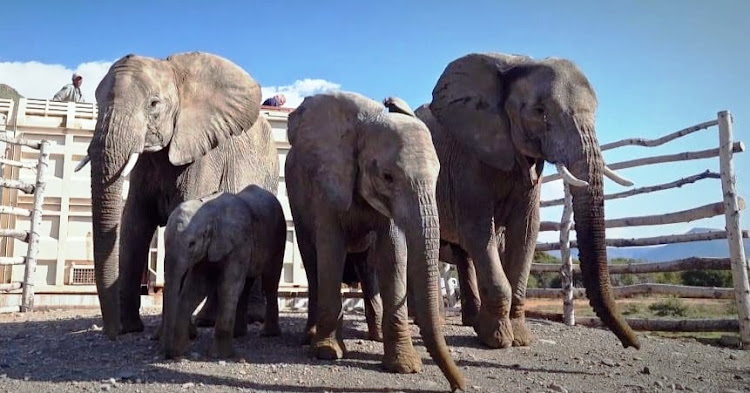 New life beckons… three of the elephants before their release in the Eastern Cape.

Two families of elephants woke up this week to find themselves 1,100km from home.

The 16 animals had been relocated from Limpopo to the Eastern Cape as part of the Great Karoo Elephant Migration project of Elephants, Rhinos and People (ERP).

The project aims to find a solution to elephant over-population and subsequent culling. Since natural migration routes have been blocked by human development, the project uses relocation as a way of moving elephants from overpopulated reserves to former ranges in the Karoo.

“The elephants of the Eastern Cape were practically wiped out during the South African colonial era. Thousands of elephants were hunted for their tusks over 250 years, decimating the elephant population.” said ERP.

#ERP has successfully completed the translocation of two family groups of elephants to @mountcamdeboo and Buffalo Kloof Private Game Reserve, in the Eastern Cape Province of South Africa. For the full story visit: https://bit.ly/2VsVYRv . #ERPredux #TheGreatKarooElephantMigration

Subsequent farmers also hunted the elephants till there were only 16 left in the Addo region.

ERP said by transporting elephants to the Eastern Cape, it aimed to establish viable breeding populations and eliminate the need for culling in overpopulated reserves.

“These two introductions are the result of months of painstaking logistical preparation by ERP staff, covering activities including site visits, permit applications, and detailed planning to manage capture, transport, release and associated logistics,” it said.

The translocation included 23 hours of non-stop driving in customised trucks.