KAA accused of not giving allowances for special duties

•Officers get a flat commuter allowance of Sh3,000 monthly .

•The police no longer live in free housing. 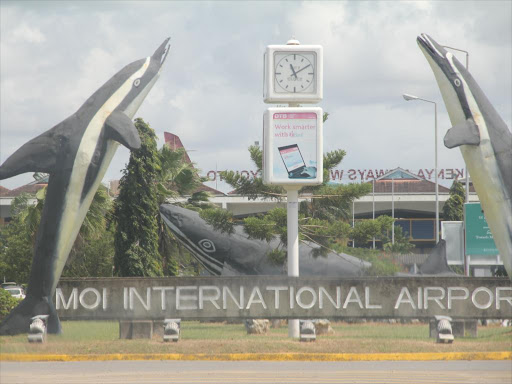 Three officers, who spoke in confidence, attributed this to an array of concerns including “poor treatment” from Kenya Airport Authority, the management of MIA.

Dozens of cops have been influenced by hefty bribes after KAA failed to provide allowances for special duties, according to the police.

The airport is a vital security installation in the country.

Some of the officers have been guarding the airport for close to a year. They requested not to be named fearing reprisal.

They were not specific on the dates or the goods they helped to smuggle into the port city.

MIA is synonymous with trafficking of drugs, ivory and elephant tusks.  In January 2017, an Ivorian woman was nabbed with heroin with a street value of Sh10 million.

A month later, a 51-year-old Mohamed Jibril Ali, had concealed Sh10 million-worth heroin in his shoe soles. He was headed to Dubai.

“Why not KAA?  It used to pay but stopped. We feel demotivated,” he said.

He said police guard the facility round the clock to ensure its safety is not compromised yet they receive no compensation.

The officers’ financial burden worsened after moving out of police flats.

The second officer said the apartments are in Magongo and Migadini.

He said house allowances provided by their employer, National Police Service, are “peanut” and cannot cater for rent near MIA.

Police have been forced to relocate to as far as 10 kilometers away, the officer said.

“We live in areas like Miritini where cheap houses are available. Our house allowance ranges from Sh8,000 to Sh13,000,” he said.

“We have families of up to 10 members which requires at least a two-bedroom house whose rent in estates around MIA is about Sh20,000.”

Uhuru directed the National Treasury to terminate all leases with landlords within 90 days.

The directive took effect in January.

The third police source said officers are given a flat commuter allowance of Sh3,000.

“If you compare us to those in Jomo Kenyatta International Airport, Nairobi, they are better off. They are still living in police lines,” he said.

He said the allowance is not enough for a whole month.

When the Star contacted one of KAA official lines, the receiver said, “We are not working over the weekend.”

When told KAA needed to respond to some accusations, the lady said, “Kindly call tomorrow (today).”