The story of rhino poaching, elephant trampling and man-eating lions is even more complicated

Craig Packer is the director of the Lion Center, a research and conservation center at the University of Minnesota. The views expressed in this commentary are his own. View more opinion on CNN.

(CNN)Lions eat people. In fact, they eat them all the time. And although the news last week focused on a suspected rhino poacher who was eaten by lions after being trampled by elephants, the story may tell us more about the hazards of poverty than about nature taking vengeance against the sins of mankind.

In southern Tanzania, lions attacked nearly 900 people in a 15-year period starting in the 1990s, and two-thirds of their victims died. The motive? Humans make a decent food source. These lions, who had lost most of their normal prey to habitat damage and human population growth, instead began consuming bush pigs, a native species that is also a serious and nocturnal crop pest. 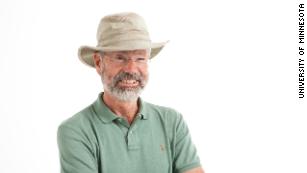 Craig Packer
To protect their crops, subsistence farmers had to sleep in their fields at harvest time. Lions followed the pigs to the fields, and some learned to add sleeping farmers to their diet.
A similarly desperate situation has persisted for many years in South Africa’s Kruger National Park, which is located along the border with the much poorer nation of Mozambique. Impoverished Mozambicans seeking employment in South Africa have continuously attempted to cross Kruger Park on foot, and hundreds have ended up victims to Kruger’s many lions.
I once met a Kruger ranger who had recently performed a routine inspection of a dead lion in the middle of the park. Its stomach contents included a human hand.
In recent years, Kruger has attracted another type of illicit foot traffic: As home to one of the largest remaining populations of rhinos, it has drawn record numbers of poachers. From the point of view of a poor family in Mozambique, a single rhino horn is the equivalent of a year’s salary. The risks of getting caught by rangers, trampled by elephants or eaten by lions may seem insubstantial compared to the opportunity to feed your entire family for a whole year.
Not all rhino poachers are poor villagers — the trade in illegal animal parts can attract a broad section of corrupt society, including drug dealers and gun traders. And while I don’t know if last week’s suspected poacher was acting out of desperation or greed, the fact that he was on foot implies a similar dilemma as a Tanzanian farmer who must choose between the near certain loss of his sole crop of the year versus the risks of a lion attack.
So, when I read about the death of the Kruger rhino poacher, I thought first of the poverty that drives so many people toward danger. Add in Mozambique’s overwhelming humanitarian disaster caused by last month’s Cyclone Idai, and there’s even more reason to ask what drove this man into the park in the first place. The combination of rhino poaching, elephant trampling and man-eating lions may have captured the attention of the moment, but this man wasn’t the first — and he won’t be the last.
Stay up to date…

In the industrialized world, we view lions and elephants with affection and an enduring sense of awe. But all-pervasive poverty is the root cause of the conservation crisis in Africa — land is increasingly scarce, elephants trample crops and lions kill livestock and people.
The United Nations’ Sustainable Development Goals aim to eliminate extreme poverty by 2030. If this lofty ambition were actually to be achieved, we might one day be justified in considering a trampled poacher to have received his just deserts, but until then, let’s also consider the possibility that his death might signify a much larger problem.