An interesting piece, that should be read carefully and analysed.  Craig Packer told me last year that many Tanzanian hunting concessions were now unused and many were likely to be turned over to farming as President Magufuli tries to keep rural voters happy and behind his party. Africa Geographic is broadly anti-hunting so healthy scepticism advised as this is an editorial and is a very selective part of a much wider report on the underfudning of conservation in protected areas and their environs. The full article can be found here – https://www.researchgate.net/publication/331409134_Africa_is_changing_Should_its_Protected_Areas_evolve_Reconfiguring_the_Protected_Areas_in_Africa .  The hunting aspect is a tiny part of a report on protected areas and a key recommendation that is ignored below is that “Local communities. – Should be able to govern themselves, and thus choose what they want to do with their land. Forcing them to make a choice would be synonymous with failure. – Forcing on them a method of implementation
(without respecting the principle of subsidiarity, for example), would also lead to failure.  The report itself rather misses the point with hunting and local communities, that hunting is still a viable conservation tool in areas not suitable for eco-tourism as a means of earning income to stop the land being turned over to farming, with the loss of all wildlife. There is also the slightly unworkable argument that the cost of a trophy hunt for a lion brings in $x while the cost of conservation is $xxx, jgnoring that in conserving habitat for one species you conserve it for that area’s wildlife in general so the equation does not work with the cost of hunting a single animal of one species. I’d be interested to see the responses of specialists who have studied the Namibian model to the review in the Chardonnet paper KS

Trophy hunting in Africa is in decline, and no longer pays its way 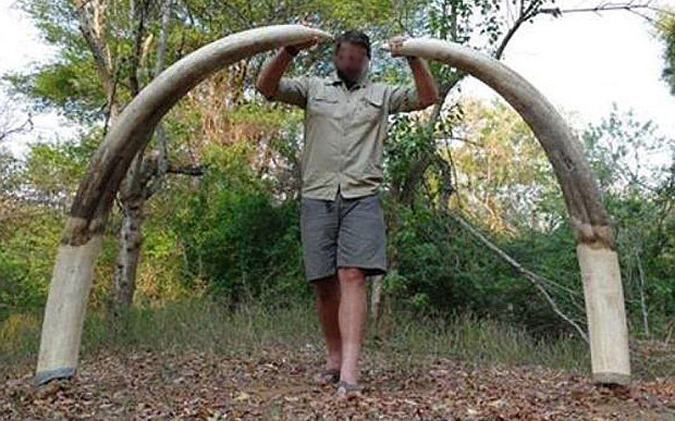 In addendums to his IUCN report titled ‘Africa is changing: should its protected areas evolve? Reconfiguring the protected area in Africa’, wildlife vet and protected areas consultant Bertrand Chardonnet proposes that big game / trophy hunting is in a state of decline and is no longer able to pay for its ecological footprint, leading to poaching and habitat loss in hunting concessions.

Chardonnet’s proposal is against the background of the following 3 indicators:

Amongst countries still offering big game hunting, ecosystem degradation and decline of game species has led to the non-use of significant portions of former big game hunting areas – 72% in Tanzania and 40% in Zambia. In Tanzania, 110 out of 154 hunting zones have been abandoned because they are no longer profitable for big game / trophy hunting. This represents a surface area of 140,000 km2, or four times the size of Tanzania’s national parks.

2. The decrease in the number of shot animals

Tanzania is Africa’s leading country for big game hunting in unfenced areas, and yet the numbers of lions and elephants shot have plummeted over the last six years (see Figure 1 below).

Despite a six-year age limit on lions (only lions older than six years may be shot), in 2015 66,7% of the lions shot were five years old, or younger. Aside from the issue of the hunting of under-age lions, this statistic demonstrates the lack of suitable lions left to hunt.

Additionally, during that time the annual lion hunting quota awarded by the Wildlife Divisions was 315 until 2015, and then 207 since 2016. This mismatch between available lions (as per Figure 1) and quotas was behind the reason certain Western countries controlled and even banned the imports of sport-hunted lion trophies.

The dramatic surge in ivory poaching in Tanzania has led to the collapse of elephants available for hunting (Figure 1), as big game hunters target the same large-tusked individuals that poachers target. Taking into account the slow growth rate of tusks, it will take decades of protection with zero offtake before elephant hunting can recommence – a likely death-blow for the big game hunting industry in Tanzania. As was the case with lions, the awarded quotas were far in excess of what was available – with 200 elephants available on quota up to 2013 and 100 since 2014. The suspension of elephant trophy imports into USA was only imposed in 2014 – far after the decline in available elephants, and had little impact on the sustainability of the trophy hunting industry.

In northern Cameroon, the animals harvested per annum halved over the period 2008 to 2016, despite the same number of hunters.

3. The decrease in the number of hunters

The number of hunters in countries that provide trophy hunters to Africa have dropped dramatically. For example, in USA, the number of hunters had dropped by 18.5% between 1991 and 2016, from 14,1 million to 11.5 million. In France, the drop was 50% in 40 years.

When it comes to big game hunters visiting African countries, the numbers are not as easy to access, but South Africa has seen a 60,5% drop in eight years, from 16,594 in 2008 to 6,539 in 2016. In 2018, the former president of the Tanzanian Hunting Operators Association said that lion and elephant hunts had dropped to a handful. Figure 2 below shows the reduction in foreign trophy hunters visiting that country. 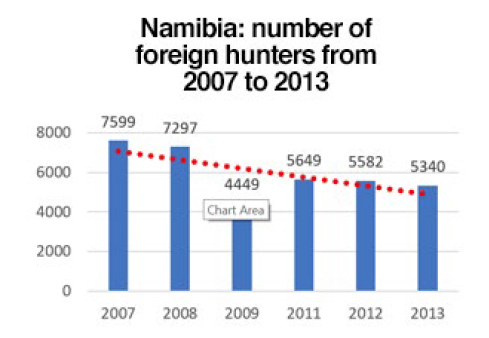 The average spend in Tanzania by trophy hunting operators for anti-poaching efforts was US$0.18 per hectare per year – far off the current standards of US$7-8, and Kenyan Wildlife Service’s figure of US$14. By spending a mere 2% of the required amount, Tanzanian trophy hunters have not been able to maintain biodiversity in those areas. Total revenue generated by the 200,000 km2 of hunting areas in Tanzania is US$30 million per annum, whereas the conservation cost for that land, if done correctly, would be US$150 million per annum.

When it comes to contributions to local communities, the average trophy hunting operator in Tanzania spent US$0,08 per hectare per year, compared with tourism concessions in Kenya’s Maasai Mara paying US$40 per hectare per year – without counting the redistributions linked to entry fees and employee salaries.

Moreover, the amount collected from Tanzanian trophy hunting operators were not all used in Tanzania, as highlighted in the Panama Papers financial scandal, which underlined the poor governance of this sector.

A good trophy hunting area would have a lion density of 2 per 100 km² and therefore requires about 5,000 km² (500,000 hectares) to shoot one lion per year, sustainably. The required annual spend to keep poaching at bay for that land alone would be a minimum US$4 million (500,000 x US$8). This compares to the sales price of an average lion hunt of US$50,000 (the price paid for Cecil the Lion). In other words, the going price for a lion is 2,5% of the cost to keep that lion area safe from poachers and habitat loss.

In South Africa Peter Flack, one of the leading defenders of hunting in 2018 wrote in his blog that after a 50% decrease in the number of foreign hunters in just a few years, many game farmers were killing their wild animals and replacing them with cattle, given the poor economic situation of the game farming sector. This follows the attempts to manipulate the wild, ethical character to keep these exploitations economically viable using artificial means, first of all through the hunting of lions kept in small enclosures (canned hunting), then through the genetic manipulation of ungulates to produce animals with different colours or larger trophies sought after by hunters. Condemnation of both practises has come from all corners, including groups of IUCN specialists, and the prices of these animals have now dropped to their lowest level. This leaves numerous game farms without real sources of income and thus without any means of funding their conservation.

1. has seen a rapid decline in Africa over several years;
2. does not protect the natural habitat from habitat loss and poaching
3. can only finance a small percentage of the sum required for its conservation; and
4. does not provide sufficient socio-economic benefits.

Hunting used to be a conservation tool, but in the great majority of cases it no longer plays this role and will not do so in the future either. Before many hunting zones are colonised, it is important to recover part of some of them to improve the configuration of certain protected areas and, through this, nature conservation.

The absence of the economic profitability of big game / trophy hunting confirm that consumptive management cannot generate sufficient income to conserve nature. The solutions thus now involve the funding of public goods, which involves living animals, and not the development of conservation actions based on the commercialisation of dead animals.

To read Chardonnet’s report in this regard, refer to page 33 (Appendix 2) and page 37 (Appendix 3) of this document. 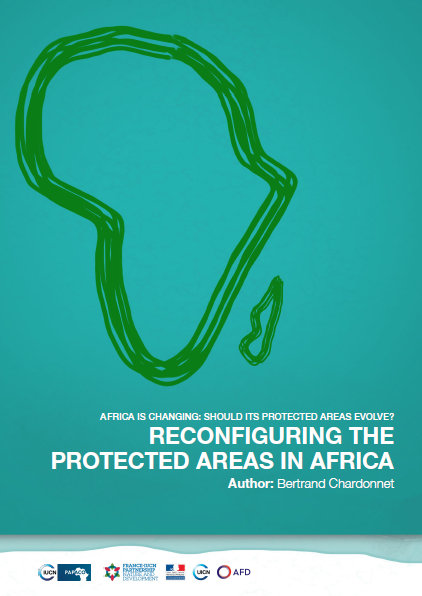 BERTRAND CHARDONNET is a doctor in veterinary medicine by training. After a doctoral thesis in Guinea Bissau on wildlife management, he started to work in West Africa in 1985 as adviser for livestock breeding. Over the years, he has worked as chief game warden of Bamingui-Bangoran National Park in Central Africa Republic, adviser to the Director of Wildlife in Burkina Faso, adviser to the Minister of Environment in Chad and head of Rinderpest eradication in West and Central Africa.

During this time, he also served as co-chair of the IUCN Antelope Specialist Group. He has also performed wildlife veterinary services and consulted as protected areas and wildlife specialist, focusing on ecological monitoring, anti-poaching strategies, conservation strategies and protected areas planning.

Chardonnet has worked in 40 African countries, and today he focuses on training, ecotourism and wildlife photography.