‘The recommendations will now be considered by President Masisi, the relevant ministries (notably those of Local Government and Rural Development and of Environment, Natural Resources Conservation and Tourism) and new directives or legislation will follow.

‘They include:
• Hunting ban be lifted.
• Develop a legal framework for growth of safari hunting industry.
• Manage Botswana elephant population within historic range
• Strategically placed human wildlife conflict fences be constructed in key hotspot areas
• Game ranches to serve as buffers between communal and wildlife areas.
• Regular but limited elephant culling be introduced and establishment of elephant meat canning, and processing into other by products.

‘The lifting of the hunting ban, put in place in 2014, has long been called for by local community leaders, especially in the main wildlife area of Ngamiland (including the Okavango Delta and Chobe National Park (NP), which include areas formerly hunting concessions.

‘Lifting  the ban and the reintroduction of hunting as part of an integrated land-use and conservation policy could be beneficial. It could revive popular support for maintenance of wildlife areas outside NPs and produce income for local communities as long as there is a proper quota and a well thought out Community Based Natural Resource Management programme (CBNRM) to balance development needs of poor rural communities with wildlife conservation.

‘The idea of using game ranches as buffers should bring in income and cut human-wildlife conflict, and will be welcomed by many rural communities.  When I interviewed Chief Timex Moalosi of Sankuyo (in the heart of the Ngamiland wildlife range adjacent to the Okavango Delta), last year he told me that his village had lost $600,000 a year when the hunting ban was introduced in 2014 by the previous president, Ian Khama.

‘His community had since suffered massively from increased crop and livestock damage from elephants, lions and hyenas since the hunting camps that acted as a buffer between wildlife areas and farming areas had been removed.

‘Trophy hunting was an important source of income for local communities through the sale of hunting quotas to safari hunting operators and visiting hunters.  It is highly controversial and not to everyone’s taste but in southern Africa it has proved a useful tool to mitigate wildlife conflict, give local people an incentive to tolerate wildlife and helped maintain wide areas over which wildlife can migrate with lessened conflict with farmers and herders.

‘The elephant cull proposal will be even more controversial, given the toll taken of African elephants by poachers across their west, central, east and southern African ranges.

‘Botswana has the largest population in Africa (much of it shared with Zimbabwe, Namibia, Angola and Zambia) and there are severe problems of elephant damage to the fragile environment along the Chobe and Linyanti Rivers, in Savuti and areas of Ngamiland bordering human populations.

‘Culling elephants is always highly emotive and the idea will be greeted with an outcry from the anti-hunting lobby in Botswana, led by former president Khama, and by western animal rights NGOs which oppose hunting.  It may well be that this part of the proposal will not see the light of day.

‘Whatever the changes in conservation practice and legislation that emerge from this, there is going to be fierce debate nationally and internationally over the proposals and a period of political conflict within Botswana with the new president and the supporters of a conservation policy, including hunting, pitted against the Khama network and its foreign supporters that militantly oppose hunting as a conservation tool.’ 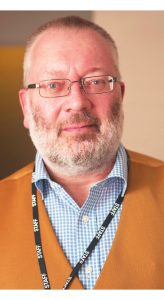 Professor Keith Somerville is a member of the Durrell Institute of Conservation and Ecology and teaches at the Centre for Journalism.  His book on the history of human-lion conflict and coexistence from the Pleistocene to the present, Humans and Lions Conflict, Conservation and Coexistence,  will be published by Routledge/Earthscan in the summer.​

The University’s Press Office provides the media with expert comments in response to topical news events. Colleagues who would like to learn more about how to contribute their expertise or how the service works should contact the Press Office on 3985 or pressoffice@kent.ac.uk