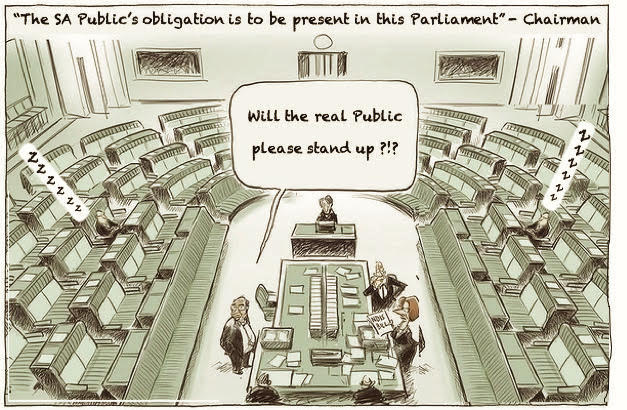 This month we launch our Guest Blogger series. It’s purpose is to share information, ideas and inspiration from people who are passionate about conservation-related issues in the Greater Kruger.

It’s been a busy February. Journalists and activists have had a lot to talk about since the Portfolio Committee on Environmental Affairs met recently to inquire into the “benefit-sharing agreement in the western boundary of the Kruger National Park between SANParks, APNR and communities.” This meeting, like the one in August 2018, reflected much tension between the Committee and the conservation establishment – SANParks and the private reserves that share an open boundary with Kruger National Park. Trophy hunting and its contribution to local socio-economic development was a bone of contention. Private reserves claim they need the proceeds of small-scale trophy hunting to fund the management of their reserves; detractors say it is a corrupt industry that enriches a small elite.

This blog is not about whether hunting is good for conservation. Or whether private reserves truly enhance the livelihoods of their neighbouring communities.

It is about the power of words.

Critics and commentators of SANParks and Associated Private Nature Reserves (APNR) deploy two powerful terms – public and parliament – as they pronounce that the end of trophy hunting is nigh, or, as they rejoice in the prospect that the GLTFCA Cooperative Agreement might be nullified. (See Simon Espley’s piece – “Opinion: Our CEO asks whether the trophy hunting industry could ruin Kruger’s big expansion plan” on Africa Geographic Blog 08.02.19 and Don Pinnock’s “Kruger National Park has been condemned by Parliament for signing an agreement which it had been expressly forbidden to sign by the Portfolio Committee on Environmental Affairs” on Daily Maverick 12.02.19)

Will the real public please stand up?

Let’s examine the first immensely powerful word on our blackboard today: Public. In an otherwise thought-provoking piece, Espley warns APNR reserves that “…a rolling snowball of public rage at killing animals (particularly large-gene individuals) for fun and ego is growing in size and momentum every day, and the consequences will only increase. And social media and other technologies are empowering millions of new-age activists to pursue and prosecute trophy hunters and others in the industry”.

Now, let us ask, who exactly are the incensed “public” and “new-age activists” that will purportedly bring the APNR to its knees? Are they citizens directly affected by the goings-on in Kruger National Park and the neighbouring private reserves? Are they the unemployed youth from Hazyview, Thulamahashe and Acornhoek? Do they represent the views of the people in Hoedspruit, Bushbuckridge and Mbombela? Do they speak for land-claimant groups, tourism operators, mall owners and small businesses operating on the western boundary of Kruger? A brief look at social media profiles reveal that sadly, they do not. The people who are most “outraged” are removed from the day-to-day realities of protected area management and life in the Greater Kruger. The petitioned anti-sustainable use “public” looks a lot like Espley, Pinnock and myself  – white, privileged and, well, part of a minority that does not represent the values, aspirations and sentiments of tens of millions of fellow South Africans.

In the real world, local residents – the “public” – who live near Kruger and APNR reserves did express their opinions about what should and should not happen in their neighbourhood. In fact, every South African had their chance to do this when Kruger rolled out an intensive public consultation process last year in the build-up to completing its 10-year Management Plan. Locals made it clear that they were deeply worried about economic opportunities, jobs, damage-causing-animals, human-wildlife-conflict and better communication between themselves and their protected area neighbours. Trophy hunting ranked low (they were more worried about rhino poaching). However, right now, trophy hunting sits high on the to-do-list of SANParks and APNR reserve managers thanks to social media issue entrepreneurs and a subsequent parliamentary intervention. Take a stroll through the densely populated areas adjacent to our country’s most iconic nature reserves, you will not find a public “outraged” by trophy hunting. Stay long enough and you are sure to see a strike or service delivery protest – plenty of rage there – about incompetence of municipal services, government corruption and local politics.

Whose parliament is it anyway?

Back to the blackboard and our second loaded word: Parliament. Pinnock, in his piece, comes out guns blazing (no pun intended) claiming that SANParks “showed the finger to Parliament” and that they partook in the “illegitimate signing of the Greater Kruger agreement.”

Let’s take a closer look at this most recent intervention from “parliament.” Parliament obviously assumed that the majority of us are against the principle of sustainable use (a value protected by our constitution). We can discern parliaments’ stance from the fact that apart from SANParks, DEA and the APNR (and committee members themselves), we, the people of South Africa, were represented by two animal rights activists (residing in Cape Town and Joburg respectively), a photographic safari lodge operator (another Cape Town resident), a white lowveld-based mystic who claims that white lions are “children of the Sun God,” a small traditional healers association and the Lowveld & National Khoisan Councils. It is most certainly a fascinating group, but I detect large gaps in the representation of the South African public here (there’s that naughty word again!). The Greater Kruger is teeming with intelligent, progressive and extremely experienced conservationists, traditional leaders, community development activists and researchers. In the portfolio committee meeting, not a single one of them received an invitation to come and share knowledge, data, or even an opinion.

According to Pinnock, the colloquium said that the Cooperative Agreement “has no validity.” I ask, what validity had the colloquium? How did this curious congregation help us figure out better ways to share socio-economic benefits between protected areas and local communities? How did it help to ensure stronger oversight, ethics and transparency in reserves where trophy hunting does occur?

Why be reasonable if you can be right.

Speaking more generally now, it is troubling to note the pervasive assumption held by the anti-hunting fraternity that they are intrinsically and irrefutably on the “right” side of this complex, emotional and value-ridden debate. Scan through a few social media posts and news articles and you will encounter moral authority and righteous anger of biblical proportions.

Let’s pause for a moment and ask, just who gets to be morally outraged about trophy hunting? While we rage, what other issues are silenced?

I recently had an interesting chat with a well-known game ranger and resource manager here in the Greater Kruger. While I wanted to talk about the recent media-fuelled “trophy hunting scandals” on his doorstep, he wanted to talk about safari lodge water use. Now, most of us have heard of Cecil and Skye the lion, but do we know how much water we used the last time we visited our favourite game-viewing destination? If you’re from Cape Town, you might want to sit down for this next bit of information. Kruger National Park restricts lodge concessions to 350 litres of water per person per pay – that is 300 litre a day more than what Capetonians got during recent drought conditions. I’ll repeat. Tourists in Kruger get 350 litres per day. And almost all lodge concessions struggle to comply with this limit. As a result, the guests and staff of a 48 bed photographic safari lodge consume between 700 000 and a 1 000 000 litres of water per month, all extracted from boreholes.

It made me wonder, why don’t we ever see those lodge owners tarred and feathered on Facebook? (“Lion cubs suffer as atrocious tourists let boreholes run dry.”) You don’t see photographic safari operators being run out of town or getting death threats when they use and abuse nature. Also, we don’t think of vegetarians as offensive “tree murderers” or “biodiversity slayers” because, as we speak, some indigenous forest is being bulldozed to make way for soya products or palm oil. I use paper products every day, but nobody has ever trolled me because of the misery I cause to countless trees, insects and ecosystems that are far, far away.

Whilst hunting practices in the APNR are scrutinised, regulated and in the spotlight constantly, the same can’t be said for tourist operations in the same area. Does this seem right to you?

Social scientists teach us about the power of language to not just reflect reality, but to actively create it. Traditional and social media is a domain where words and images have the power to create multiple versions of reality. Saying that something has “outraged” the public does not necessarily reflect some objectively-existing outraged public somewhere, but it sure can create one. Did you ever think of trophy hunting in the Greater Kruger as a “drama?” Maybe you do now – I snuck it into my title.

If we are going to find answers to the most complex environmental problems of our time, we will have to refrain from our myopic views and descend from moralistic high horses. Is your ego not as big as that of the trophy hunter you love to hate? Sure, they have animal heads mounted on walls, but we have fancy SUVs, branded clothing and gigantic carbon footprints as we enjoy the spoils of urban life, or take off on another photographic safari. Lucky for us, right now, we are on the “right” side of social sentimentalities.

But norms and values are fickle and relative. Let’s reserve our moral outrage until we have inspected our own sustainable utilisation habits. All of us use nature in some shape or form and we are all complicit in some or other environmental problem. Climate change is not as sexy as lions and elephants, but maybe we should “rage” a little bit more about issues that implicate us, and that concern the well-being of billions of people, especially in the Global South.

How can protected areas share the benefits of sustainable utilisation – in all its shapes and forms – with local people in a more inclusive way? How can local communities get access to communication platforms that have traditionally been the domain of the powerful and privileged? How can we tell stories to inspire real social and economic transformation in and around protected areas? Focusing all our energy on the issues that matter to the people with skin in the game might just be a good place to start. And if the outcomes of the 2018 SANParks public consultation process are anything to go by, locals want the reserves in the Greater Kruger to stay and they want to transform, and flourish with it.

Yes, we need to have some robust conversations, but for starters, let’s avoid appropriating public opinion and political legitimacy when promoting highly contestable viewpoints. Rather than locking down the discursive space, lets open the whole thing up so that multiple opinions can learn to co-exist (as South Africans this is not our strongpoint, but I live in hope!) The Greater Kruger comprises almost 2.5 million hectares on the South African side alone, there’s enough space for everyone.

Want to help? Join the dialogue. Make space for a new discourse about conservation. Talk to strangers. Make the circle bigger. Think. We need better research questions, new ideas and management philosophies. Be tolerant of different viewpoints. Use your (powerful) words – expansively.

About the author: Lindie Botha works and lives in the Greater Kruger. She is a PHD student at the University of Cape Town and her research explores the complex relationship between people and nature.