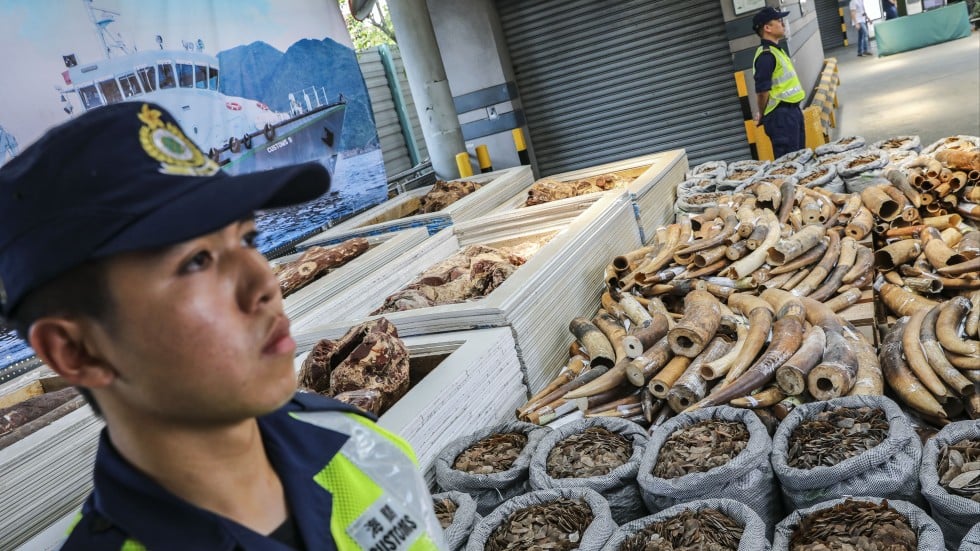 More than HK$62 million worth of elephant tusks and pangolin scales have been confiscated by Hong Kong customs from a shipping container that arrived from Africa this month.

The illegal wildlife products were believed to be destined for mainland China, for use in traditional medicine and high-end sculptures.The haul included more than 8.2 tonnes of scales believed to have come from thousands of endangered pangolins, with an estimated street value of HK$42 million. It was the biggest seizure of pangolin scales, by value and weight, ever in the city, the Customs and Excise Department said.

The operation also came amid increasing seizures of wildlife products last year with the quantities seized increasing more than threefold to 270,000kg.

The scales were found along with more than 1,000 tusks, which weighed about two tonnes. Worth more than HK$20 million, the tusks were the largest haul of ivory since a record HK$70 million ivory seizure in 2017. 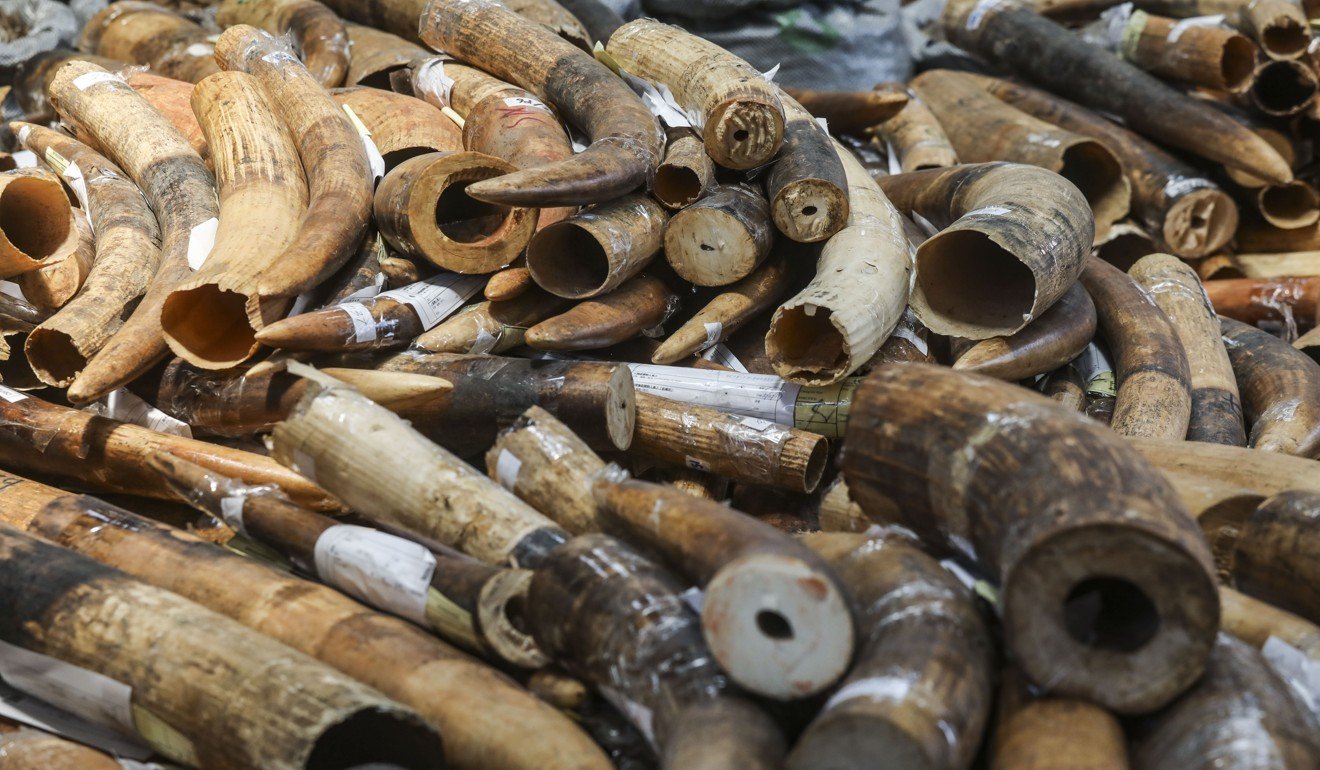 He said a single ivory tusk, that normally weighs more than 20kg, could be sold for more than HK$1.4 million.

According to the department, customs officers uncovered the shipment from Nigeria after receiving intelligence from mainland authorities.

They inspected a refrigerated container, said to be carrying frozen meat from Nigeria, in mid-January, and found the tusks and scales inside.

Two Hongkongers – a man and a woman – were arrested in connection with the case. The man runs a local trading company and the woman is his employee.

The two suspects were picked up at their Mong Kok office about 10 days ago. They have been released on bail pending further investigation.

The Post has learned the contraband was not for local consumption and was probably bound for mainland China.

Customs officers confiscated more than 17 tonnes of the scales in 2018, twice the amount local authorities seized in 2017. The previous record seizure of 7.3 tonnes of scales came in July 2016. That shipment also came from Nigeria.

Africa is one of the main sources of pangolin shipments. Among the seizures in 2018, customs officers seized three separate shipments from Nigeria, involving a total of 11.7 tonnes of pangolin scales.

The source said it was possible this month’s haul was intended to supplement the underground market after the seizures in 2018.

“The price of the scales [seized in the latest operation] is much higher because the scales are bigger in size,” he said. The scales cost more than HK$5,100 per kilogram, but the product in low grade can be bought for as little as HK$580 per kilogram.

Pangolins are believed to have medicinal properties. Products derived from the animal are thought to reduce swelling and increase lactation and blood circulation. In 2018, local authorities seized hundreds of kilograms of ivory. The city’s record ivory seizure was made in July 2017 when 7.2 tonnes of ivory tusks worth HK$72 million were found hidden in a container which had arrived from Malaysia.

Overall, 270,000kg of endangered species were found trafficked to the city in 745 cases last year with the number of cases up by 72 per cent. Customs officers arrested 528 people.

Despite the large seizures of wildlife products in recent years, a government source said there was no evidence Hong Kong was a trafficking hub.

“The seizures have demonstrated our capability and determination to fight against such smuggling activities,” he said. “Our enforcement action has deterred smuggling syndicates from attempting to use the city as their trafficking transit centre.”

He said Hong Kong was not the final destination for such goods and it was just one of the stops along the smuggling routes.

“The main operation of the smuggling syndicates is not in Hong Kong, and in most of the cases Hong Kong is only involved in arranging the logistics for the cargo,” the source said.

He added that seizures struck a blow to these syndicates, as local authorities confiscated the goods and they suffered heavy financial losses.

On Monday, the Post reported that no one had been prosecuted in connection with the city’s largest ivory seizure, in July 2017. This sparked concerns from experts, who called on local authorities to put more money into investigations.

Customs Commissioner Hermes Tang Yi-hoi said on Thursday customs had worked hard with other relevant departments to protect endangered species and disagreed that the prosecution rate was low.

“With regard to prosecutions, we need to produce sufficient evidence to substantiate charges for offenders. This is rule of law that has guided us throughout the years,” Tang said.