Apart from the clear PR intent of the headline, this piece of inaccurate propaganda begs many questions. If, as the article says, “Most local poachers are armed with spears and machetes, but some have primitive but effective muskets”, then why do they need infantry and counter-insurgency training and to be armed, one presumes, with military grade weapons?  Overkill that could easily lead to alienation of the local population, who could see rangers as an army of occupation. This is a real worry, especially given past human rights abuses by Malawian rangers in southern Malawi. And tdo they need British troops to teach them first aid skills and how to stop stomach upsets – hadn’t realised British army was a world leader in that?  On an issues of fact, there are about 25,000-27,000 rhino left in Africa (white and black), not 5,400. If that is suposed to refer to black rhino alone, then say so, don’t misxlead. KS

Eighteen soldiers have been in Malawi for three months as part of a long-term initiative which has seen other squaddies take on similar roles in Gabon and Uganda.

The illegal wildlife trade is worth about £17billion a year and is the fifth biggest form of organised crime.

Later this month the UK Government will host the Illegal Wildlife Trade Conference in London.

Some 1,000 delegates from around the world will attend to discuss ways to save elephants, tigers, rhinos and other threatened species.Wildlife crime does not respect borders. We must share skills and expertise worldwide

Environment Secretary Michael Gove, who will attend the conference, told the Daily Express: “Wildlife crime does not respect borders. We must share skills and expertise worldwide.

“The Malawi enforcement project demonstrates the global leadership we set out in the 25-Year Environment Plan.

We are introducing one of the world’s toughest bans on ivory sales.”

Most local poachers are armed with spears and machetes, but some have primitive but effective muskets.

Afghanistan veteran Major James Cowen, 29, from 1st The Queen’s Dragoon Guards, who commanded British troops on the Malawi deployment, said: “This has been hugely rewarding. In Malawi people exist hand to mouth but when they see a foreign Government investing in their natural heritage they take notice.

“When you see a poached elephant and look at its feet you see it’s walked thousands of miles and weathered storms, only for a human to kill it in an instant for its tusks. It is barbaric. 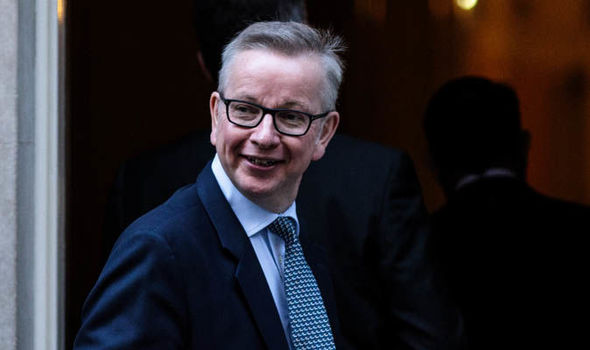 “Among the skills we have passed on is the importance of gathering intelligence.

He added: “Working here you get an amazing feeling that potentially your grandchildren might be able to see these animals in the wild. “It has been a worthwhile four months for me and I have already asked to do it again.”

The British soldiers taught rangers to set up ambushes, make patrols more efficient, by reducing the volumes of water and food they carried, and taught them navigation by compass as well as basic first aid.

Lance Corporal Chad Spalding of 3rd Battalion The Rifles, led African Park rangers on patrols in Majete Wildlife Reserve in the Malawi bush on the lookout for poachers.

The 23-year-old, originally from Zimbabwe but now living in Edinburgh, said: “This has been a unique experience and I would like to do it again, mainly to help conservation.

“I firmly believe that we should do something before it’s too late. Northern white rhinos are already extinct, for them it is too late.”

In return for the training, the rangers taught the soldiers bushcraft, showing them plants to cure stomach upsets or serve as antiseptics.

His team protects wildlife by working closely with the local community, gathering intelligence and tracking the animals.

He said: “We have been shown how to improve collecting information and analysing it. The medical training is also very valuable.

“It will save the lives of rangers but it also means we can help the local community if people are injured.”

Majete park manager, Craig Hay, 47, who will attend the London conference, added: “The training has improved rangers’ skills and made them feel more confident.

“This is important work. At Majete we have not lost a rhino or an elephant since 2003.

“There is more pressure and the problem is increasing.”