An investigator has called on the international body that polices trade in wildlife to crack down on the illegal trafficking of young elephants across borders in south-east Asia.

Secretive agents in Laos are sending dozens of animals each year across the country’s land border with China and fly others to the Middle East, earning up to £230,000 each, according to film-maker Karl Ammann.

The grisly racket – filmed for the first time by the investigative documentary maker – involves elephants being sold into slavery in circuses, zoos and “safari parks”, earning owners huge sums from paying spectators.

The booming industry in wildlife “experience” tourism involves the animals being painfully abused behind the scenes.

“The sheer scale of the problem is greater than many would dare imagine,” said Julia Tinsley-Kent, a volunteer with Stae.

Numbers in Laos have plummeted from 3,000 three decades ago to only several hundred now, with some estimates putting the figure as low as 300. 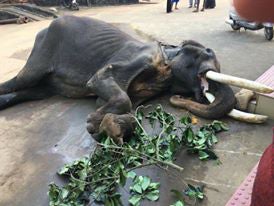 Chained and tortured: The horror inflicted on India’s elephants

Asian elephants were widely used in the logging industry in the 1980s, but a 1989 ban on logging left mahouts – trainers – with no income, and their elephants became a financial burden.

The surge in trips abroad and package holidaysoffering elephant experiences such as rides or live entertainment shows has since provided lucrative replacement business opportunities.

The animals are doomed to a life in the booming and brutal elephant tourism industry where they are bound in chains, surrounded by loud music and flashing lights and forced out of a fear of painful punishment to perform tricks or carry tourists, says the UK-based group Save the Asian Elephants (Stae).

At Boten, a Laos border town, where new road and rail links have opened up trade routes in a variety of goods, Mr Ammann filmed more than 50 elephants being ridden by mahouts towards China with no legal permits from the the Convention on the International Trade in Endangered Species (Cites).

“Whole herds go this way without international clearance,” he said. “It makes a mockery of Cites rules that this is allowed to happen.

“In some cases there are no permits. All of these transactions were and are totally commercial, with purchase and resale values well established.

“Clearly this ongoing and flagrant disregard of some of the most basic Cites rules and regulations, and the absence of any enforcement of Article VIII of the Convention which would require the prosecution of the traders involved, the confiscation of the animals in question and the possible repatriation makes a mockery of what the Convention is meant to stand for.” 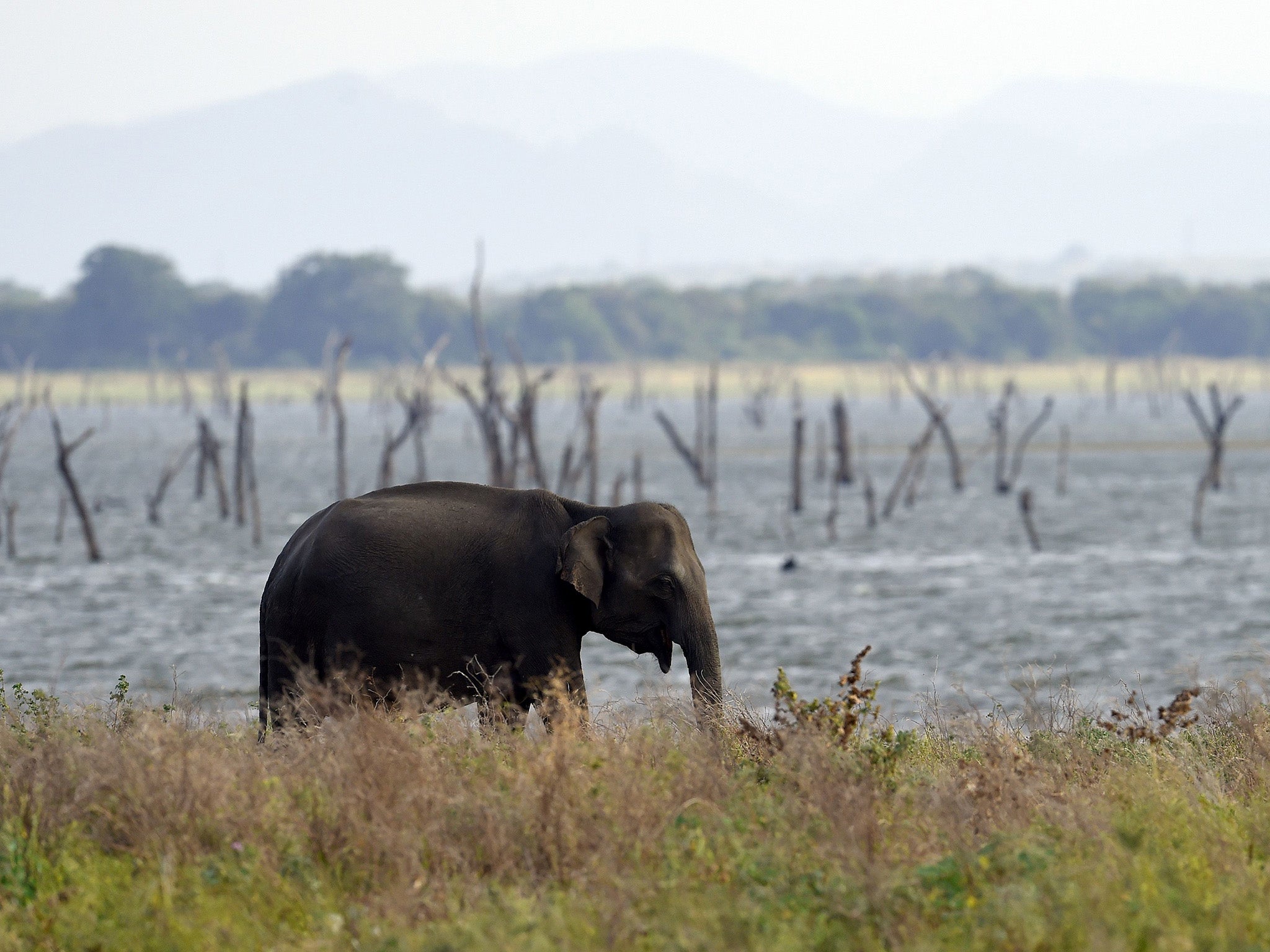 Call for ban on adverts for tourist adventures with elephant rides

After talking to elephant owners and mahouts, Mr Ammann believes about 100 elephants – mostly youngsters – have been illegally exported to China in three years.

Chinese middle men told him they hand over about £23,000 for each animal before transporting them to government-owned “safari parks” or zoos believed to pay up to £230,000 each.

“In many parts of the world, relevant and often falsified and illegal Cites import and export permits change hands for ten thousands of dollars, and it cannot be excluded that this happened in the context of these elephant exports and imports. As such this would also be a matter of Chinese national law requiring enforcement,” he said.

During the day, mahouts parade the elephants around the noisy border town but night-time is more stressful for them because they are chained up and subjected to music, loud noises, crowds and flashing lights, part of the entertainment banned in China such as gambling and glitzy shows for which the country’s people flock across the border.

Once placed in parks or zoos, Asian elephants are subjected to brutal training in the belief their “spirit must be broken” to force them to comply with orders. Away from tourists’ eyes, they are prodded with sharp tools called bullhooks, speared, repeatedly beaten or whipped and held in chains that create painful wounds. 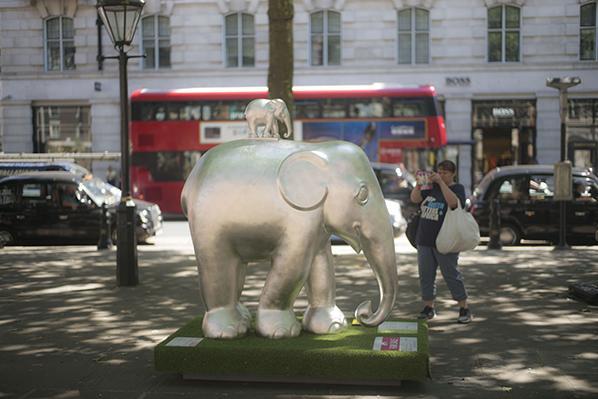 Why the IWT must shine a spotlight on Asian elephants

Duncan McNair, head of Stae, said after British tourist Gareth Crowe was killed by a tortured elephant in Thailand in 2016 the animal was beaten all night – and its screams could be heard ringing out continually. Following a night of pain and terror, the elephant was then forced to work as usual the next day, giving tourists rides – an indicator of how the tourism trade is not just cruel but also dangerous to tourists.

Buyers in China and Dubai order elephants on the basis of the “tricks” they can perform such as standing on their front legs or balancing a ball, and they then work the mammals as hard as possible to recoup their investment, said Mr McNair.

“An elephant wouldn’t naturally accept a person on its back any more than a lion would.”

The illegal and often corrupt trade is also catastrophic for wild populations because for each elephant captured, usually the animal’s mother and as many as six or seven others can be killed trying to protect it from the poachers, he said.

Mr Ammann said officials in Boten had no knowledge of legal export permits so compliance with the regulations of Cites was non-existent.

Asian elephants are category I-listed by Cites, meaning they are one of the world’s most endangered species, and trade in them is banned for commercial reasons.

“I’d heard a Dubai safari park was importing a large number of elephants from Laos which couldn’t possibly have been legal because they are a Cites I-listed species,” he said. Permits for the export of animals with such a listing may be issued only to breeding centres approved by Cites – of which there are none in Laos. 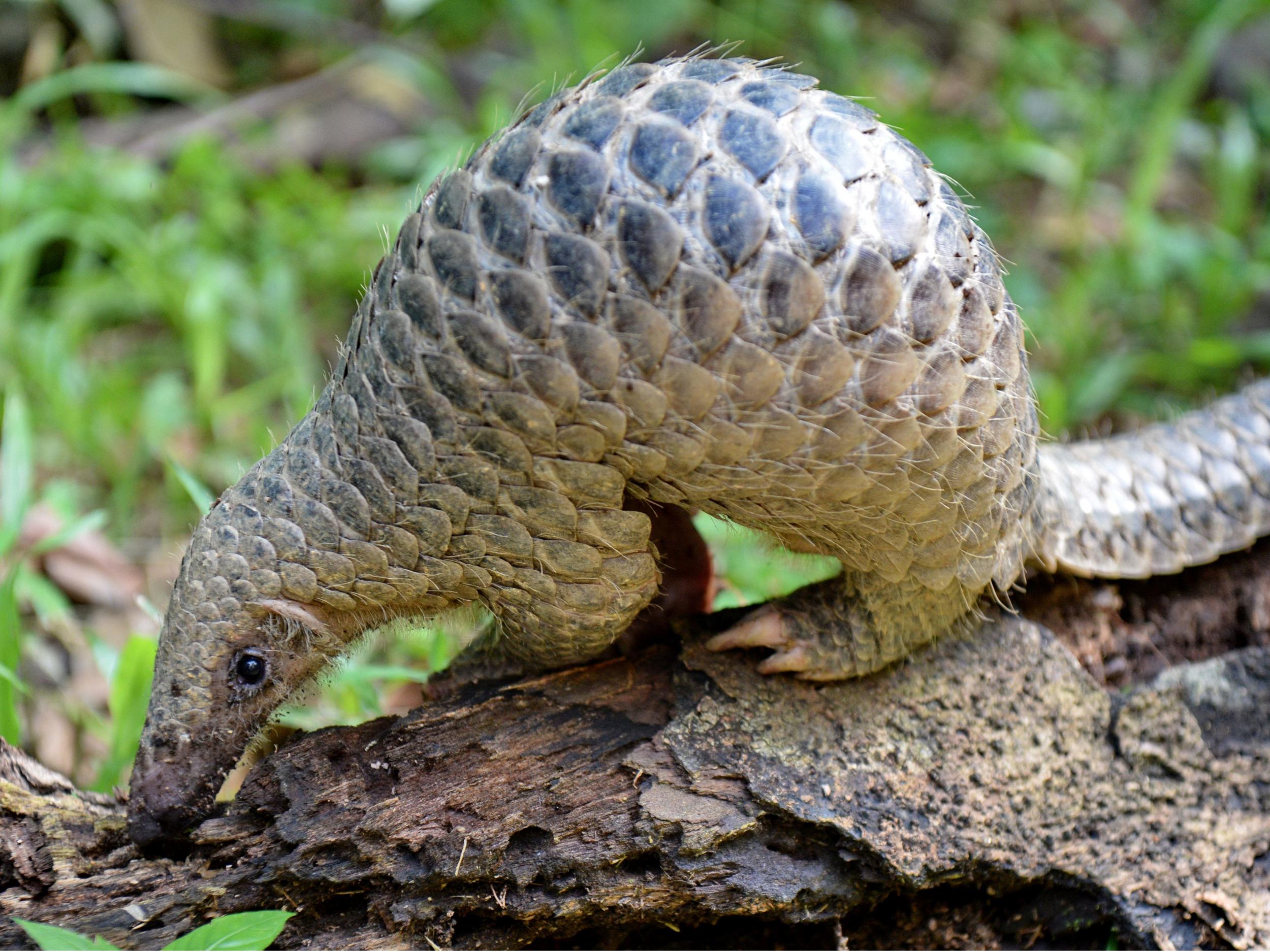 Not only is it illegal to export elephants from Laos, but all purchases by Dubai and Chinese zoos and safari parks also violate Cites laws, Stae believes.

Mr Ammann filmed a cargo containing 16 elephants at the airport in the capital Vientiane, which were to be flown to the UAE.

The animals had been loaded into crates and the plan was to fly them out in the night, he said – but something went wrong. They were sent back to a reserve in Laos after the prime minister intervened.

“Some $2m had changed hands. The PM stepped in when it became clear there were a wide range of players wanting to cash in on this transaction and there was considerable infighting among them. Some got to the PM complaining that they were cut out.

“This was the main reason for the exports being stopped at the last minute,” said Mr Ammann.

China has for years been a major importer of iconic live speciesfrom rhinos to killer whales, and elephants to chimps, he said.

Inconsistent paperwork highlights the unregulated nature of sales – he found instances where exports were noted on the Cites database but Laos had no record of the trades.

“Article VIII of the convention dictates that parties involved in the illegal import be prosecuted, the animals in question confiscated and, if possible, repatriated. But this does not seem to apply to China,” he says.

Mr McNair said: “There are so many fake documents around it is extraordinarily difficult to keep up with what happens to each animal.”

In May this year, Laos prime minister Thongloun Sisoulith issued an order cracking down on illegal wildlife traders.

“Indications are that things are changing on the Laos side. However, there are no indications the same is happening in China, with zoos and safari parks having become big profit centres,” said Mr Ammann.

But he and his team also identified illegal permits issued to a safari park in Dubai importing animals from Laos.

China is now importing rising numbers of elephants from Zimbabwe instead – animals that are Cites II-listed so imports are legal – although the conditions they face are the same.

In addition, a new trade from Zimbabwe to the UAE has also begun.

Mr Ammann said he saw four Zimbabwean wild elephants in Dubai which appeared to be only about three years old.

“The staff said on hidden camera that a lot more African and Asian elephants would be coming,” he said.

Ms Tinsley-Kent said: “The time is long overdue to hold these countries accountable for the illegality of their actions and the abuse of this endangered species and encourage awareness in the minds of all who visit these facilities that thrive off elephant tourism.

“The UK government for one should be pressing all its south-east Asian counterparts to act now, before this precious species is lost for ever.”

Stae is lobbying for a ban on all advertising and promotion of any holidays, excursions or trips featuring captive elephants because of the cruel hidden training methods.

The Independent has asked Cites to comment but had not received a response by the time of publication.