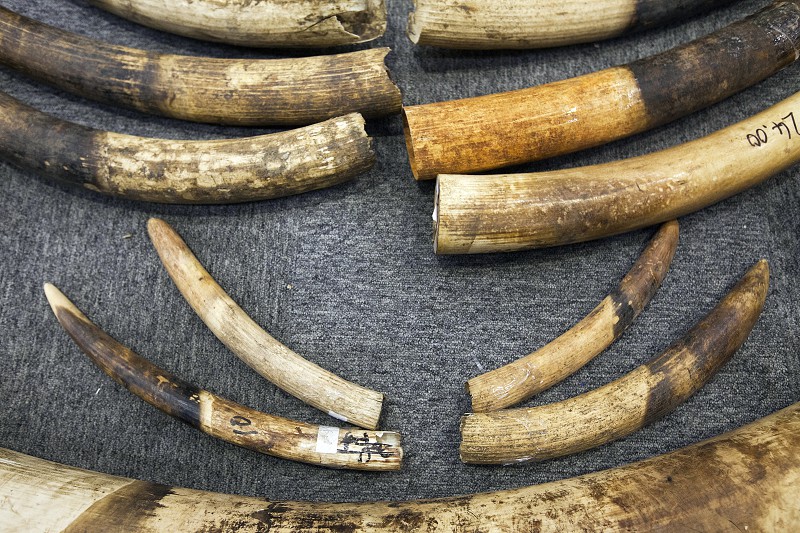 About 1.2 tonnes of ivory, rhinoceros horn and other species from poaching
in several African countries were confiscated and destroyed in Angola in
2017, the Angolan authorities announced today.

“Angola has always been used as a transition zone for these effects, so in
2017 only about 1.2 tons of ivory and other parts of those species were
extracted by poachers from various countries,” said the Secretary of State
for the Forests of Angola, Andre Moda.

The official speaking in Luanda at the opening of the second meeting of the
group of experts on the implementation of the African Strategy to Combat
Illegal Exploitation and Trade in Wildlife in Africa also called for
“oversight”.

He also said that the “broad control of the bases of action across borders
taking into account smugglers’ residual pockets and the size” of maritime,
land and airport borders.

At the opening of this meeting, held until Friday in the Angolan capital,
under the auspices of the United Nations Food and Agriculture Organization
(FAO), Andre Moda also said that the objectives of the meeting “are noble”,
one sees “the organized and aggressive delapidation” of wildlife.

According to the Secretary of State for the Forests of Angola, the
depletion of the wild flora and fauna that is currently being witnessed in
Africa are carried out by collective and natural persons in a conscious and
unconscious way without thinking about their maintenance.

Without specifying the current situation of poaching, which currently
places 30 species of endangered animals, according to official data, the
official stressed that “in the sights of the traffickers of wildlife” come
mainly from neighboring countries of Angola.

“And we were scared of the quantities confiscated,” he said, noting that
Angola has drafted and published several legal instruments to stop poaching
in the country in the framework of the implementation of this African
strategy under discussion in Luanda.

“Therefore, any development project and not only must take into account the
presence of these norms and legal instruments in the different zones of
implementation observing the measures to mitigate the negative impacts,” he
concluded.

An overview of the continental strategy of the African Union Commission,
the monitoring and evaluation framework for the implementation of the
strategy, the African Common Position on wildlife and resource mobilization
are some of the topics under discussion at this meeting, bringing together
several delegates.