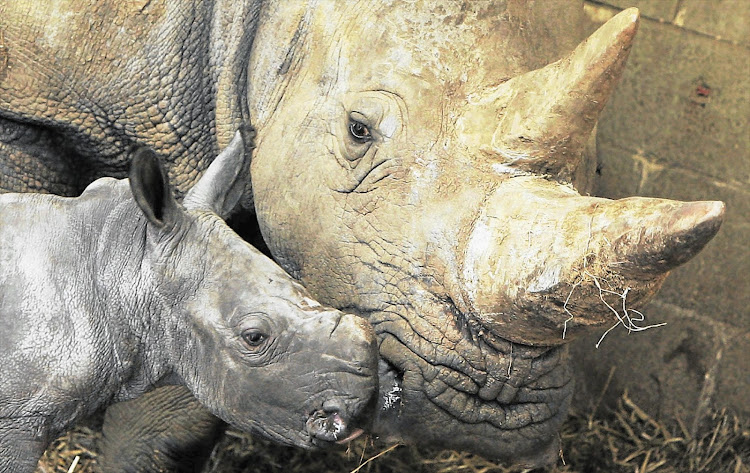 Certain cellphones‚ which an investigator and data analyst with the Rhino Security Unit says can be linked to at least two of the accused in a massive rhino trial in Grahamstown‚ had already popped up on her radar in previous investigations.

Carmen van Tichelen – who is presenting evidence in the trial of three men accused in 13 rhino poaching incidents in the Eastern Cape – said the cellphone numbers she had linked to Jabulani Ndlovu and Sikhumbuzo Ndlovu had come up in a 2014 investigation with which she had been involved in KwaZulu-Natal.Jabulani and Sikhumbuzo‚ along with Forget Ndlovu‚ are facing some 50 charges in the Grahamstown High Court involving the poaching of 13 rhino in the Eastern Cape over five years. The men‚ who share a surname‚ are not related.

Van Tichelen said she had reason during an investigation in 2014 and 2015 to link cellphones to Jabulani and Sikhumbuzo. In those cases a dart gun had been used to poach rhino and harvest their horns.

In the course of the investigation‚ they had looked at gate records of certain affected national parks. Jabulani’s name and number had been on the gate record of one‚ along with car registration numbers.

They had traced the car registration to a car hire company whose records had shown cell numbers they had also linked to the social media account of Sikhumbuzo and his spouse. Although a different surname had been used on Sikhumbuzo’s social media accounts‚ he had featured in many of the photographs.

None of the social media accounts had been secured.

Van Tichelen has demonstrated to the court how they can link even unregistered cell SIM cards and handsets to people via usage patterns‚ contacts on the phone‚ social media accounts‚ contacts on the phone‚ numbers and photographs. She had linked one of the handsets seized in a raid on a rented chalet at the Makana Resort in June 2016 to Sikhumbuzo because of the “extensive” number of selfie photographs recorded on it.