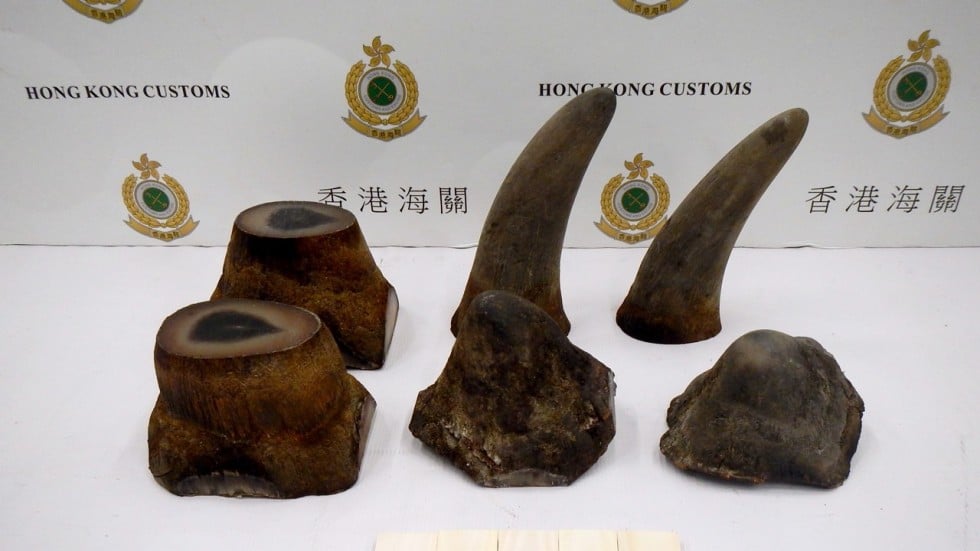 A traveller from South Africa was arrested at Hong Kong International Airport on Wednesday with 5.9kg of suspected rhino horn and 410 grams of suspected ivory that together had an estimated street value of HK$1.2 million (US$153,000).

The 40-year-old man was intercepted when he arrived in the city from Johannesburg on Wednesday morning.

“During customs clearance, the batch of suspected rhino horn and suspected worked ivory were found concealed inside three food-packing boxes in his check-in suitcase,” the Customs and Excise Department said. “The man was then arrested.”

Customs officers handed over the case to the Agriculture, Fisheries and Conservation Department for further investigation.

Importing or exporting an endangered species without a licence carries a maximum penalty of 10 years in jail and a HK$10 million fine.