Africa’s oldest national park will close its gates to visitors until 2019 following the death of a ranger and the abduction of two British tourists by local rebels this year.

Virunga national park in the Democratic Republic of Congo is home to a world-famous population of mountain gorillas but has been hit by rising instability and violence in the country.

At least 12 rangers have been killed in clashes with militia and smugglers in Virunga in the last 10 months, one of the bloodiest periods in the park’s history. 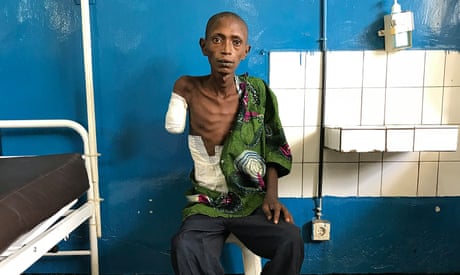 In May, one of the many local militia – known as Mai Mai – attacked a vehicle that had been carrying tourists from the city of Goma, about 30 miles from the park headquarters, to their accommodation. A park ranger, Rachel Makissa Baraka, 25, was shot dead, a Congolese driver was wounded and the two British tourists, Robert Jesty and Bethan Davies, were held by militia overnight.

Tourist activities in the park had initially been suspended until 4 June while the incident was investigated. But in a statement on Monday, Emmanuel de Merode, the Belgian aristocrat who is director of the park, said the decision had been taken reluctantly to close Virunga to tourists until the end of the year to allow a thorough review of security precautions and reinforcement of the 700 rangers deployed to keep animals and visitors safe.

“The safety of our visitors will always be our highest priority … It is abundantly clear that the Virunga is deeply affected by insecurity and that this will be the case for some time. For Virunga to be safely visited, much more robust measures are necessary than in the past,” Merode said in a statement, describing the decision as “profoundly difficult”.

More than 180 rangers have been killed in Virunga over the last 20 years, making the park one of the most dangerous conservation projects in the world. Six died in an ambush in April. The loss of life was the worst in a single incident in the park’s history.

Virunga is located in the DRC’s North Kivu province, and covers nearly 8,000 square miles. As well as being home to one of the world’s largest populations of the critically endangered mountain gorillas, it has hundreds of other rare species.

The park, which recently announced that the gorillas number more than a thousand, faces multiple security threats, including illegal charcoal production, smuggling, poaching as well as the Mai Mai militia.

In recent months, the DRC has appeared close to plunging back into the appalling violence of the 1997 to 2003 civil war, in which about 5 million people died. The violence has been aggravated by continuing political instability, with President Joseph Kabila refusing to step down after the end of his second term in 2016 and new elections scheduled for December this year.

Observers noted that Virunga’s planned reopening would occur after this critical date, when tensions may have subsided. Virunga national park was founded in 1925 by Belgian colonial authorities.