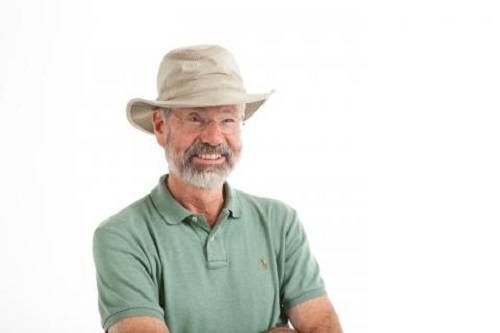 Kampala, Uganda | RONALD MUSOKE | Craig Packer, professor of ecology, evolution, and behaviour at the University of Minnesota and Director of the Lion Research Centre recently delivered a paper at the 2018 Dawkins Award Lecture at Oxford University titled, “The Conservation Conundrum in Africa: Why can’t Wildlife Pay its Way?” In an email interview, he explained to The Independent’s Ronald Musoke how Uganda and other African countries can lessen the conservation challenge.

Why do you think Uganda and other African countries are facing what you refer to as a conservation conundrum?

For nearly a century, Africa’s national parks and game reserves have been expected to raise enough funding from photographic tourism or sport hunting to cover the management costs of wildlife conservation. However, the true costs of protecting animals are far higher than the revenues from tourism. This is particularly problematic when Africa’s parks are home to such dangerous animals as lions and elephants that are capable of harming the lives and livelihoods of rural communities. In western countries, park budgets are covered by tax revenues rather than entrance fees. But Africa suffers the highest levels of poverty in the world, so tax revenues could never cover these expenses.

In your paper you suggest that between 1920 and the 1960s, the conservation equation was about, “wildlifepaying its way” but, between the 1960s and 2010s, it became, “wildlife must pay its way.” Explain what you mean by this?

At the beginning of the 20th Century, Africa’s human population was so low that it seemed conservation would be relatively easy, and very few rangers and wardens would be required. By the era of Africa’s independence in the 1960s, the human population had grown, and the priorities of the new nations focused on advancing the welfare of their citizens – so wildlife would have to pay for itself if the parks and reserves were to be perpetuated.

One way African countries like Uganda raise revenues from conservation is through trophy hunting. What is the rationale behind trophy hunting?

Most of Africa’s protected areas are unsuited for mass tourism – the landscape does not lend itself to the same sort of wildlife spectacle as the Serengeti or Murchison Falls. So instead, the land may be better suited for sport hunting, where a handful of visitors pay large sums of money to shoot a small number of animals. However, the economics of sport hunting rarely match the rhetoric of hunting advocates. The appropriate trophy fee for shooting a lion should be high enough to contribute about $1 million to the management of the hunting block. But trophy licenses for shooting lions typically cost only about $25,000 – only about 2.5% of the necessary funding. Consequently, hunting blocks in many parts of Africa are being abandoned because they are no longer profitable.

The recent killing of 11 lions and the mauling of a game ranger’s child by a leopard in Uganda’s Queen Elizabeth National Park prove that conserving wildlife is becoming very costly yet tourists are not paying enough to see these iconic animals in their natural habitat. Why has this model failed over the last 100 years?

Only a few parks generate significant tourism revenues, and these successful destinations must share their income with the remaining parks in the same country; it is difficult to alter the entrance fees, as ecotourism is just one option for a traveling family – why not go to Disneyland if traveling to a game park becomes too expensive? We also know that sport hunters are not willing to spend a million dollars to shoot a lion.

What would you suggest is the best way of managing the ever growing human-wildlife problem in countries like Uganda?

Where a park is bordered by farm fields, the best solution is to install an elephant- and lion-proof fence to protect neighbouring communities from crop damage, livestock losses and risks of man-eating. This tactic is widely employed in southern Africa and is becoming increasingly common in Kenya. However, if the park is bordered by livestock grazing areas, fencing would disrupt any remaining wildlife migration and would also reduce access to critical water sources by pastoralists. Instead, there are a number of conflict-reduction projects, like “Lion Guardians,” that work with local communities to improve livestock husbandry practices by protecting against potential lion attacks.

You suggest that it is probably high time big donors came on board to protect the big conservation areas on the continent. How is this supposed to happen?

First, we need to raise awareness of the scale of the conservation crisis in Africa – it is simply too large to be solved by the usual NGOs. With awareness by the range-state officials, international organisations like the World Bank, USAID, GEF, among others, could be approached with formal requests for help in building fences, for example, or enlarging Park staffs.

You also recommend making conservation more profitable by African governments outsourcing management of neglected conservation areas. Where has this been pioneered and how has it worked?

Eco-philanthropists operate individually and through organisations like African Parks to raise the necessary management costs from western donors. These also maintain tourism activities in the reserves that they manage which generates revenue for the governments and for local communities. This management model is now found in Benin, the Central African Republic, Chad, Congo-Brazzaville, DRCongo, Kenya, Malawi, Mozambique, Rwanda, Tanzania, Zambia and Zimbabwe.

Shouldn’t countries like Uganda use the land to support humans instead of maintaining thousands of square miles to conserve wildlife?

Countries like Uganda are going to need all the help they can get to cope with the coming wave of humanity. Although wildlife may not pay its own way, it nevertheless generates considerable tourism revenue and provides much-needed employment in rural areas. So, protect your parks, maintain the diversity in your economic portfolio, and do not be afraid to ask for help from international agencies!