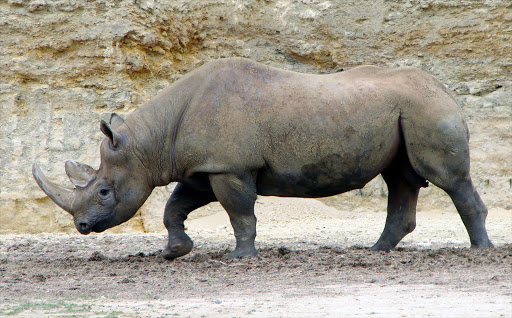 Park rangers in Africa’s most famous rhino reserve are going hi-tech to push back against the relentless assault by horn poachers‚ thanks to a R10-million injection.

Plans to establish new “Smart Park” strategies in the Hluhluwe-iMfolozi Park in KwaZulu-Natal follow a deadly poaching onslaught in the 96 000-hectare reserve where the world’s last southern white rhinos were rescued from extinction just over a century ago.

KwaZulu-Natal suffered a record loss of 221 rhino during the past year‚ most of them in Hluhluwe-iMfolozi.

But now the tide may be turning with the announcement that the Peace Parks Foundation and Ezemvelo KZN Wildlife have signed a memorandum of understanding to establish a new intensive protection strategy‚ largely funded by the Dutch and Swedish postcode lotteries and other private donors.

Christmas arrived early at the Aquila Private Game Reserve with the birth of a baby white rhino.
News
14 days ago

The foundation said the establishment of the Smart Park strategy would also include a new Low Power Wide Area Network (LoRaWaN) system with world-class internet connectivity for the integration of smart sensors and the speedy transmission of data.

“The recent shift in focus by organised crime and wildlife trafficking syndicates has resulted in tremendous pressure being exerted on Ezemvelo. Whilst they could forecast a potential displacement of poaching from other areas and prepare accordingly‚ the intensity at which Ezemvelo‚ and specifically Hluhluwe-iMfolozi Park‚ has been targeted over the past year was not something that could be predicted.”

Ezemvelo acting chief executive Bheki Khoza said: “It will be nearly impossible for us to succeed in the fight against rhino poaching without the involvement of local communities as well as the support of public and private organisations that go out of their way to fund new technologies.

The Kruger National Park and Mozambican authorities are collaborating in a bid to clamp down on rhino poaching.
News
1 month ago

“The poaching syndicates are always devising new plans to counter the strategies we use against them. I am hopeful that the new integrated joint operational plan that we are now embarking on will be a game changer.

“I am not saying that it will totally eradicate rhino poaching‚ but I know that it will form a critical component of efforts to reduce illegal wildlife crime.”

Myburgh said the foundation had committed more than R10.6-million towards the new Hluhluwe-iMfolozi Smart Park development as part of the national Rhino Protection Programme which includes the Department of Environmental Affairs in partnership with South African National Parks‚ Ezemvelo and the Peace Parks Foundation.

One of the main strategies would include new “intensive protection zone” (IPZ) strategies to patrol critical hotspots and protect core rhino populations.

Significant effort will be put into aligning the anti-poaching and counter-trafficking operations of various conservation and law enforcement agencies across provincial boundaries.

‘Mommy’ rhino bonding with her calf‚ after abandoning her first-born

A white rhino calf has been born at the Aquila Private Game Reserve‚ two years after the cow abandoned her first calf.
News
1 month ago

“Horn trafficking syndicates have no regard for national‚ provincial or any other boundaries‚ and it is therefore critical that all operations be aligned across agencies and geographical regions‚” said Myburgh.

A third crucial focus would be an increased use of technology to help place Ezemvelo one step ahead of poachers‚ improving rapid mobilisation of available resources‚ and keeping field staff safer.

The purpose of the integrated system is to provide park managers and rangers with improved insight into everything happening around the park and to respond in a timely manner with the right resources. The new system also involves mapping rhino movement and hotspots.