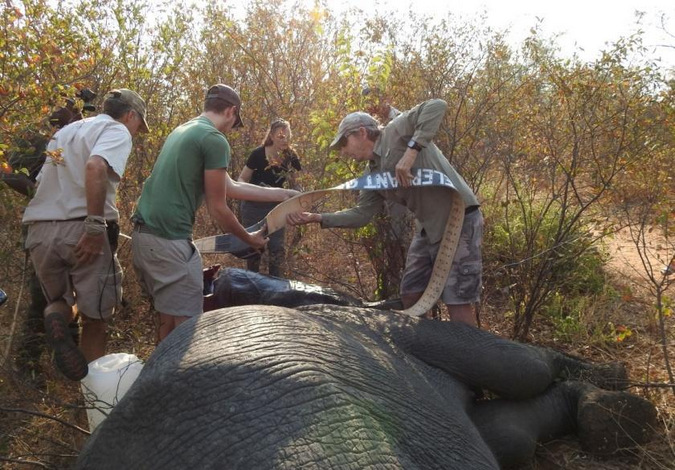 A transboundary elephant connectivity study has been launched in western Zambia with the fitting of satellite tracking collars to wild elephants to investigate their cross-border movements.

The Elephant Connection Research Project in Zambia has initiated a study of elephant movements in the Kavango Zambezi Transfrontier Conservation Area (KAZA TFCA) to investigate the connectivity between Zambian elephant populations and their cross-border cousins.

Of critical conservation concern throughout Africa is the isolation of elephant populations due to shrinking habitat, a problem that this study is designed to address. Headed by Dr Kerryn Carter, the project founder and head researcher, this first phase of the study will track movements of eight elephants from Zambia’s Sioma Ngwezi National Park to determine elephant utilisation of the transboundary landscape and identify impediments to their movements and threats to their survival that restrict connectivity with cross-border populations.

Together with Zambia’s Department of National Parks and Wildlife and partners WWF, the research seeks to identify transboundary wildlife movement corridors which, once adequately protected, can help to protect all wildlife species that use them. To this end, there are plans to track a greater number of elephants and also giraffe throughout the Zambian component of KAZA TFCA in coming years.

The KAZA Transfrontier Conservation Area is one of the largest of its kind in the world, encompassing 520,000 km² of protected areas and communal lands in Zambia, Angola, Botswana, Namibia and Zimbabwe. KAZA TFCA, established in 2011, links some of the iconic National Parks (NP) of southern Africa such as Zambia’s Kafue NP, Botswana’s Chobe NP and Okavango Delta, and Zimbabwe’s Hwange NP, along with more than 30 adjacent reserves, conservancies and wildlife management areas.

Transfrontier Conservation Areas can assist wildlife movements by bringing together separately managed national parks that are adjacent to political boundaries, so that wildlife can be managed under one umbrella. This provides the opportunity for suitable and safe habitat to be maintained between protected areas to enable connectivity of otherwise separated wildlife populations, which is one of the main objectives of KAZA TFCA. 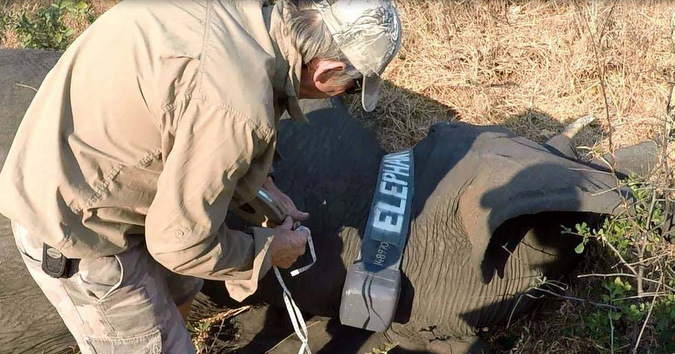 However, information about functional connectivity is lacking and secure landscape linkages between many of these areas have yet to be realised. With more frequent droughts as a result of climate change reducing the amount of natural forage and water available, wildlife will need areas of safe passage to move across the landscape in search of scarce resources. Knowledge of wildlife movement pathways generated by this study will assist Zambia’s Department of National Parks and Wildlife in planning anti-poaching patrols to ensure identified elephant habitats are secured so that dispersing elephants will not be at increased risk of poaching as they attempt to navigate routes through increasingly disturbed landscapes.

Elephants historically moved throughout much of Africa as part of an interconnected population and this enabled genetic mixing and minimised the degradation of habitats that can occur at high elephant densities. These long-distance movements are now difficult for many elephants that exist in protected areas that have become surrounded by human habitation. The dire consequences that can occur when populations are isolated are overuse of food resources to the extent that the habitat is destroyed and becomes unsuitable for other species, human-elephant conflict and genetic bottlenecks from inbreeding.

If the habitat between protected areas is conserved to enable elephants to undertake long-distance movements, these problems can be avoided. At least half of the estimated number of elephants in Africa occurs within the KAZA TFCA. Consequently, the provision of corridors linking protected areas in this region will unite many of southern Africa’s elephants into a single entity and improve the functionality of the elephant meta-population in the region.

This study has been made possible with generous donations from WWF (Zambia & Namibia) and a donation by Wildlife Crime Prevention (Zambia) of their aircraft to help locate elephant herds for collaring.