Xanda the Lion is Dead, But Trophy Hunting Helps His Kin

Without hunting revenue, wild spaces would turn into farmland and animals would be shot like pests. 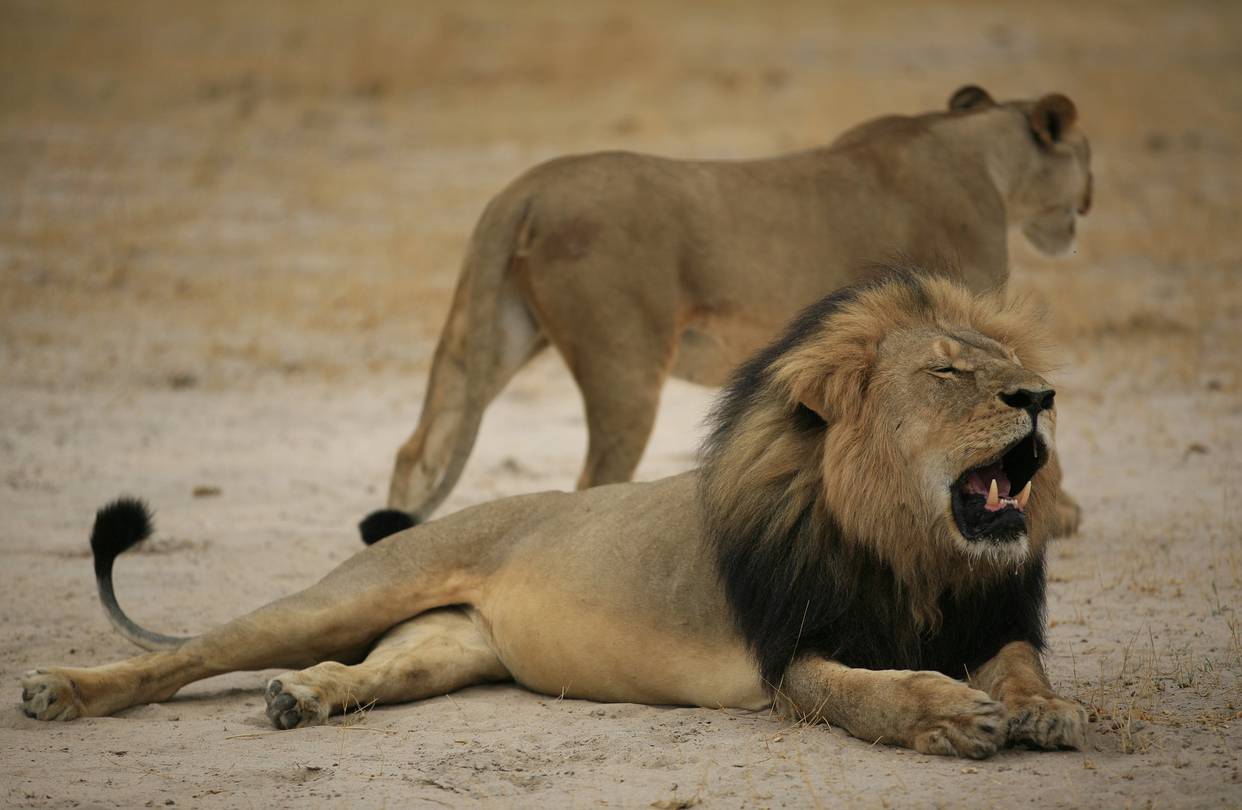 Cecil the lion became an internet icon two years ago when he was killed by Walter Palmer, a Minnesota dentist on a trophy hunt. Now Cecil’s son Xanda has met the same fate. Last month a hunter shot and killed the 6-year-old lion near Hwange National Park in Zimbabwe. The identity of the shooter has not been released, and it’s easy to see why.

In 2015 Dr. Palmer was set upon by a social-media mob. Activists claimed that he killed the lion illegally. Although Dr. Palmer never went to trial, trophy hunting certainly did. He needed armed guards to protect him from angry protesters outside his home. “Rot in Hell,” read one of their signs. “There’s a Deep Cavity Waiting for You,” read another.

The general public—particularly millennials—detests trophy hunting. We see the antihunting sentiment at Stanford University. One of us, Matt, is from South Africa. At 10, he had his first hunt—a male impala—and hated it so much he vowed never to do it again. Kit, a native New Yorker, was against hunting before she went to South Africa to investigate for herself. Today we both realize that trophy hunting is vital to African conservation.

Imagining Cecil and Xanda suffering, or their heads hung above some tough guy’s fireplace, is cringe-making. Perhaps one day, tourists taking pictures of wildlife will be enough to sustain Africa’s wilderness, no hunting required. But until that day, the alternative to regulated trophy hunting is worse. It’s counterintuitive, but banning the practice would mean the systematic slaughter of wildlife, trampling of unique ecosystems, and possible extinction of rare species. Sacrificing a quota of lions to hunters keeps many others alive.

Quotas are set below population growth rates. Since 1968, when regulated hunting of white rhinos was introduced in South Africa, the population has risen from 1,800 to 18,000. Namibia’s wildlife numbers have grown sixfold since the ’60s, when private landowners first were given rights to use the animals for economic benefit.

Across Africa, at least 538,000 square miles—twice the size of Texas—is used for hunting, according to a 2006 study. That includes 13% of South Africa’s land, on which live about 1.7 million animals. Tourism cannot simply replace this activity, since it’s geographically concentrated and requires paved roads, accommodations, catering, multilingual staff, Wi-Fi. The antihunting lobby needs to explain how they’d keep these wild animals from losing their homes—and how they’d replace thousands of jobs—if hunting were banned.

Take Xanda and Cecil’s homeland of Zimbabwe. The Savé Valley Conservancy there is home to around 1,500 elephants, 160 rhinos and 280 lions. Without hunting revenue, Savé Valley would regress to what it was in 1990: a collection of overgrazed, dusty cattle farms, no elephants in sight.

“For the people in our village, the wildlife is dinner or it is danger,” says Isi, a high school math teacher in South Africa. Isi’s sons play on junkyard hills of Coca-Cola cans, in a neighborhood of three-walled brick houses and fields of yellowing crops. It’s hard to convince poor Africans of the need to conserve animals when they themselves don’t have food, shelter or financial stability. They want to do exactly what America’s settlers did: Convert habitat to farmland and kill wild animals either for meat or like backyard pests. Who can blame them? After all, elephants trample crops and lions eat cattle.

On the other hand, when an aggressive black rhino can sell for $350,000, which is what one hunting permit fetched in a 2014 auction, the rest of the herd begins to look like a precious resource. Africa’s inconvenient truth is that wild spaces rarely occur without the presence of an economic incentive. Besides, the antihunting backlash in rich countries leaves a sour taste in the mouths of many Africans, after centuries of Westerners telling them how to run their affairs. The conservation scientist Rosie Cooney calls it “green neocolonialism.”

This isn’t to say environmentalists have nothing to do. For starters, the public could help eradicate bad practices like “canned” hunting, in which captive-bred lions are killed in small enclosures. Wildlife advocates could help create a scientific and legal consensus on reasonable quotas and the definition of a “huntable” lion. These issues are unaddressed, in part because the topic is taboo.

The Spanish government is expected soon to unveil a robust certification system distinguishing good hunting reserves from bad ones. That’s a great first step. The next one should be getting nature-lovers to put their money where their tweets are by donating to wildlife preserves or taking an ecotourism trip to Africa.

But think twice before advocating a ban on trophy hunting. Once a wild reserve becomes a mall or a cattle farm—once the elephants are dead and their tracks paved over—the animals are never coming back.

Ms. Ramgopal is an undergraduate at Stanford. Mr. Cooke is an Africa-focused investor.