Zambia’s president to seek parliament backing for state of emergency 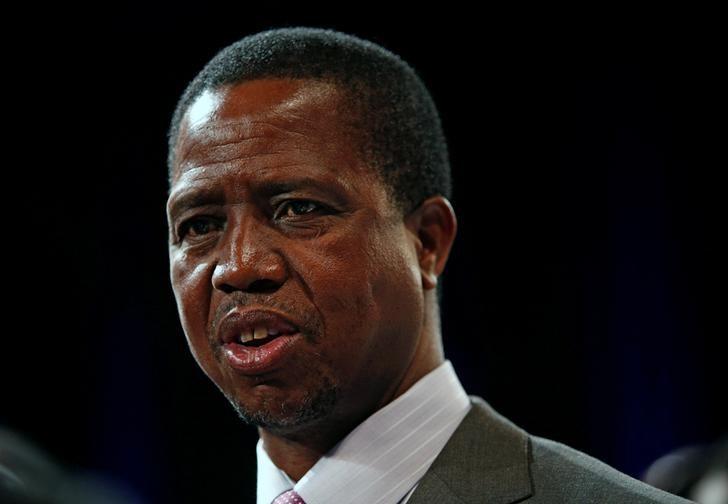 LUSAKA Zambian President Edgar Lungu said on Wednesday he would seek parliament’s approval to impose a state of emergency after fire gutted the country’s biggest market in what he said was politically motivated arson.

Political tensions in Zambia, seen as one of Africa’s more stable and functional democracies, have been rising since the arrest on treason charges of main opposition leader Hakainde Hichilema, who narrowly lost to Lungu in a bruising election last year.

Hichilema, along with five others, is accused of trying to overthrow the government after a column of opposition vehicles failed to make way for the president’s motorcade.

The country’s last state of emergency was declared in 1997 by then president Frederick Chiluba after an attempted coup. It was lifted the following year.

Lungu said the fire, which destroyed the southern part of City Market in the capital Lusaka on Tuesday, “bordered on economic sabotage” and was aimed at making the country ungovernable.

Nobody was killed or injured in the blaze.

“I have issued a statutory instrument proclaiming that a situation exists in this country which if allowed to continue may lead to a state of public emergency. This proclamation will be tabled in the national assembly,” Lungu said in a televised address.

“There is no doubt in my mind that the intention of these perpetrators is to make the country ungovernable and as president of this country it is my responsibility to respond to forestall chaos.”

Police have said some people were planning to vandalise vital installations including bridges and power stations after the blaze.

They also said one person was taken into custody for trying to torch a bus station and are seeking those who vandalised electricity transmission lines to a suburb near the capital last month.

Hichilema, leader of the United Party for National Development, was arrested in April when police raided his home and charged him with trying to overthrow the government.

An economist and businessman widely known by his initials “HH”, Hichilema was defeated last August by Lungu in an election the opposition politician denounced as fraudulent. His attempts to mount a legal challenge have been unsuccessful.