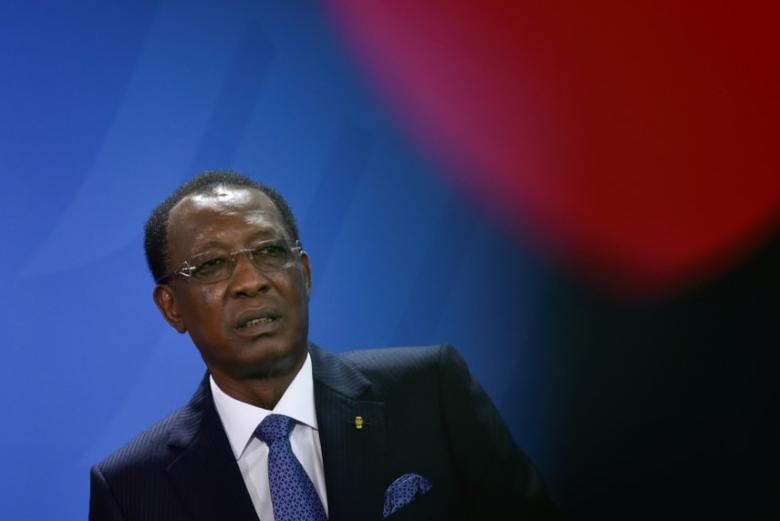 PARIS Chad’s president, Idriss Deby, an important Western ally in the fight against Islamist militants, warned in an interview that cash-strapped Chad could be forced to withdraw some of its troops from the fight if it does not get financial help.

Chad has one of the most capable armies in the region and Deby has played a key role in efforts backed by the West to combat neighbouring Nigeria’s Islamic State-affiliated Boko Haram fighters as well as al Qaeda.

Chad has in recent years sent troops to fight militants in Nigeria, Niger, Cameroon and Mali.

“Chad is a small country with no financial means which has known huge problems in its recent history. It is the duty of those who have more means to help it,” Deby told RFI-TV5-Le Monde in a joint interview released on Sunday.

“Apart from intelligence from time to time, training, since our intervention in Mali, Cameroon, Nigeria, Niger, we have not been helped financially. Chad spent out of it own resources over 300 billion CFA francs (402.77 million pounds) in the fight against terrorism without any external help,” he said

Asked if he was disappointed by his Western allies, he said:

“I am absolutely certain that Chadians are disappointed and think Chad did too much, that it must withdraw from these theatres to protect itself…We reached our limits…If nothing is done, Chad will unfortunately be forced to withdraw.”

Asked about a timetable for a possible withdrawal, he said: “I think end-2017, early 2018, if this situation was to continue, Chad would no longer be able to keep as many soldiers outside its territory. Some of our soldiers should gradually return to the country,” he said.