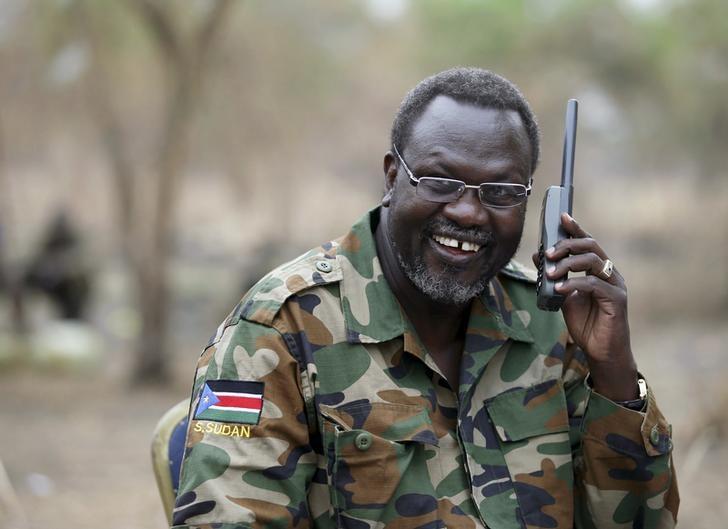 Machar, who fled to Democratic Republic of Congo in August after fierce fighting in South Sudan, is being held in South Africa to prevent him from stirring up trouble, diplomatic and political sources told Reuters in December.

Shearer, who heads a U.N. peacekeeping mission in South Sudan, confirmed that was the case.

“The feeling very much within the region is that his role, in terms of bringing him back, wouldn’t necessarily be positive at this stage, so that’s the decision of regional governments and South Africa,” Shearer told reporters in New York.

“What’s the most important thing — and I have made this point to everybody including President Kiir — is that the constituency he represents must be part of any peace process and any process that moves forward,” Shearer said.

The United Nations has warned of a possible genocide as millions have fled their homes, the oil-producing economy is in a tail-spin, crop harvests are devastated because of the worst drought in years and millions face famine.

The United States slammed Kiir on Tuesday for the African state’s “man-made” famine and ongoing conflict, urging him to fulfill a month-old pledge of a unilateral truce by ordering his troops back to their barracks.

U.N. sanctions monitors reported to the Security Council last month that South Sudan’s government is mainly to blame for famine in parts of the country, yet Kiir is still boosting his forces using millions of dollars from oil sales.