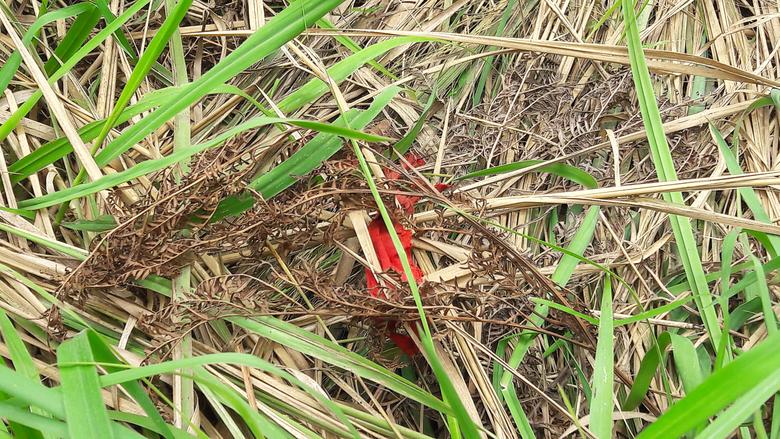 TSHIMBULU, Democratic Republic of Congo The increasingly brutal nature of fighting in central Congo between the army and local militia is on vivid display in the village of Tshienke, where the bodies of rebel fighters last month were dumped into a mass grave following intense clashes.

A visit to this site this month was the first time that journalists including Reuters have been able to see the toll that the Congolese military has exacted on fighters of the Kamuina Nsapu militia, whose insurgency poses the most serious threat to the rule of President Joseph Kabila.

Reuters was unable to determine the exact number of bodies in eight mass graves dug in January and February in Congo’s Kasai-Central province. The graves were also confirmed by nine local witnesses.

The United Nations said it suspects that Congolese forces killed 84 militia members close to the town of Tshimbulu between Feb. 9-13.

The government denies its soldiers used disproportionate force and says they have recovered automatic weapons from militia fighters after clashes.

Government spokesman Lambert Mende told Reuters that the bodies in the mass graves were those of Kamuina Nsapu fighters and it was the group who had buried them, not the army.

“I don’t see why the soldiers would hide the fact, that after clashing with the terrorists, the terrorists died,” he said, adding that the army killed militia fighters in the clashes.

Leaders of Kamuina Nsapu could not be reached for comment.

At one grave site at Tshimbulu, a human femur poked out of the dirt and shards of bone dotted the perimeter.

“We saw arms and legs. There were … people who were entirely exposed because they hadn’t been buried well,” said one man who found the mass grave last month with fellow farmers.

He, like about a dozen witnesses Reuters interviewed, spoke on condition of anonymity for fear of reprisals from the army.

Two km (1 mile) away in Tshienke, another farmer pointed out two more mass graves she said contained bodies dumped by an army truck between 8 p.m. and 11 p.m. on the night of Feb. 12, following intense clashes on Feb. 9 and 10.

A red headband of the kind worn by members of the Kamuina Nsapu militia was wedged in the grass near the graves.

In a statement to Reuters, the U.N. peacekeeping mission in Congo said it informed the government earlier this month of three alleged mass grave sites in Tshimbulu and, in December, of seven more in the village of Nkoto, about 150 km (90 miles) northwest. The government says the graves were dug by the militia.

Kabila’s decision not to step down when his presidential mandate expired in December was followed by a wave of killings and lawlessness across the vast central African nation.

Kabila has said he is committed to respecting the constitution but an election to choose his successor cannot take place until a lengthy voter registration process is completed.

However, the rebellion that began in Kasai-Central has spread to five of Congo’s 26 provinces and resulted in hundreds of deaths.

Kabila’s opponents have used violence to exploit the uncertainty caused by his decision to stay on. Last August, a local chief known as Kamuina Nsapu after his native village, was killed in a clash with soldiers.

He had rejected the authority of the central government in Kasai-Central and demanded that government forces leave. Since then, Kamuina Nsapu militants do not appear to have a leader and some of the latest violence appears to be ethnic score-settling.

But they have also demanded that the government move to implement a deal signed on Dec. 31 requiring Kabila to step down after an election this year.

“It has taken on a political dimension because the aim is now to see Kabila no longer at the head of the country,” said Alphonse Mukendi, a human rights activist in the provincial capital Kananga.

Kamuina Nsapu’s tactics have alienated many, according to local residents, who say it uses child soldiers, some as young as 10.

It has attacked schools and churches, institutions it sees as oppressive, and executed police officers, soldiers and rival chiefs.

Mende, the government spokesman, said Congolese forces also suffered casualties at the hands of this group, including about 30 police officers killed last August.

But in battles with the military, the militia has faced machine gun fire while its fighters are armed with machetes, batons and home-made rifles.

After a video appearing to show soldiers massacring militia members was posted on social media, the United Nations called on Congo’s government to end “human rights violations, including apparent summary executions, by the … armed forces”.

The military’s top prosecutor, Major General Joseph Ponde, announced on Saturday that seven soldiers had been charged in connection with the video, including for the war crimes of murder and mutilation. [nL5N1GV0A9]

Ponde also said investigators plan to exhume two graves discovered near where the video was shot in neighbouring Kasai-Oriental province.