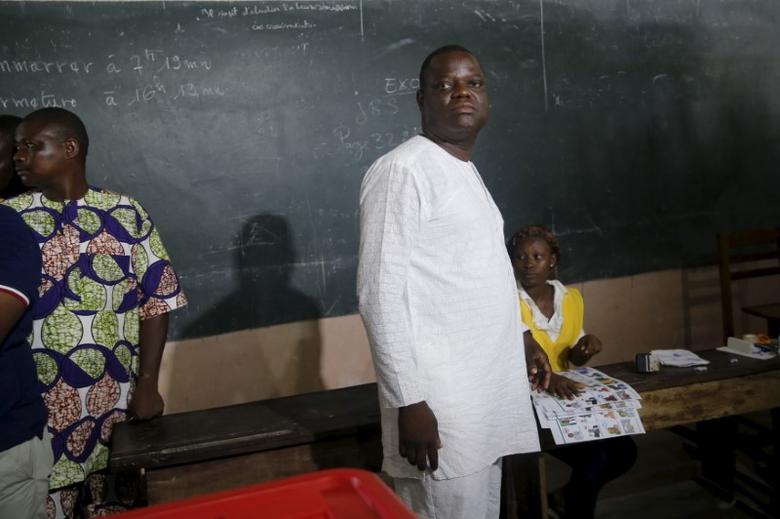 Presidential candidate, Sebastien Ajavon, arrives to cast his vote during a presidential election at a polling station in Cotonou, Benin March 6, 2016. REUTERS/Akintunde Akinleye

A court in Benin on Friday dropped all charges against prominent politician Sebastien Ajavon who was accused of drug trafficking in connection with a haul of 18 kg (40 pounds) of cocaine found last week in a shipping container.

“He has been freed on the benefit of the doubt,” judge Jacques Hounsou told a tribunal in the commercial capital Cotonou, citing a lack of proof against him.

Ajavon, who is also one of Benin’s richest businessmen, came third in a presidential election in March. Detained more than a week ago, he denied charges of transporting and trafficking illegal drugs when he appeared before the tribunal.

Maritime police discovered the haul at the port of Cotonou in a container destined for one of his companies.

West Africa, with its porous borders and corruptible officials, has for over a decade been a transit point for Latin American cocaine en route to Europe.

But improved maritime policing in recent years has helped reduce the volume of cocaine passing through the region.