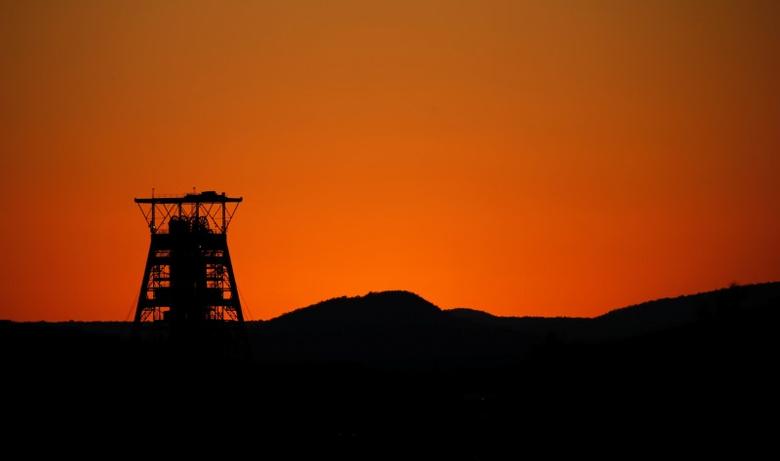 A pit head is seen at the Tumela platinum Mine , an Anglo American open pit mine located in the north-western part of South Africa in Thabazimbi, Limpopo province, June 9,2016. REUTERS/Siphiwe Sibeko
By Ed Stoddard | JOHANNESBURG

Anglo American Platinum (AMSJ.J) has tentatively agreed with South African unions to wage increases of at least 7 percent over the next three years to avert a strike, a draft agreement obtained Reuters showed on Thursday.

The draft agreement contains a “peace obligation”, which says no members of the unions “shall be entitled to embark upon any industrial action whatsoever”.

Members of the biggest union involved, the Association of Mineworkers and Construction Union (AMCU), have embarked on several, often violent, wildcat strikes in recent years.

A source at another South African platinum miner, Impala Platinum (IMPJ.J), said it had offered a similar deal that also included a “peace clause”. Implats is only negotiating with AMCU.

“We’ve learned from the recent past and decided that a peace clause is best practice,” the source said.

A union source told Reuters that Lonmin’s (LMI.L) (LONJ.J) offer was also similar. A spokeswoman for the company said she could not comment at this stage but said negotiations “have gone well”.

The Amplats’ draft agreement says 7 percent or 1,000 rand ($72) per month, “whichever is greater”. For lower paid-miners earning a base pay of around 8,000 rand a month, this would represent an increase of 12 to 13 percent against an inflation rate currently of 6.1 percent.

But drought has fuelled food price inflation, which was running at 11.3 percent in September, and this in turn impacts wage demands as the average South African miner typically has several dependants he or she needs to feed.

AMCU, known for its militancy and strident tone, had been pushing for wage hikes of close to 50 percent but said last week that it had reached “agreements in principle” with Amplats, Implats and Lonmin.

The union was supposed to have a press conference on Thursday to discuss the details but cancelled it abruptly on Wednesday “due to unforeseen matters”.

The union also said last week its members would hold a mass meeting this Sunday to give their final approval. Industry and AMCU sources said the meeting was still expected to take place.

An agreement with Amplats, a unit of Anglo American (AAL.L), is an urgent matter as Sibanye Gold (SGLJ.J) next week takes over its labour-intensive Rustenburg operations, which is where the company’s AMCU membership is concentrated.

South Africa’s platinum industry is still recovering from a five-month strike that AMCU lead in 2014.