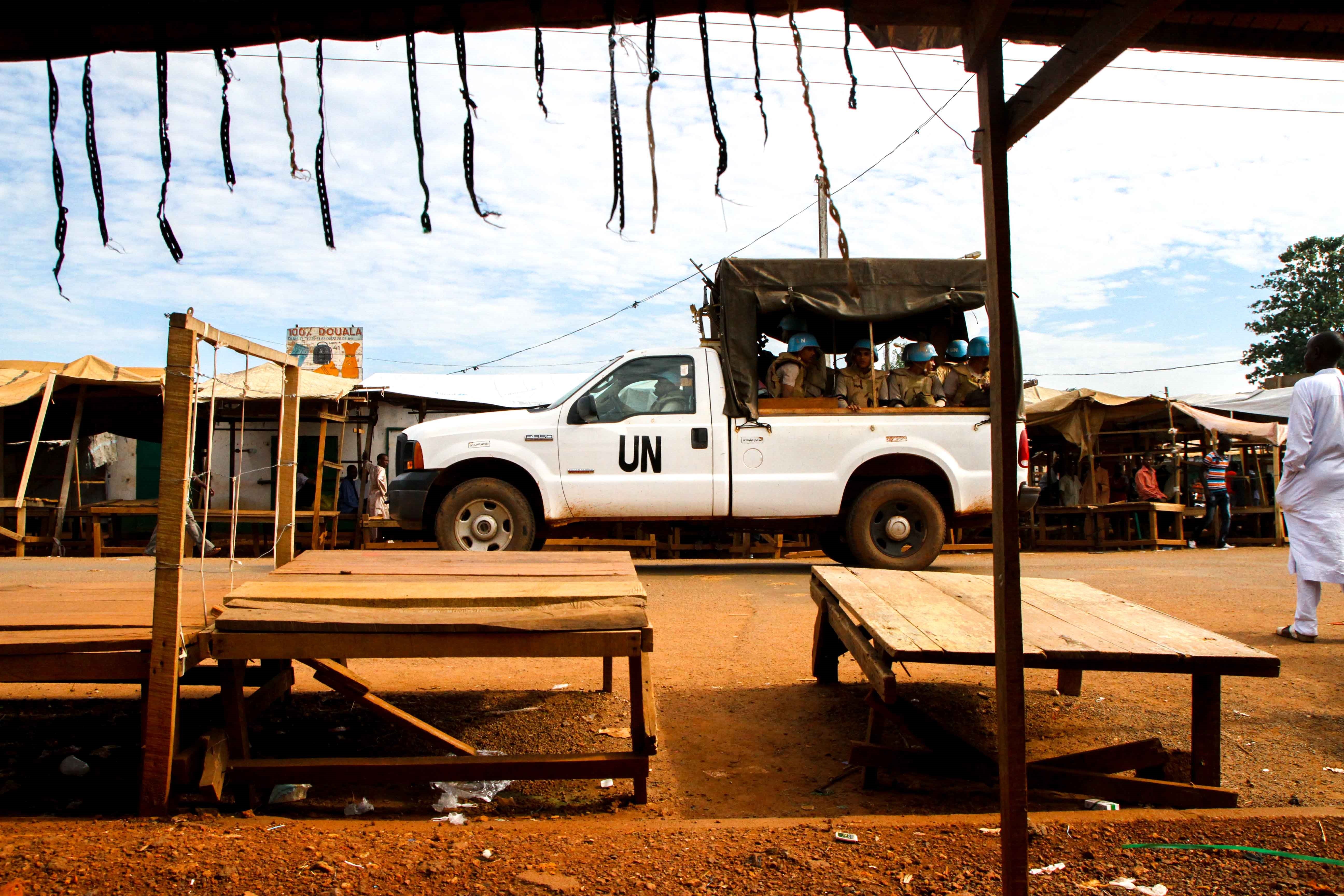 The Central African Republic’s new government is struggling to bring an end to three years of war and sectarian violence, its authority undermined by continuing attacks on civilians by the rival mainly Muslim Séléka and Christian anti-Balaka militias.

Six months after Faustin-Archange Touadéra became the country’s first democratically elected president in three years, his plans for security sector reform, reconciliation, and the reintegration of armed groups into society have been undermined by a steady rate of bloodletting.

On 12 October, Séléka rebels – part of an alliance of northern insurgent groups –killed 30 in an attack on a camp for displaced people in the central town of Kaga-Bandoro.

The rebels stabbed and hacked to death people in the camp who had already been made homeless by previous violence, in what local media reported as retaliation for the murder of four young Muslims in the town.

UN peacekeepers based in Kaga-Bandoro shot dead 12 of the attackers.

Last month, the same group of rebels raided the village of Ndomete, 15 km from Kaga-Bandoro, killing at least six people.

Despite high hopes following the election of Touadéra, CAR remains a deeply divided nation, with government authority contested across large sections of this mineral-rich but profoundly poor country.

Séléka fought their way to the capital of Bangui in 2013, staging a coup that led to the establishment of an interim administration.

Their abuses against civilians led to the emergence of “anti-Balaka” self-defence groups, and a wave of sectarian violence in a country that is 80 percent Christian.

The violence and intimidation has forced aid workers to suspend programmes in the Kaga-Bandoro area, even though the humanitarian needs are immense. As a result, more than 120,000 are now without food, health, education, and other relief services.

“On the roads, we get robbed once a month on average,” Katy Kabeya, CAR mission chief for the aid agency INTERSOS, told IRIN. “We are in an area where the state has no authority. So the armed groups collect taxes.”

On 29 September, Fabrizio Hochschild, the UN’s humanitarian coordinator for CAR, visited Ndomete to hear for himself the concerns of the community, sweeping into the village in a fleet of a dozen vehicles.

The primary issue, he was told, was the lack of security.

“Two weeks ago the anti-Balaka came to our village and said they would protect us. We had nothing to do with them,” Gerard Mambissi told Hochschild. “But Kaga-Bandoro’s Sélékas learned about this and then they came to the village. They stole everything. People were killed.”

Mambissi fled into the bush with his children and stayed for a week, waiting for the situation to calm down.

But the residents of Ndomete are also critical of the performance of the UN peacekeeping mission known as MINUSCA, despite the fact that the same contingent repelled this week’s attack in Kaga-Bandoro.

The areas blue helmets hail from Pakistan, and locals said that as Muslims they are naturally sympathetic to the Séléka.

This sort of sectarian suspicion is rife in a country that is still deeply polarised three years on from the 2013 coup, and communities remain on a short fuse. The 3 October killing of a senior army officer in the predominantly Muslim PK5 district of Bangui triggered reprisal violence in which at least 12 people died.

Among those killed were five men either burned alive or lynched simply because they were members of the Fula ethnic group, from the Muslim north of the country.

More than 384,000 people remain displaced by the violence in CAR, with at least 80 percent of the Muslim population driven out of the county. Reconciliation, and the return of people to now ethnically cleansed old neighbourhoods, remains painfully slow.

“Hostilities between anti-Balaka militias, ex-Séléka rebels, armed Muslim self-defense groups and other armed groups, as well as between international peacekeepers and these groups, continue to pose a threat to populations,” according to an Augustreport by the Global Centre for the Responsibility to Protect.

Uganda’s Lord’s Resistance Army has also exploited the security vacuum to expand its operations in the remote south and east of the country.

The report called on UN and remaining French forces in the country to “forcibly disarm groups that continue to threaten populations. MINUSCA must ensure it deploys in adequate numbers to all areas where vulnerable civilians lack sufficient protection.”

But a long-planned demobilisation is a hard sell, and following the latest PK5 violence anti-Balaka groups met to discuss whether they would still participate in the government’s scheme.

After three hours of talks, they decided not to withdraw. But if Séléka groups push for partition of the parts of the country they control, “we will have to fight back”, said anti-Balaka leader Patrice-Edouard Ngaissona.

The anti-Balaka also want assurances that they will be integrated into the army and consulted in government decision-making – two demands the government has already rejected.

That defiance, and the continued lawlessness, leaves little room for optimism that the government will be able to heal CAR’s divisions any time soon.